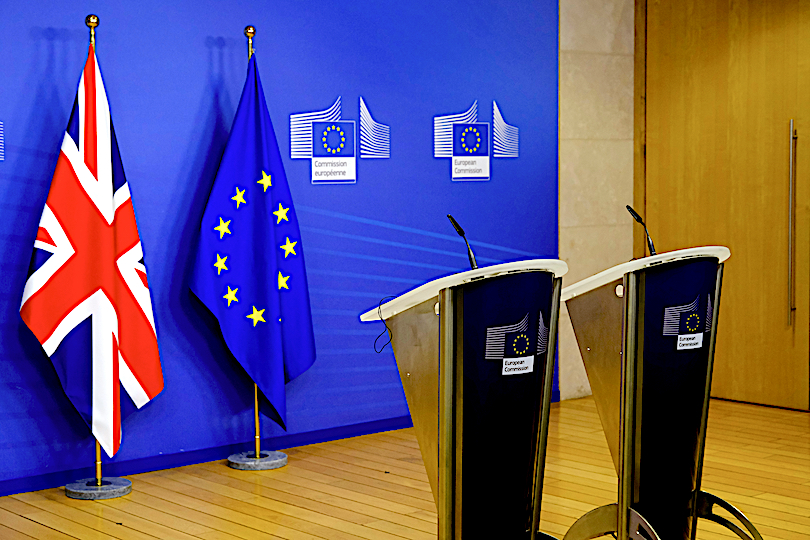 Britain and the European Union took their first step since Brexit to cooperate on financial services, agreeing on a new forum to discuss market regulation.

The move could help finance firms in the City of London to eventually win back some access to the single market they lost when the U.K. left the EU.

The two sides have agreed a memorandum of understanding on financial services, the U.K. Treasury and European Commission said in separate statements Friday. The content and substance of the deal has been finalized, and the two sides are now working on the formal process of validation.

“Technical discussions on the text” have now been concluded, the U.K. Treasury statement said, adding that “formal steps need to be undertaken on both sides before the MoU can be signed but it is expected that this can be done expeditiously.”

The memorandum sets out a framework for regulatory cooperation and a joint forum for discussing rules and procedures as well as the sharing of information. It is separate from any decision on equivalence, a series of unilateral rulings that each side can make that offer market access to financial services.

“The MoU will establish the Joint U.K.-EU Financial Regulatory Forum, which will serve as a platform to facilitate dialogue on financial services issues,” a spokesperson for the European Commission said. “On the EU side, the MoU will take the form of a Union non-binding instrument, which requires endorsement by the Council.”

The pound rose 0.6% to a session-high $1.3812 immediately after Bloomberg reported the news on Friday.

”It’s a positive for sure,” said Jordan Rochester, currency strategist at Nomura International Plc. “The market had come to expect further standoffs on financial regulation and the details still need to be sorted out.”

Since Brexit took effect at the beginning of 2021, London-based financial firms have been largely unable to operate in the bloc, forcing banks like JPMorgan Chase & Co. and Goldman Sachs Group Inc. to move billions of dollars in assets and thousands of staff to the continent. The trade agreement signed by the two sides last year largely sidelined the finance industry, and the EU has said since that it’s in no rush to grant “equivalence” findings that would restore British firms’ trading rights.