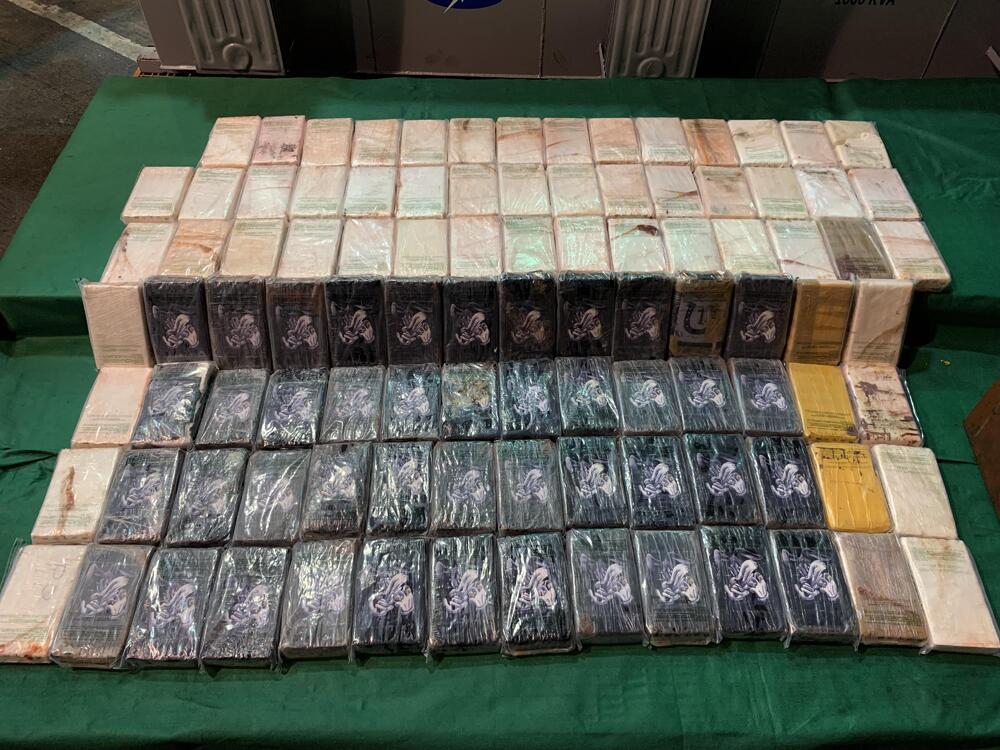 Two teenagers aged 14 and 15 were among three arrested by customs for trafficking cocaine worth about HK$110 million by using a large-scale electric transformer in February.
After risk assessment and intelligence sharing with overseas law enforcement agencies, officers targeted and inspected a seaborne container arriving from Costa Rica, which was declared as containing electric transformers.

About 120kg of suspected cocaine was seized from that shipment, officers added.

Customs then conducted a controlled delivery operation and arrested two men aged 14 and 15 in San Tin on Thursday. The next day, they arrested a 49-year-old woman in Kwai Chung for being involved in this case.

The two teenagers have been jointly charged with one count of attempting to traffic in a dangerous drug, and they will appear in Fanling Magistrates' Courts following Monday (Mar 28).

Officers continued that the investigation is still ongoing.

Customs reminded the public to stay alert and not to participate in drug trafficking activities for monetary return.

Under the Dangerous Drugs Ordinance, trafficking in a dangerous drug is a severe offense. The maximum penalty upon conviction is a fine of HK$5 million and life imprisonment, officers warned.