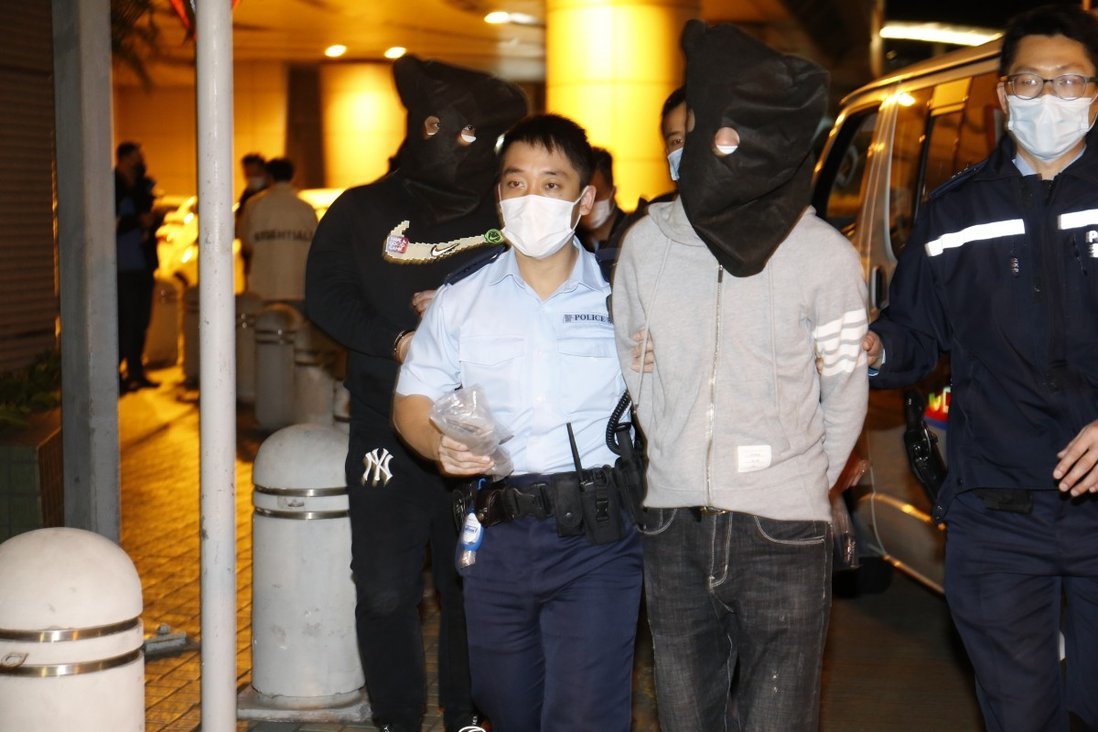 high-speed chase in which two suspected triad members in a Mercedes-Benz pursued a Ferrari from Repulse Bay to Hung Hom in the early hours of Thursday ended with their arrests at the hands of Hong Kong police officers, one of whom was wielding a submachine gun.

The red Ferrari’s 29-year-old driver, a local businessman, and female passenger, 28, were unhurt, according to police.

Officers are searching for at least one more suspect and another Mercedes-Benz in connection to the case, which first unfolded at around 12.30am.

A police source said the initial investigation indicated the incident was linked to debt collection. 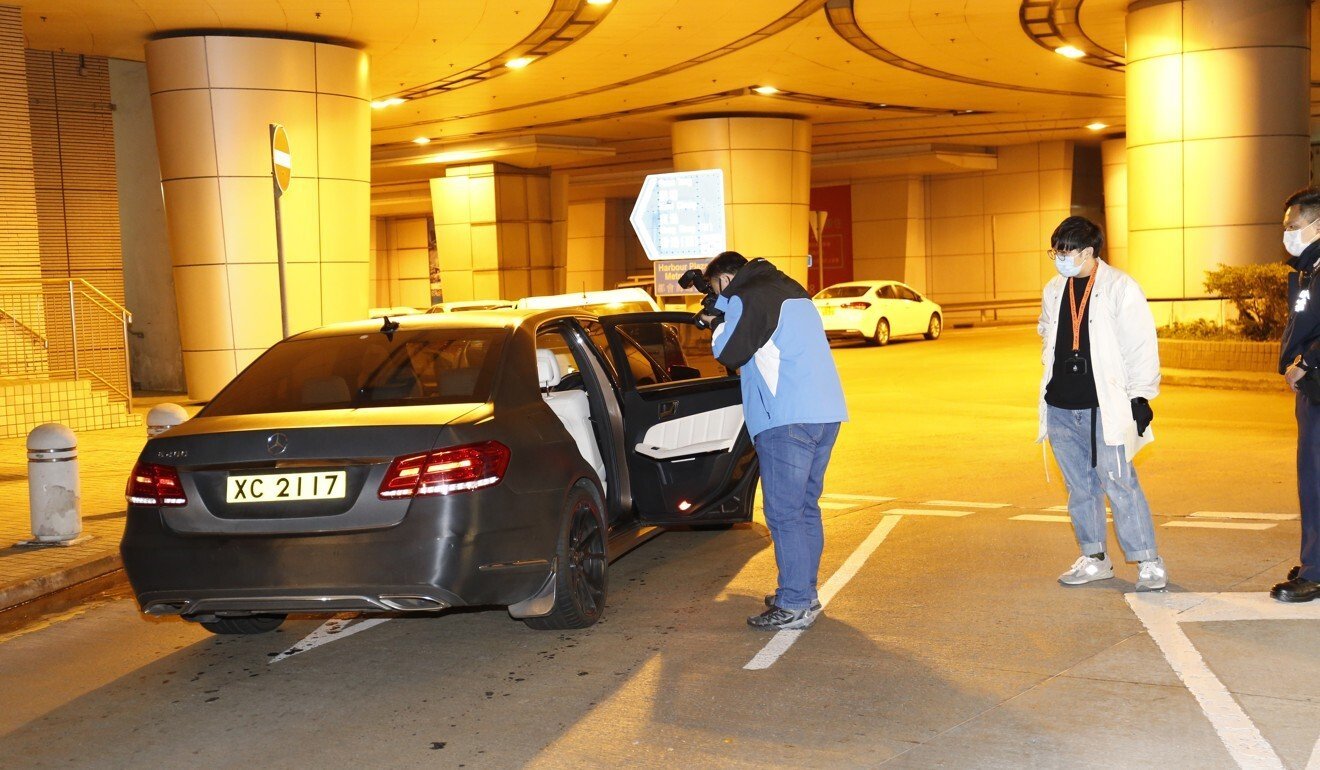 Photos are taken of a Mercedes-Benz allegedly used by triad members to pursue a Ferrari from Repulse Bay to Hung Hom in the early hours of Thursday.

The approximately 13km pursuit began when the businessman drove his Ferrari out of a luxury block of flats – The Lily – on Repulse Bay Road.

According to another source, three men attempted to stop the car on foot, with one of them drawing what appeared to be a pistol.

The victim accelerated to escape and made a 999 emergency call to police, claiming a black Mercedes-Benz was pursuing him. About a minute later, his passenger also called police, saying two Mercedes-Benz – one black and the other pink – were now chasing them.

The Ferrari drove to Hung Hom via the Cross-Harbour Tunnel and met police on Metropolis Drive near the Harbour Plaza Metropolis Hotel about 15 minutes later. The black Mercedes-Benz was found pulled over nearby.

Two officers from the Emergency Unit, one carrying a MP5 submachine gun and the other a revolver, stopped the Mercedes-Benz as it attempted to drive off.

Police said two men – a 32-year-old driver and a 17-year-old passenger – were arrested. Officers seized an axe, a hammer and a flashlight found in their vehicle, though no firearms were present.

The men, suspected to be members of the Sun Yee On triad, were arrested on suspicion of possession of offensive weapons.

As of midday, the two suspects were still being held for questioning and had not been charged.

Officers from the Kowloon City criminal investigation unit are handling the case.