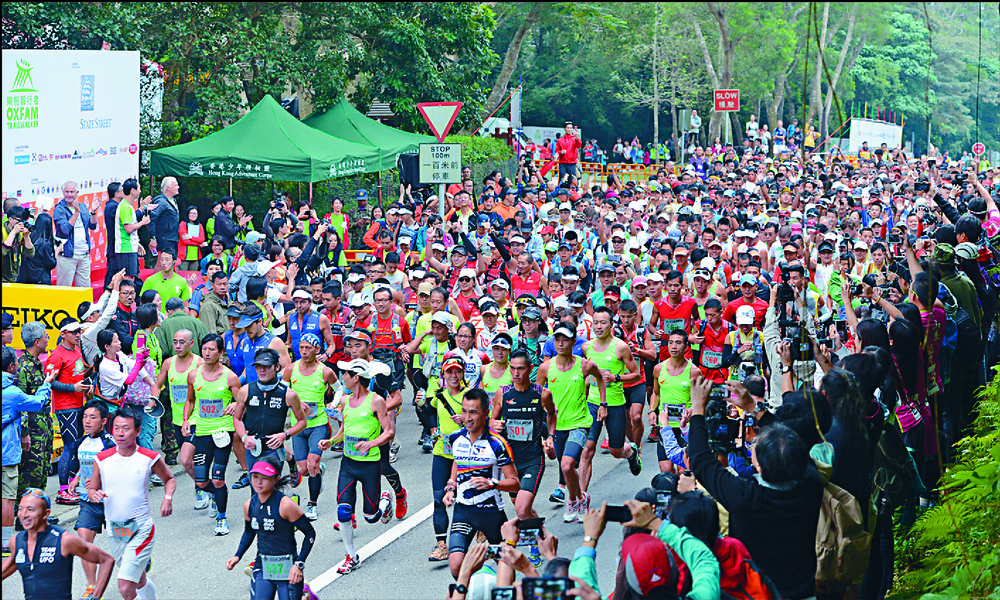 Runners may have to choose between the Standard Chartered Marathon and the Oxfam Trailwalker as both are planned for the same week in November.
Charity organization Oxfam said on Wednesday that after three years of pandemic-induced cancellations, the Trailwalker will likely be held from November 25 to 27, according to The Standard's sister newspaper Headline Daily.

That falls just five days after the marathon on November 20.

The Trailwalker is a worldwide charity event with proceeds going toward alleviating poverty in Africa and Asia.

Participants are asked to complete a 100-kilometer course within 48 hours by hiking through trails in Sai Kung and Yuen Long. That would be a tough follow-up if runners also wish to participate in the marathon earlier that week.

Runners will be able to choose between the 42km marathon, the 21km half-marathon or the 10km run.

In order to avoid a scheduling clash, sources said, this year's Trailwalker was pushed back by around a week.

Despite the precaution, Oxfam said both its event and the marathon will likely see fewer runners participate this year due to the local Covid-19 outbreak.

Marathon enthusiast Walter Cheung Shu-wai said he knows of many runners who would like to join both races, adding people are hoping the interval would not prove too short.

However, Lobo Louie Hung-tak, a lecturer at the department of health and physical education at the Education University, dismissed the concerns.

"A five-day interval would be sufficient for runners with six months of training to replenish and recover."

He reminded runners who intend to participate in both races to take extra care so as to prevent injuries.

In light of Covid, the marathon cut down its entry quota last year to 18,500 from 74,000 in 2019 while the Trailwalker was canceled altogether.

Usually hosted in January or February, the marathon has been ranked among "gold label road races" by the World Athletics. Indeed, over 10,000 runners traveled from abroad to participate in the 2019 marathon.
#COVID-19  #Covid
Add Comment