Two localist lawmakers in Hong Kong have formally decided not to serve out the Legislative Council’s current term – extended by one year by Beijing– a day ahead of the announcement of the results of a citywide poll to determine whether most of the body’s opposition members will stay or go.

Opposition legislators Raymond Chan Chi-chuen, of People Power, and Eddie Chu Hoi-dick, of Council Front, informed Legco president Andrew Leung Kwan-yuen of their decisions in writing on Monday, with Chu stating that he would not serve in “an appointed legislature that breached the Basic Law” – the city’s mini-constitution, which states that each term shall be four years. 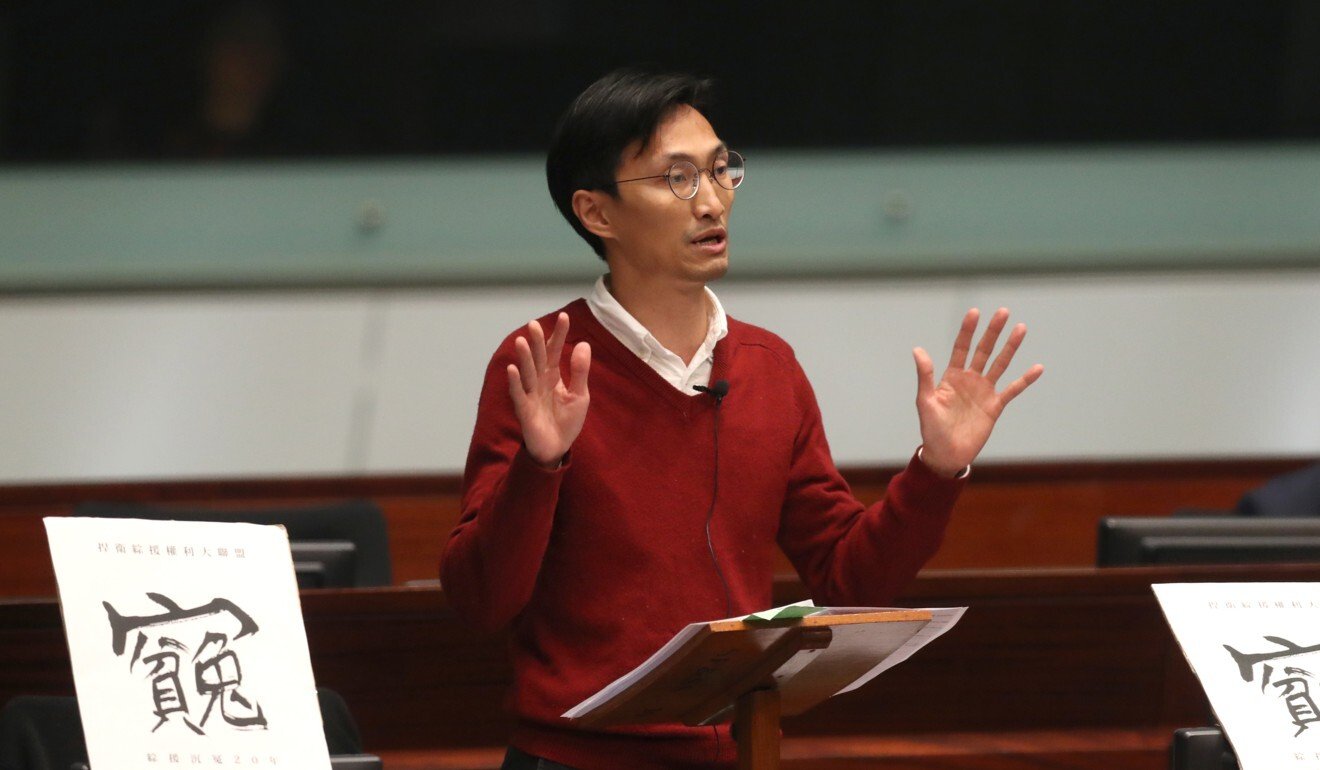 Opposition lawmaker Eddie Chu, who has announced he is leaving the Legco, attends a council meeting last year.

“This is not a council elected by the people,” Chu told the press after rendering his decision. “What Hong Kong people deserve is an earlier resumption of an election, not more endorsement by the Chinese Communist Party.”

The issue of whether to remain for the duration of the extended term has put the city’s pan-democrats in the hot seat ever since China’s top legislative body, the National People’s Congress Standing Committee, approved the local government’s decision on July 31 to delay Legco elections for not less than one year, citing the resurgence of Covid-19 infections.

The pair had criticised the extension for lacking a public mandate, and called for a collective boycott. Chan, on Monday, said that if the opposition poll results showed that the majority of respondents wanted the remaining pan-democrats to follow their lead in quitting Legco, then they hoped to discuss with their allies the possibilities for regrouping outside the council.

“Can we set up a new platform to supervise the administration out of the council, and devise collective strategies towards Beijing?” Chan asked. 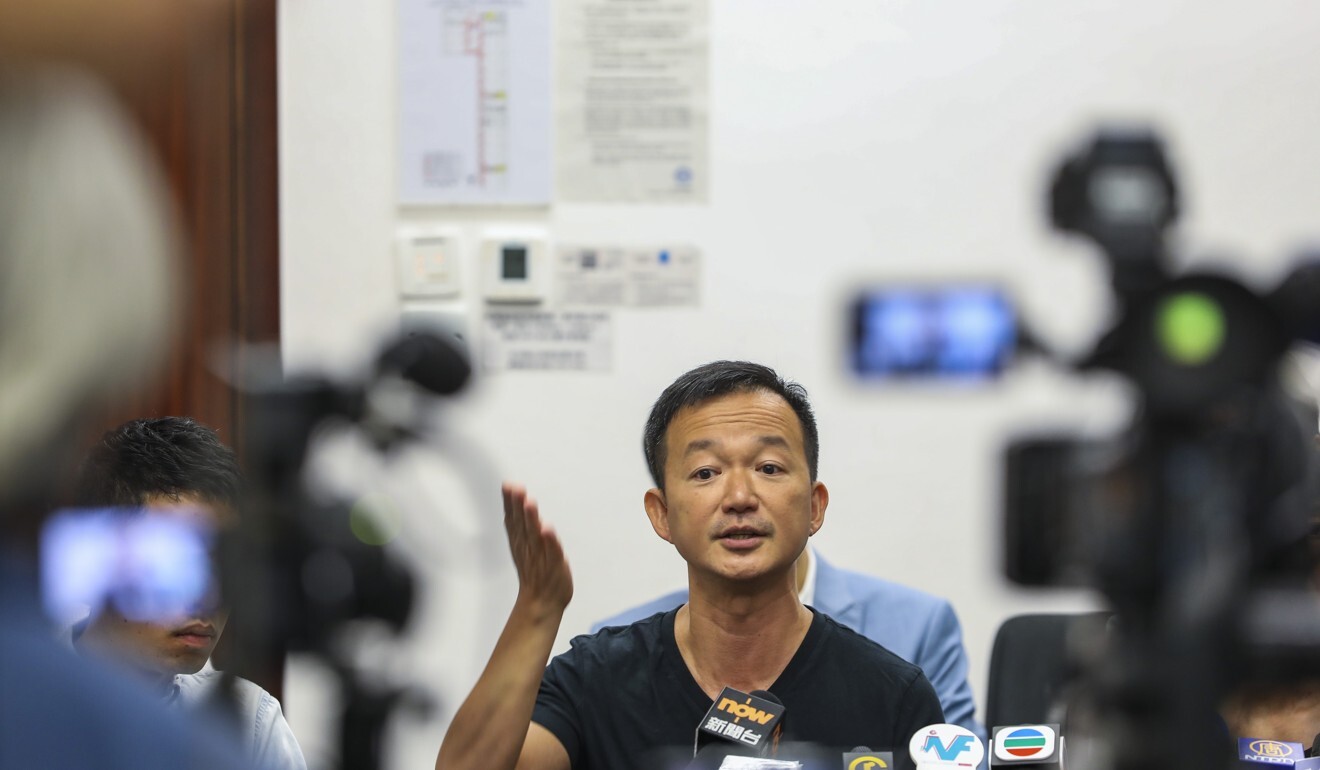 Departing lawmaker Raymond Chan, who has raised the possibility of pan-democrats cooperating outside Legco, speaks to the press last year.

He also requested that Legco extend the use of his office for 20 days, and pay his assistants for handling outstanding administrative and contractual matters.

Tuesday’s poll result will theoretically end the stay-or-go debate within the city’s opposition bloc before the extended term resumes on October 1. Fifteen of the council’s 22 pan-democrats, who did not want to vacate the battlefield, sought to resolve the dilemma by commissioning two independent pollsters to conduct the citywide survey to gauge views from supporters.

The incumbents who have pledged to abide by the result of the poll include seven from the Democratic Party, five from Civic Party, Council Front lawmaker Claudia Mo Man-ching, the Labour Party’s Fernando Cheung Chiu-hung and Shiu Ka-chun, who represents the social welfare sector.

Chung Kim-wah, the deputy chief executive officer of the Hong Kong Public Opinion Research Institute, said his organisation had interviewed about 2,500 residents aged 18 or above, and would submit the poll result to the pan-democrats on Tuesday morning, one day ahead of schedule.

“The high response rate made us complete the interviews earlier than scheduled. This shows the population is concerned about the matter,” Chung said.

Democrat Lam Cheuk-ting, a core member of the “stay” camp, said the bloc would discuss the result internally and announce it in a press conference before noon on Tuesday.

Lam and 14 other pan-democrats have committed to resigning if more than half of their supporters wanted them to do so. In the event of a “stay” vote, Lam said they would explain how the bloc would resist unpopular government proposals under the sweeping new national security law.

“The red line of the security law remains unclear. We shouldn’t draw a circle on the ground and assume the law would suppress all sorts of our deeds and speech against the government inside the chamber,” Lam added.

As the coming term resumes, potentially controversial issues to be discussed in the chamber include the establishment of Hong Kong polling stations in the mainland Greater Bay Area, the implementation of a health code system and the Lantau Tomorrow Vision mega-development.

Pan-democrats had worried that abandoning their cause in Legco would further weaken their ability to block bills in the legislature, which comprises 70 members and has long been dominated by pro-government lawmakers.