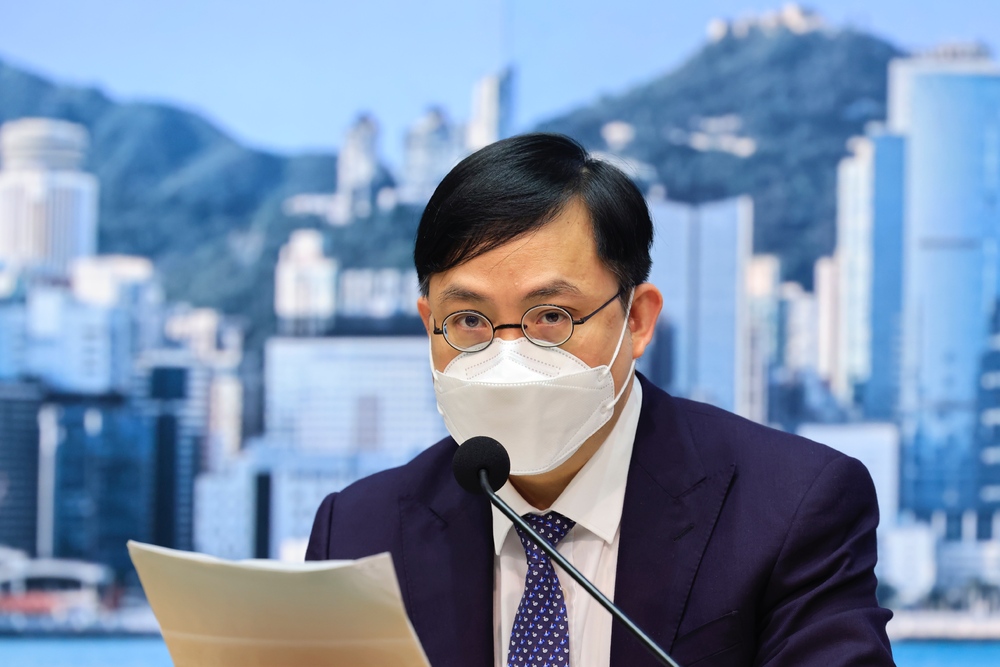 A 44-year-old local cargo flight crew member traveled to the U.S. between last Saturday and Monday for work and tested positive on Thursday as he returned to Hong Kong.

He has received the booster jab and lives in Sai Kung. His case was listed as an imported case as authorities' epidemiological investigation is still ongoing.

Au continued that the center was informed of 18 cases reported by 16 schools, including 16 students and two teachers.

Three of the cases were reported by DSC International School, including two students and a teacher in the same class. Another student in that class was already listed as a confirmed case on Thursday, meaning the cluster now sees up to four infections.

The other 20 students in that class all tested negative, and the center has recommended that the school suspend classes next Monday.

Meanwhile, two cases were identified at the Hong Kong Convention and Exhibition Centre, including a 63-year-old female janitor and a 55-year-old dishwasher.

The 63-year-old woman was among the four new cases involving the new subvariant BA.2.12.1 reported on Thursday. She mainly works on the third floor of the building and last went to work on Monday. She tested positive the same day.

As for the 55-year-old, she had never met the janitor, but the two had been to the staff restaurant at the same time in the morning between May 20 and 23. They shared the same changing room as well.

Au pointed out that health authorities are still investigating if the cluster at the Hong Kong Convention and Exhibition Centre is connected to the McDonald's cluster in Tai Koo Shing.

Hospital Authority's chief manager for integrated clinical services, Larry Lee Lap-yip, reported a new death involving an 82-year-old man who was doubly-jabbed. Lee continued that the patient suffered from other chronic diseases, and his death may not be related to Covid.

Hospitals and treatment facilities are housing 451 patients. Two of them are in critical condition, one in serious condition, and seven are in hospital intensive care units. Lee added that 54 patients have recovered from Covid, and 39 of them have been discharged.
#COVID-19  #Covid
Add Comment