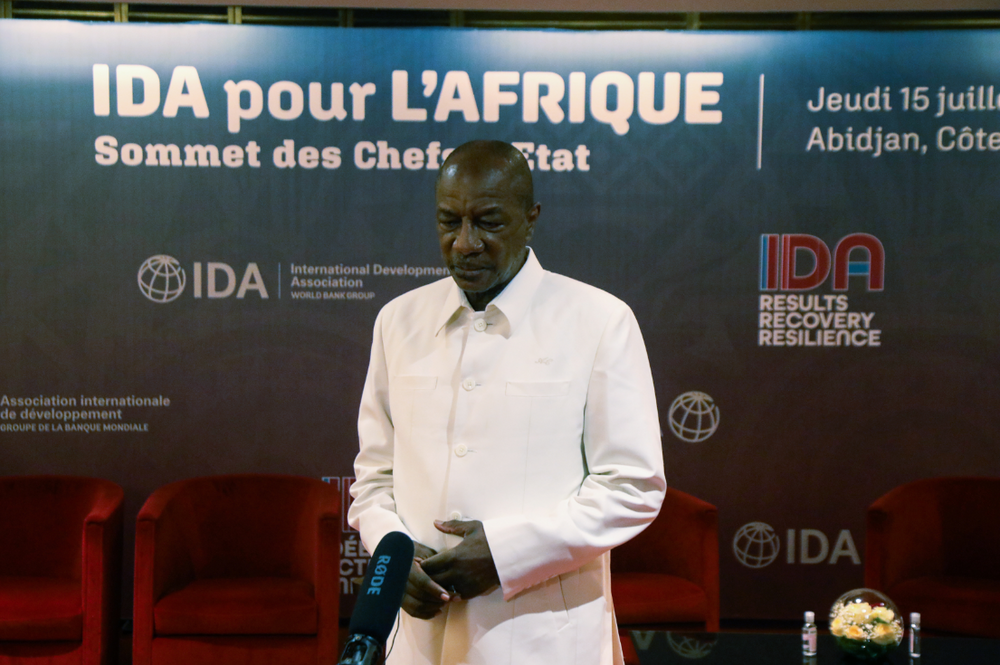 Heavy gunfire broke out near the presidential palace in Guinea's capital Conakry on Sunday morning, with several sources saying an elite national army unit led by a former French legionnaire, Mamady Doumbouya, was behind the unrest.
A senior government official said 83-year-old President Alpha Conde was unharmed, but gave no further details, while witnesses and videos shared on social media showed military vehicles patrolling the streets.

One military source said the only bridge connecting the mainland to the Kaloum neighbourhood, which houses the palace and most government ministries, had been sealed off and many soldiers, some heavily armed, were posted around the palace.

Three witnesses told Reuters they saw two civilians with gunshot wounds. "I see groups of soldiers heading towards the presidency. There has been a lot of shooting," said Ousmane Camara, a resident of Kaloum.

A Reuters reporter saw two convoys of armoured vehicles and pick-up trucks heading towards Conakry Autonomous Port, also near the palace. The convoy was accompanied by a white vehicle that appeared to be an ambulance.

At midday the state broadcaster Radio Television Guinea was broadcasting programs as normal. Local residents said there were no signs of fighting near the station's headquarters, and an RTG reporter said the situation was calm.

Conde won a controversial third term in October after changing the constitution to allow him to stand again despite violent protests from the opposition, raising concerns of a backslide in a region that has seen coups in Mali and Chad in recent months.

Footage shared on social media, which Reuters was not immediately able to verify, showed heavy gunfire ringing out over Conakry, and vehicles full of soldiers approaching the central bank, close to the palace.

"President Alpha Conde is doing extremely well... the situation is under control," an ally of the president said in a video shared on Whatsapp.

Guinea has seen sustained economic growth during Conde's decade in power thanks to its bauxite, iron ore, gold and diamond wealth, but few of its citizens have seen the benefits.