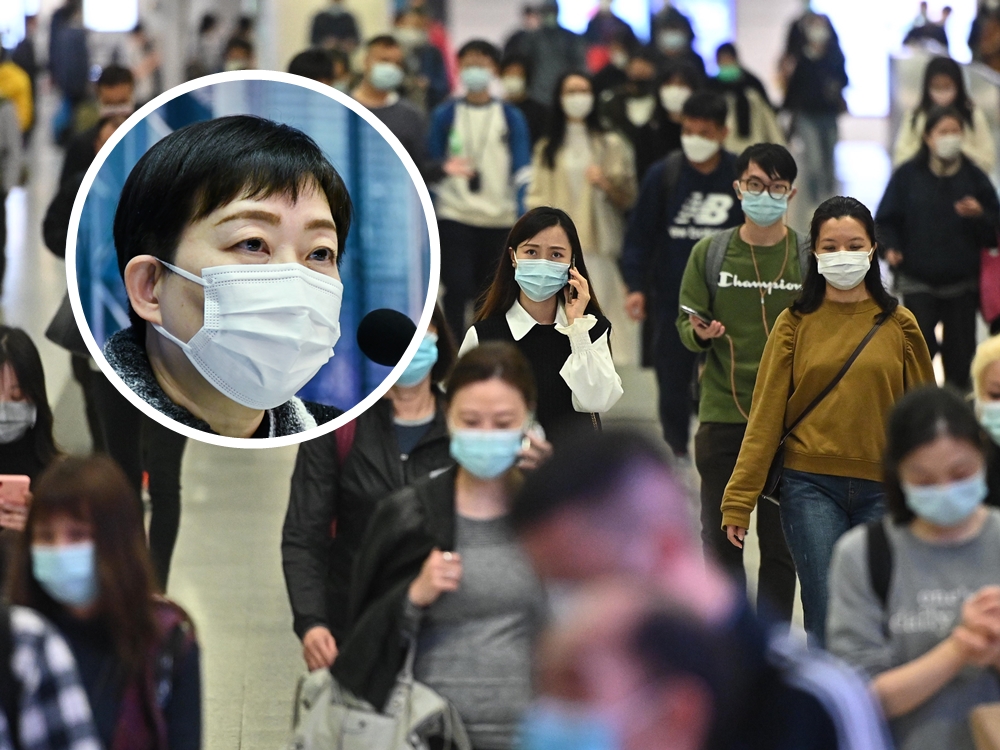 Two people living in Tuen Mun were confirmed to be infected among the eight new Covid-19 cases today. Their sources of infection remain unknown, rasing concerns of silent transmissions within the area.
The eight also comprised six imported cases from Egypt, Pakistan and Indonesia, taking the tally to 11,540 with 205 deaths.

There were also around 10 preliminary positive cases today, mostly being imported cases and one local untraceable case.

Chuang Shuk-kwan, head of the Centre for Health Protection's Communicable Disease Branch, said one of the untraceable cases today is a 41-year-old man who works at Wheelock House in Central, he last worked on April 1 after developed symptoms including coughing on March 29.

He sought medical attention on April 4 and was tested positive for the virus. Fourteen of his colleagues were put under quarantine.

The man lives in King Fu House of Shan King Estate in Tuen Mun. He was said to have been to the Toys"R"Us shop in Ocean Terminal in Tsim Sha Tsui on April 3, he had also been to Sino Centre in Mong Kok.

The other untraceable case is a 71-year-old housewife who also lives in Tuen Mun at Block 3 of Yau Oi Estate. She was said to have suffered from a headache on April 3 and was tested positive for the virus two days later.

Chuang said the woman exercises regularly with her friends in the morning at the open space right beside Tuen Mun Government Offices, she often went to Yo Mart for grocery shopping.

Health officials also confirmed that one preliminary positive case today also lives in Block 3 of Yau Oi Estate in Tuen Mun. The patient is a 70-year-old woman who stays at home most of her time due to bad eyesight. The woman is asymptomatic.

According to Chuang, the flats in which the two patients live were one floor apart from each other and is not facing the same direction.

“We believe the possibility for the 70-year-old contracting Covid from environmental transmission is minimal. It is likely she got the virus from those visiting her,” said Chuang.
#COVID-19  #Covid
Add Comment