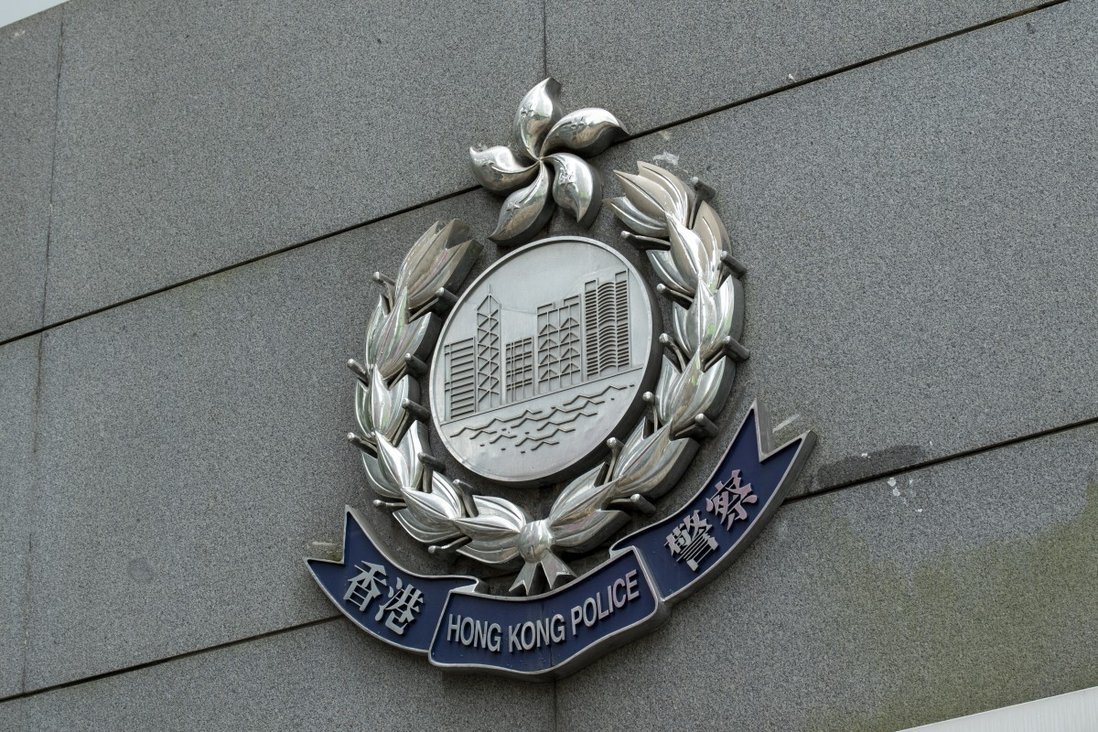 A Japanese language teacher and a part-time cabby were detained on Thursday for allegedly helping two suspects flee Hong Kong to escape arrest in connection with the case of a construction worker who was set ablaze in one of the most horrific acts of violence to emerge from 2019’s anti-government protests.

The duo were accused of buying air tickets for the two suspects, aged 17 and 25, who flew out of the city shortly after the November 11, 2019 incident, according to acting police superintendent Ng Kei-chun, of the commercial crime bureau.

According to a source, the two fugitives fled to Taiwan, but it was not known whether they were still there.

The two men arrested on Thursday, aged 39 and 60, were taken into custody at their homes in Chai Wan and Yuen Long. The younger of the two men is a private Japanese tutor, while the other is a part-time taxi driver.

They were arrested on suspicion of assisting offenders – an offence that carries a maximum penalty of 10 years in jail.

As of Friday afternoon, the two were still being held for questioning and had not been charged.

Ng said one of the two male fugitives was believed to have been the perpetrator who doused the victim with flammable liquid before setting him alight. 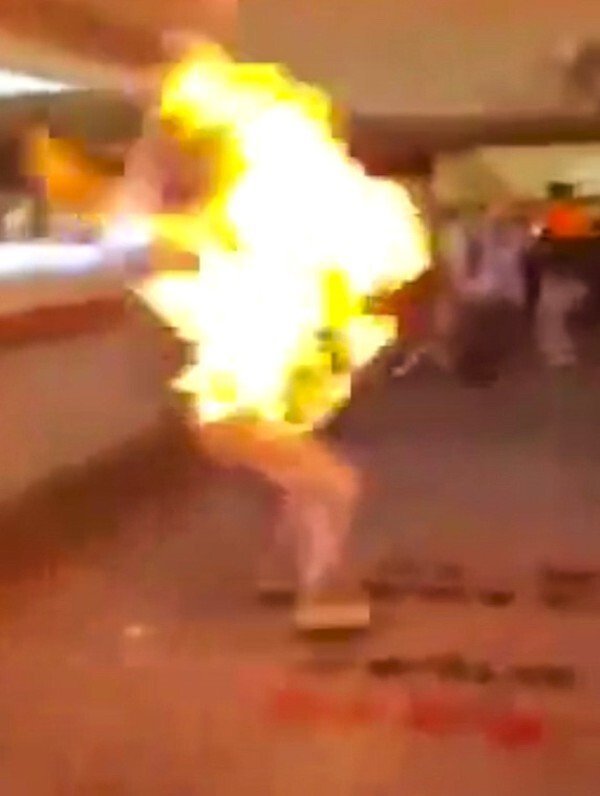 The attack near Ma On Shan MTR station, which left the man with second-degree burns over a third of his body.

He said the other man was the attacker’s accomplice and had also been at the scene of the crime, adding that the two left the city in November and December of 2019, and had been placed on police’s list of wanted persons.

“Absconding is an irresponsible act. Every individual should take responsibility, including legal liability, for their actions,” Ng said.

The November 11 incident was classified as attempted murder, with police offering a HK$400,000 (US$51,600) bounty. The attack took place at Ma On Shan MTR station, where the victim first confronted black-clad protesters who had smashed glass windows and damaged facilities.

He chased them, only to become involved in a scuffle with other people on a footbridge who he accused of blocking his path. During the row, radical protesters appeared and doused the victim with flammable liquid and set him ablaze.

The victim, who has been granted anonymity by the court later for his personal safety, suffered second-degree burns to almost a third of his body in the attack.

So far, police have arrested 18 people – 14 men and four women, aged between 16 and 60 – in connection with the criminal damage at the station and the attack.

Ng said the suspects included students, clerks and construction workers, and their offences spanned rioting, conspiracy to cause criminal damage and disorderly acts in a public place.

Hong Kong was rocked by months of social unrest starting in June of 2019, sparked by the now-withdrawn extradition bill that would have allowed fugitive transfers to mainland China. The protests morphed into a wider anti-government campaign and calls for police accountability.