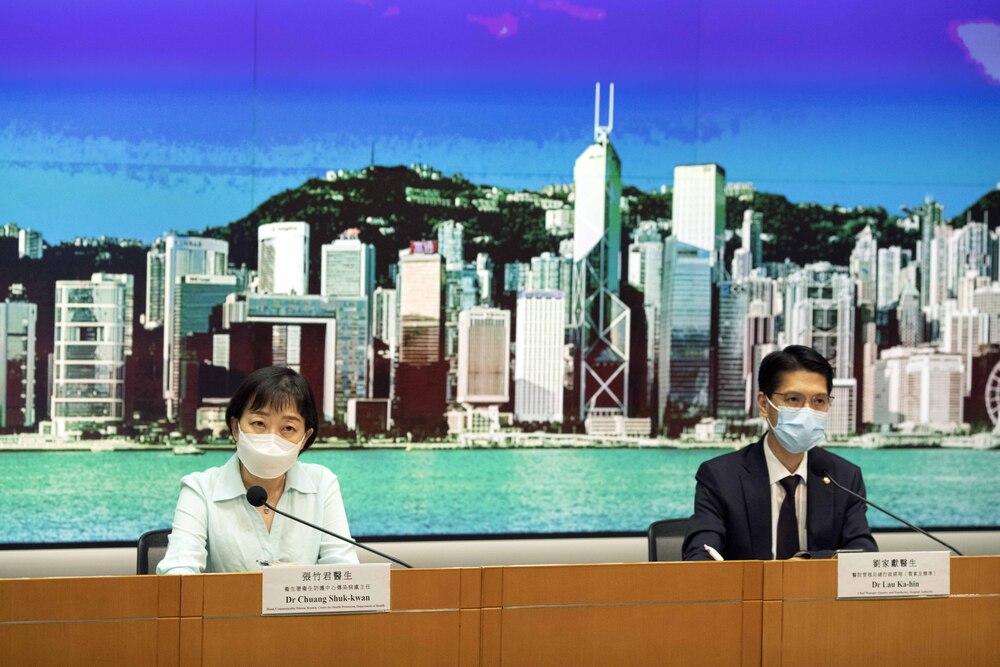 Hong Kong reported 366 new Covid-19 cases and 11 related deaths on Friday, as authorities grounded two flights from Amsterdam and Dubai for a week.
Among the new cases, 196 were confirmed through PCR tests, and 170 were positive rapid antigen test results reported by citizens.

The overall tally of the fifth wave of the pandemic outbreak has exceeded 1.19 million, the Centre for Health Protection's Chuang Shuk-kwan reported.

Chuang added 14 imported cases, and eight of them were detected at the airport on Thursday, including three traveling on flight CX270 and two on flights CX104 and CX363. Chuang also said four patients traveled on flight EK384.

The two flights -- CX270 run by Cathay Pacific from Amsterdam and EK384 run by Emirates from Dubai -- were then grounded for a week from Saturday to next Friday (May 6) for carrying three Covid patients at once triggering the flight suspension mechanism.

No new infection outbreak was detected at elderly homes or care centers.

Hospital Authority's chief manager for quality and standards, Lau Ka-hin, reported 11 deaths, on the other hand, pushing the death tally to 9,085.

Six deaths were logged in public hospitals yesterday, involving two men and four women aged between 71 and 96. Two of them were residents of elderly homes, and three had no vaccination record.

Meanwhile, the other five deaths were reported by forensics, involving four men and a woman aged between February 25 and late March.

Public hospitals and treatment facilities are now housing 1,530 infected patients. Among them, one is in serious condition, and eight in critical condition have been admitted to hospitals' intensive care units.