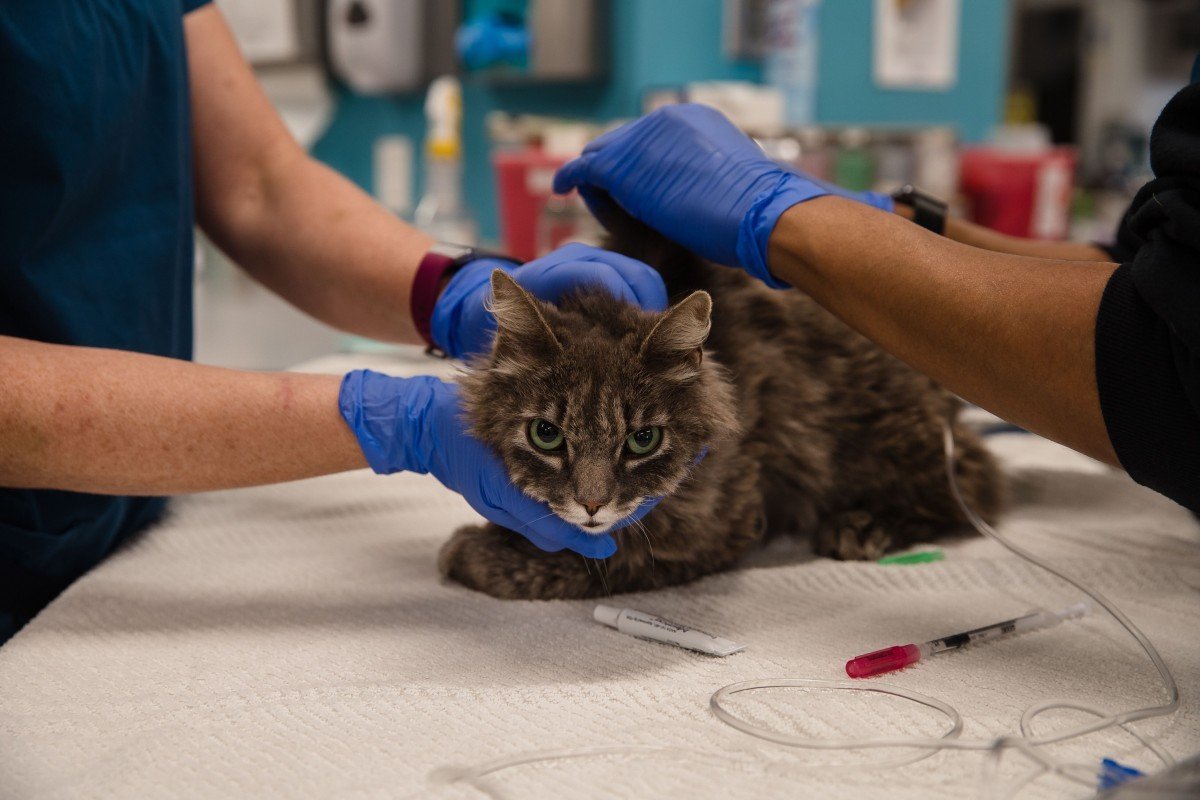 The felines have mild respiratory illnesses and are expected to recover. They are thought to have contracted the virus from people in their households or neighbourhoods

The cats, which had mild respiratory illnesses and are expected to recover, are thought to have contracted the virus from people in their households or neighbourhoods, the US Department of Agriculture and the federal Centres for Disease Control and Prevention said.

The finding, which comes after positive tests in some tigers and lions at the Bronx Zoo, adds to a small number of confirmed cases of the virus in animals worldwide. US authorities say that while it appears some animals can get the virus from people, there is no indication pets are transmitting it to human beings.

Still, the CDC is recommending that people prevent their pets from interacting with people or animals outside their homes – by keeping cats indoors and dogs out of dog parks, for instance.

Coronavirus testing for pets is not recommended unless an animal has been exposed to a person with Covid-19 and the animal has symptoms of the disease – and tests have ruled out more common possible causes, said Dr Jane Rooney of the USDA. Veterinary surgeons who think testing is warranted are supposed to contact state officials to decide.

Barton Behravesh said the animal tests are done at veterinary labs and use different chemicals than human tests, which have been in short supply during the crisis.

The American Veterinary Medical Association says pets can stay in homes where a person has Covid-19, so long as the animal can be cared for.

“In this emergency, pets and people each need the support of the other,” the group said in a statement Wednesday.

Scientists studying the virus have been looking closely at links between human and animals. While a consensus is still evolving, the leading theory is that infection among humans began at an animal market in China, probably from an animal that got the virus from a bat.

Scientists are working to understand the potential for transmission to animals in homes, farms and elsewhere. So far, it does not appear that livestock or poultry are susceptible, Rooney said.

The two cats live in different parts of the state; the USDA and CDC would not say where specifically.

The first cat fell ill about a week after a person in its household had a short respiratory illness, though the person’s ailment was not confirmed to be Covid-19, Barton Behravesh said. The animal goes outdoors at times and might have come into contact with an infected person in the area, she said.

The second cat’s owner tested positive for Covid-19 before the cat became sick, officials said. Another cat in the same home has not shown any signs of illness.

The agencies have recommended that any pet owners with Covid-19 avoid petting, snuggling or other contact with their animals as much as possible, including wearing a face covering while caring for them.

There have been a handful of reports outside the US of pet dogs or cats becoming infected after close contact with contagious people, including a Hong Kong dog that tested positive for a low level of the pathogen in February and early March.

Hong Kong agriculture authorities concluded that pet dogs and cats could not pass the virus to human beings but could test positive if exposed by their owners.

A tiger at the Bronx Zoo had what was believed to be the first confirmed coronavirus case in an animal in the US or a tiger anywhere. The four-year-old Malayan tiger, named Nadia, was tested after starting to showing signs of illness on March 27, 11 days after the zoo closed to the public because of the virus.

Three other tigers and three lions later showed symptoms. Tests subsequently confirmed they all had the virus, as did another tiger that shares their exhibit but did not show any signs of illness, the zoo said on Wednesday. All the affected cats are doing well, with good appetites and much less coughing, the zoo said.

Zoo officials said they believe the animals were exposed by a keeper who had the virus but was not showing symptoms at the time. Staffers who work with the cats have since started wearing infection-protection garb.