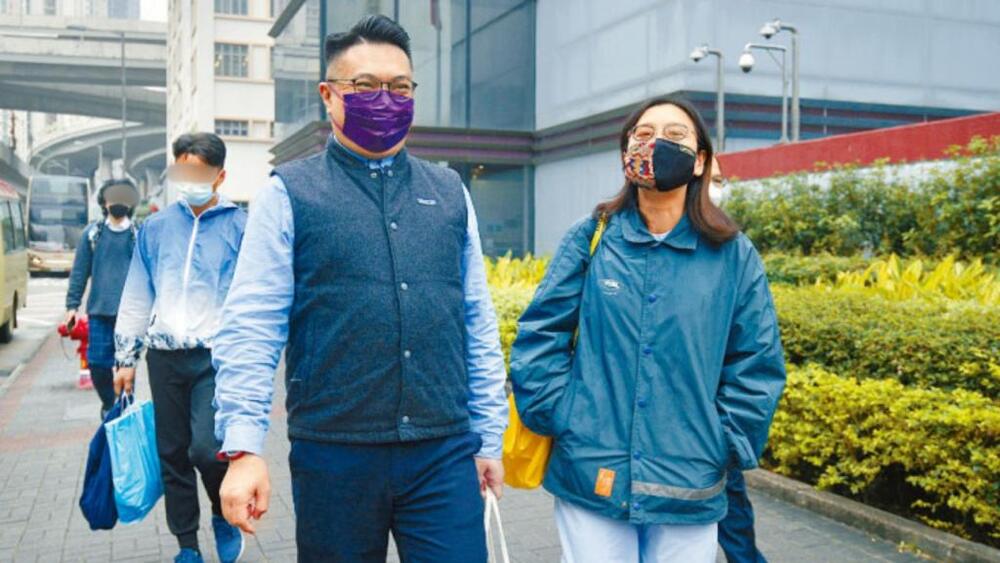 Two candidates on the same nomination list of the 2020 Legislative Council election for the New Territories West geographical constituency were sentenced to three weeks’ imprisonment for failing to lodge an election return.
48-year-old Lucia Chiu Po-kam and 41-year-old Wong Chun-lam, both charged by the ICAC, earlier pleaded guilty to one count of failing to lodge an election return as required by the Elections Ordinance. Chiu and Wong were sentenced to three weeks in jail at the Kwun Tong Magistrates’ Courts on Monday.

The court heard that the election was originally scheduled for September 6, 2020. During the nomination period which ran from July 18 to 31, the Registration and Electoral Office (REO) received a nomination form for the New Territories West geographical constituency from the duo. Chiu and Wong were respectively the first candidate and the second candidate on the same nomination list.

The REO then referred the case to the ICAC and rendered full assistance to the Commission during its investigation into the case.

In sentencing, Principal Magistrate Bina Chainrai said the acts of the duo might lead to possible damage to the electoral system, adding that custodial sentences were inevitable in view the public interest involved.
Add Comment