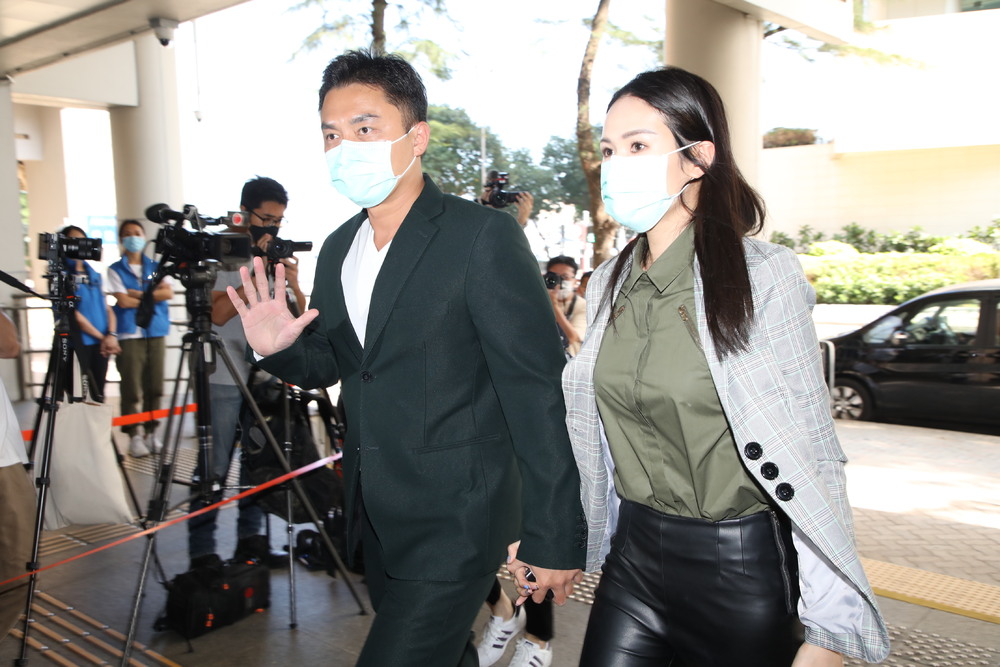 Hong Kong television star Mat Yeung Ming was sentenced to 18 days in jail for careless driving and illegally tinting his car windows and has been granted bail for an appeal.
The 40-year-old TV star was also fined HK$2,000 and ordered to attend a driving improvement course by magistrate Daniel Tang Siu-hung at Eastern Magistrates' Courts on Thursday.

He was granted a HK$30,000 cash bail pending his appeal, during which he will also have to observe a travel ban, stay in his house, and report to police three times a week.

Yeung, whose real name is Lam Ming-lok, lost control of his black Mercedes on Magazine Gap Road in the early hours of August 8, 2020 and crashed the vehicle into a road sign.

Passing sentence, Tang said it is lucky that no one was injured in such a serious case. Tang also pointed out that Yeung had not learned his lesson after being convicted of drunk driving in 2005.

The magistrate added that it is Yeung’s consumption of alcohol that undoubtedly played a part in the accident, causing him to lose control of his vehicle.

In December last year, he admitted to the two motoring offenses but denied a third of failing to provide a blood sample, a drink-driving-related offense of which he was acquitted following a trial this March.

On the conclusion of that trial, his then counsel Cheng Huan SC immediately filed an application to reverse his two guilty pleas in an attempt to secure his release, after learning he could be remanded in jail before sentencing.

Cheng cited Yeung had been misled into believing that he would not be sentenced to a term of imprisonment or remanded in custody for the offenses. The magistrate subsequently accepted the explanation and allowed Yeung to remain out on bail awaiting trial.

Prosecutors lodged an appeal against the magistrate’s decision to allow Yeung to back out of those pleas, which was later turned down. At a review hearing in July, Yeung again decided to stand by his initial decision to plead guilty to the two offenses.

In Hong Kong, careless driving and unlawfully reducing the visibility of car windows are punishable by six months behind bars and a fine of HK$5,000.
#Mercedes
Add Comment