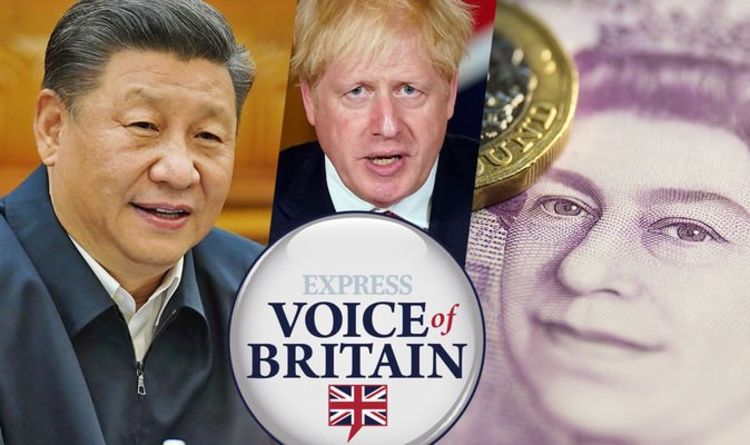 Boris Johnson should stop foreign aid payments to China , according to a poll of Express.co.uk readers, after it emerged a staggering amount of UK taxpayers' money was being sent to Beijing.
The UK economy is facing its worst financial crash in modern history due to the coronavirus pandemic and it has emerged £71million of taxpayers’ money was handed to China in just one year. Relations between the UK and China have become strained ever since Beijing pushed through with its controversial new Hong Kong security law.

A huge 98 percent (1,651) of readers think the payments should be stopped and voted 'yes'.

Just one percent (27) of participants think the UK should continue to make contributions and voted 'no'.

A number of Express.co.uk readers let their feeling known in the comments section of this website.

One user said: “Turn off the tap, pull out the plug. That goes for all foreign aid as well.

“Just send aid on a case by case basis and only then in dire emergencies.”

A second reader wrote: “I do not know who gives out this money to China, I know one thing they need to see a shrink.”

A third said: “This is what needs to stop for good with us in debt and we are still paying out no wonder I'm still paying tax on a pension.”

The astonishing figure was published in the Department for International Development’s annual report.

It found in 2018, the £71.6million payment was sent to China either directly from the UK or via the European Union or United Nations.

The money was being used for a range of purposes including training primary school teachers, combating illegal trade in wildlife and helping Chinese businesses.

In light of the coronavirus pandemic, Foreign Secretary Dominic Raab said £3billion would be cut from the aid budget next year.

But Mr Raab insists the UK will still meet its commitment to spend 0.7 percent of gross national income (GNI) on international development.

He said: “It is utter madness that we are busy trying to improve the prospect for business in a country that is breaking every rule in the book.

“China is the second-largest economy in the world, and it is winning business all over the world by undercutting firms in the West.

“It has the largest sovereign fund in the world, and it sells more than it imports. Meanwhile, we are helping these Chinese businesses.

“This makes it all the more urgent that we have a strategic review of the entirety of our relationship with and our dependency on China, including this sort of nonsense spending on aid.”
#Coronavirus  #Boris Johnson
Add Comment