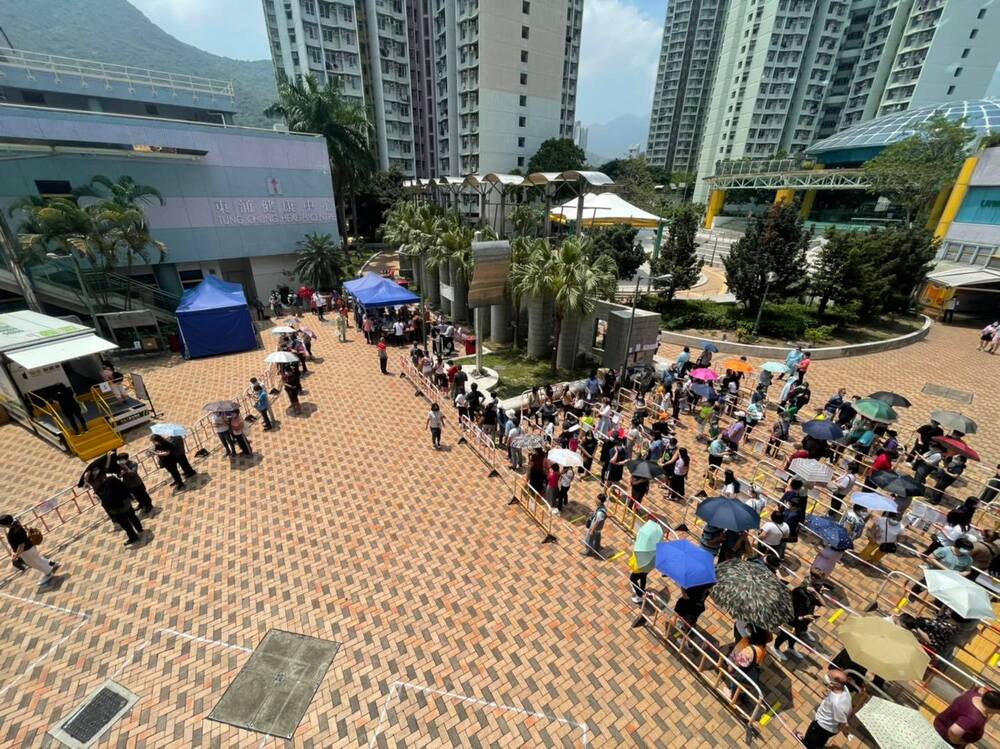 People are already queuing up outside the pop-up Covid-19 testing stations in Tung Chung this morning before they even opened, after a resident in the area was tested positive for the mutated coronavirus strain via an unknown local source.
A domestic worker who lives in Tower 11 of Caribbean Coast had contracted with the mutated Covid strain earlier, and was said to have visited a shopping mall, a park, and a wet market in Tung Chung.

Apart from the domestic worker, the 10-month-old baby she cares for was also confirmed with the virus.

Mandatory testing notices have been issued for people who have visited those places and those people are required to get tested by Saturday.

Her infection also triggered a compulsory quarantine for all residents living in the same residential block with the domestic helper.

As of today noon, the evacuation is still ongoing, with residents boarding designated shuttle buses and brought to quarantine camps after they check in with health officials.

A mother, who was queuing outside the temporary testing station, was worried that the mutant strain had been spreading among foreign domestic workers.

“Many domestic workers gathered around during weekends, and they also pick up children from schools. The government should really step up their efforts this time to stop this from turning into a community outbreak," she said.
#COVID-19  #Covid  #Coronavirus
Add Comment