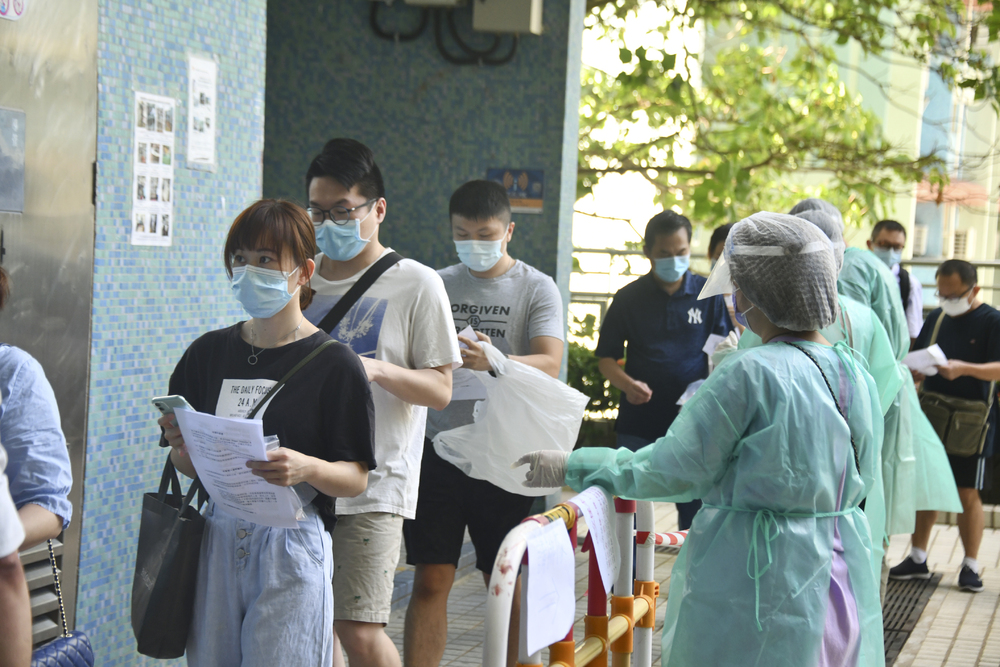 A public housing block in Tsz Wan Shan has been slapped with a compulsory testing notice after a resident tested positive for Covid-19 in Singapore.
The Centre for Health Protection of the Department of Health announced on Sunday a case of Covid-19 involving a 18-year-old male patient who lived at Ching Tak House of Tsz Ching Estate.

He traveled to Singapore on October 24 by flight TR981, and his specimen collected upon arrival at Singapore tested positive.

He received two doses of BioNTech vaccines in Hong Kong.

The center is following up on the case with the Singapore's health authority, and the epidemiological investigations as well as contact tracing of the case are continuing.

The housing block where the patient lived in during the incubation period has been included in a compulsory testing notice. The residents involved must get tested on or before November 1.

Meanwhile, authorities also reported one imported case involving a 37-year-old female patient, taking the number of cases to 12,347 in Hong Kong so far.

She arrived at Hong Kong from the United Kingdom via flight BA031 on October 29. She received two doses of BioNTech vaccines in Hong Kong and tested positive for a mutant strain.
#Vaccines  #BioNTech  #COVID-19  #Covid
Add Comment