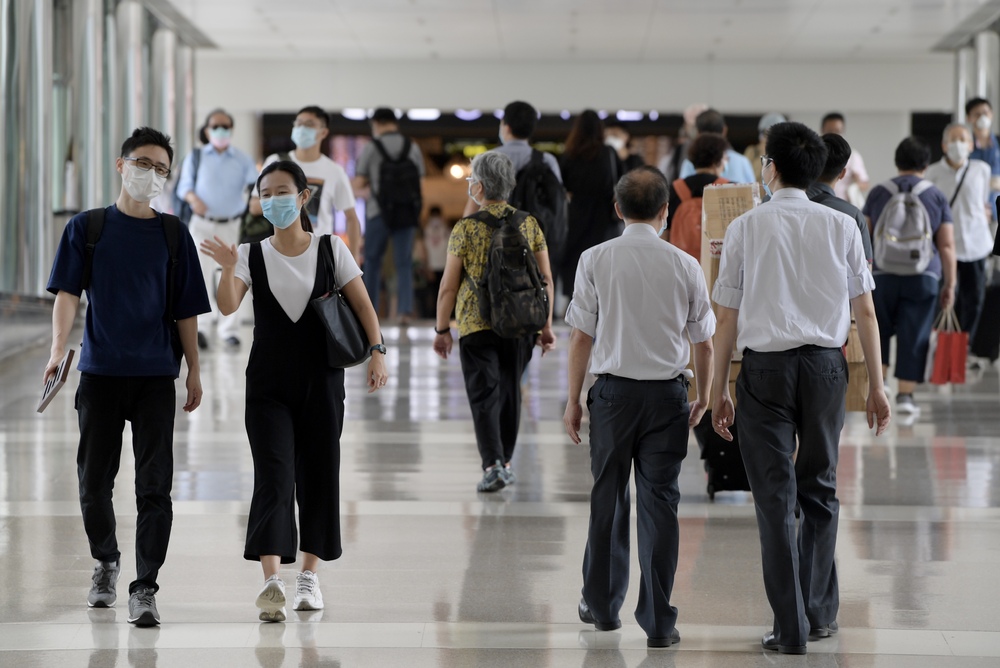 Hong Kong on Saturday reported four imported cases, while Hong Kin House of Tsz Hong Estate in Tsz Wan Shan was named in compulsory testing notice amid mutant strain fear.
The cases were imported from Canada, Japan, the Philippines and the United Arab Emirates. The four patients all didn't develop symptoms of Covid-19.

The Tsz Wan Shan building was named in compulsory testing notice after a 52-year-old man who lived there tested positive for L452R mutant strain. He tested negative in Hong Kong on August 20 and traveled to the US two days later.

He returned to Hong Kong from Japan on September 10 on flight JL735, and tested positive for the mutant strain at the airport. He received two doses of Sinovac vaccine on May 31 and June 28 in Hong Kong.

For the remaining cases, the first case involved a 60-year-old man arriving from Canada. He underwent quarantine at Hong Kong SkyCity Marriott Hotel in Chek Lap Kok. He received two doses of AstraZeneca and Moderna in Canada on March 20 and June 15.

The second case saw a 30-year-old woman caught the virus. She arrived from the Philippines and underwent quarantine at Silka Tsuen Wan Hotel in Kwai Chung. She completed Sinovac vaccination course there on June 25 and July 29.

The last case involved a 27-year-old man who arrived from the United Arab Emirates and underwent quarantine at Silka Far East Hotel in Tsuen Wan. He received two doses of BioNTech vaccine on May 3 and 24.