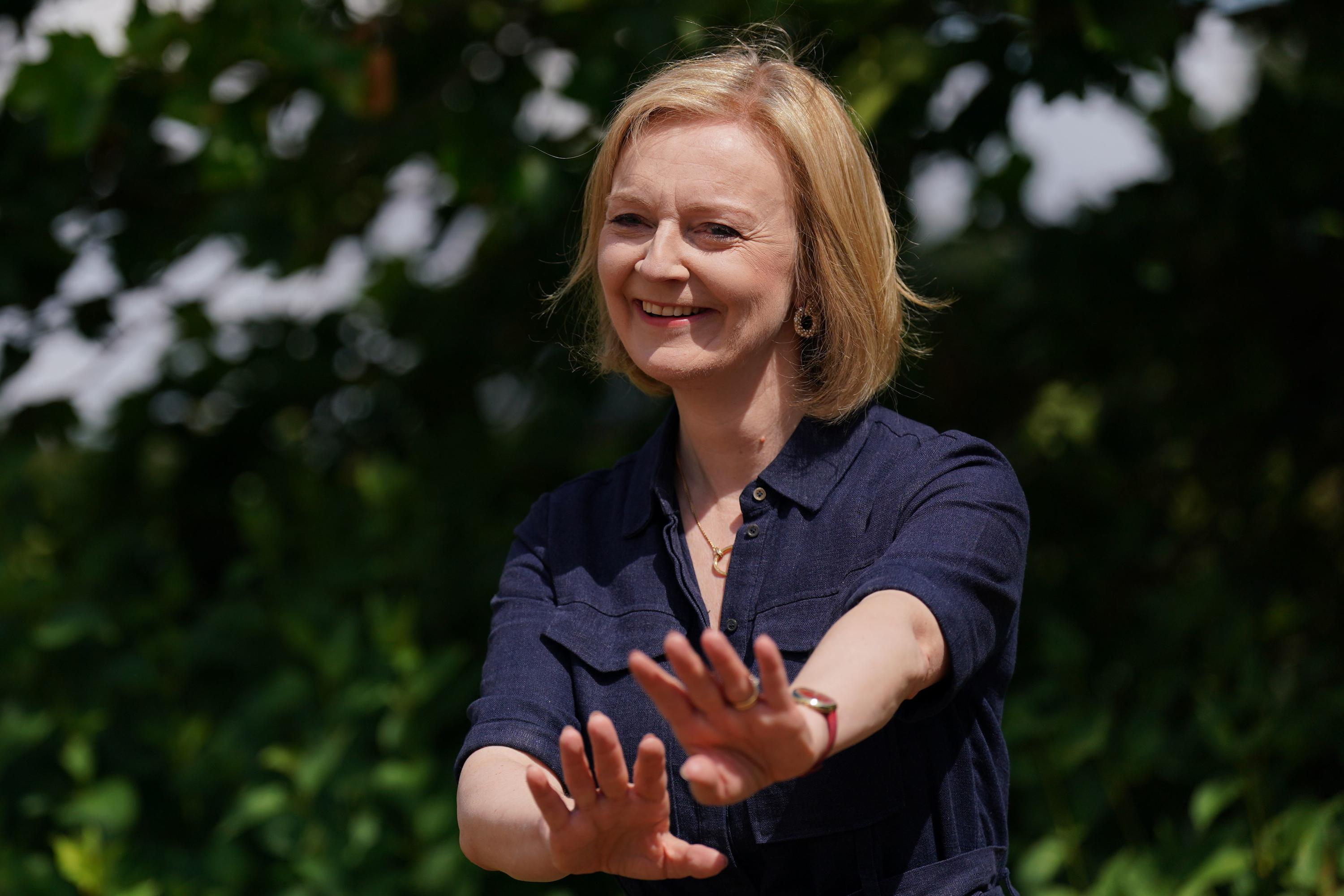 U.K. Foreign Secretary Liz Truss cemented her place as front-runner in the race to replace Prime Minister Boris Johnson, winning endorsement Saturday from an influential former rival for the top job.
Tom Tugendhat, who was eliminated from the contest in earlier rounds of voting by Conservative lawmakers, said Truss had the “resolution, determination, and passion” to be prime minister.

The endorsement is a blow to ex-Treasury chief Rishi Sunak, the other finalist in the race for the next Conservative leader. The winner will be decided by votes from about 180,000 party members across the country.

Polls give Truss an edge with Tory members, though Sunak is more popular with the general public, who don’t have a say in the race. The winner will be announced Sept. 5 and will automatically become prime minister, replacing Johnson, who stepped down as Conservative leader this month after three years in office following months of ethics scandals.

Tugendhat, a prominent figure from the party’s centrist “One Nation” group, wrote in the Times of London newspaper that Truss had “the foreign-affairs experience to build alliances and keep our country safe.”

Truss also secured backing this week from Defense Secretary Ben Wallace, who is highly regarded by party members for his handling of Britain’s response to the war in Ukraine. Wallace said Truss’s international experience as Britain’s top diplomat and commitment to increased military spending gave her “the edge.”

Sunak, who was the favorite candidate among Tory lawmakers who whittled down the field of candidates from an initial 11 contenders, is struggling to gain momentum. He has accused Truss of peddling unrealistic promises, especially on the economy. Truss says she will cut taxes immediately to ease the cost-of-living crisis, while Sunak argues it is vital to get inflation under control first.

Sunak said Truss’s tax cuts would give a “sugar rush” but ultimately pour “fuel on the fire” of inflation that is already at a 40-year high.
#Boris Johnson  #Johnson
Add Comment