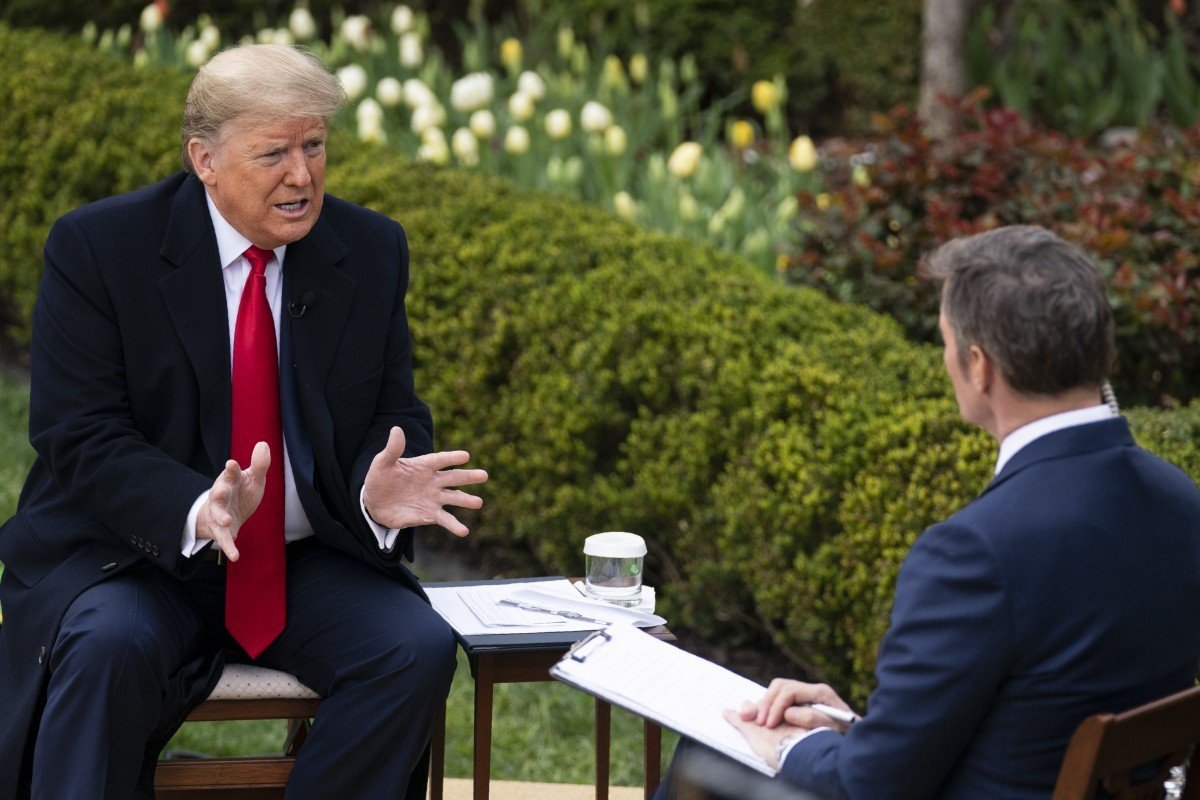 US president says reopening businesses is crucial; ‘otherwise, it's going to be very hard to start it up again’. The call to resume business as usual runs against advice from medical experts, who warn that such a move would kill more people

US President Donald Trump declared on Tuesday that he aims to end strict social distancing measures enacted to halt the coronavirus spread by Easter Sunday – in less than three weeks – to avoid prolonged economic damage.

Speaking in a Fox News interview in the White House Rose Garden, Trump said that strong gains in US stock markets on Tuesday reflect “the fact that we’re opening up this incredible country because we have to do that. I’d love to have it open by Easter.” The holiday falls on April 12 this year.

“More people are going to die” unless businesses are allowed to reopen, the president said. “Our country has to get back to work, otherwise it’s going to be very hard to start it up again.”

Trump has become increasingly vocal in the past two days about the need to end stay-at-home orders imposed on nearly one-third of Americans to slow the spread of the pandemic. More states, including Pennsylvania and Ohio, joined New York, California, Illinois, Connecticut and New Jersey in tightening restrictions.

In last 24 hrs there've been prominent US voices calling for a stop to social distancing, citing rationale that they're worse than impact of COVID itself. It’s worth looking very closely at that claim, where we are in US COVID epidemic and what happens if we stop. 1/x

But Trump is pushing for a stop to these measures, largely against the advice of most health experts, who warn that the spread of the contagion – which causes the potentially deadly Covid-19 respiratory ailment – is not abating in the US.

“Anyone advising the end of social distancing now, needs to fully understand what the country will look like if we do that,” Tom Englesby, head of Johns Hopkins Centre for Health Security, said in a Twitter post on Monday. “COVID would spread widely, rapidly, terribly, could kill potentially millions in the [year] ahead with huge social and economic impact across the country.”

Asked in the Fox News interview whether Trump’s Easter time frame was realistic, Deborah Birx, the deputy to Vice-President Mike Pence in the White House Covid-19 task force, did not answer directly.

Birx instead explained that her task force “tackled this epidemic the way people said we should have tackled flu, in 1918, and they compared St Louis who took this kind of approach to Philadelphia”.

“Every American needs to continue the president’s guidelines for these next six days or seven days. We have to have them following those [social distancing] guidelines,” she said.

According to a St. Louis Post-Dispatch report last week, St. Louis’ death rate was lowest among America’s 10 biggest cities at the time of the 1918 influenza pandemic because of strict quarantine measures that the city imposed when health authorities there saw cases emerge.

“In Philadelphia, where bodies piled up on sidewalks when the morgues overflowed, the death rate was nearly twice as high,” the report said.

Other prominent figures have called for Americans to stick with the stay-at-home orders.

“It’s very tough to say to people, ‘Hey, keep going to restaurants, go buy new houses, ignore that pile of bodies over in the corner, we want you to keep spending because there’s some politician that thinks GDP growth is what counts’,” Bill Gates, whose Bill and Melinda Gates Foundation funds health initiatives worldwide, said in a TED Connects discussion.

“What we need is the extreme shutdown, so that in six to 10 weeks, if things go well, then you can start opening back up,” Gates said, without referring directly to Trump.

However, Trump dismissed criticism of his call for an early return to work.

“I’m sure that we have doctors that would say, ‘let’s keep it closed for two years, let's close it up for two years,” the president said in Tuesday’s interview. “No, we got to get it open. Our people want it to open and that's the way this country was built.”