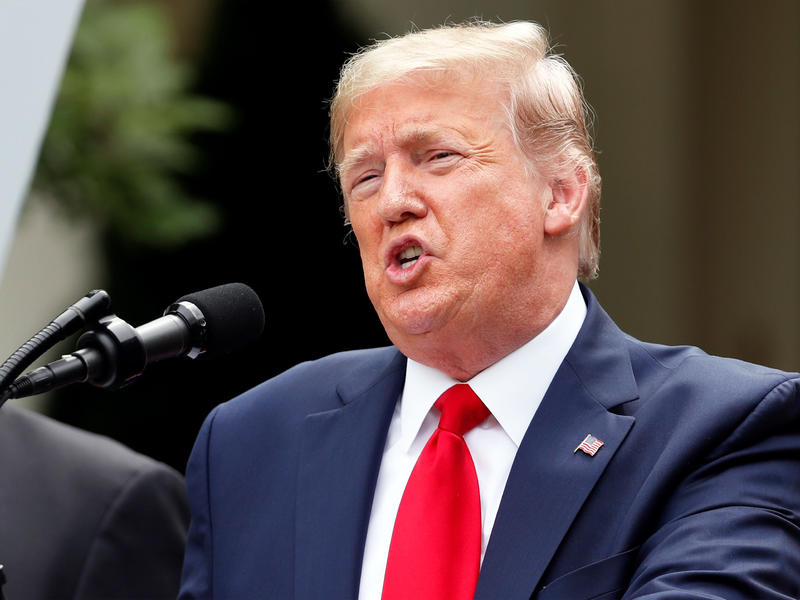 “I am directing my administration to begin the process of eliminating policy exemptions that give Hong Kong different and special treatment,” Trump said during a Rose Garden event at the White House.

“My announcement today will affect the full range of agreements that we have with Hong Kong, from our extradition treaty, to our export controls and technologies,” Trump said. “We will take action to revoke Hong Kong’s preferential treatment as a separate customs and travel territory from the rest of China.”

The shift in Hong Kong’s status immediately jeopardizes several aspects of the former British colony’s relationship with the United States, which has so far meant that Hong Kong has been spared punishing tariffs that are a hallmark of Trump’s trade war with Beijing.

But Trump did not provide details about precisely which steps would be taken or in what order, and a White House spokesman declined to comment when CNBC asked for additional clarification on the expected moves.

Trump also said he was ready to take action to mandate that Chinese and other foreign companies listed on U.S. financial exchanges abide by American accounting and audit standards.

The issue has long been a source of frustration among Washington policymakers, several of whom have introduced legislation that would bar trading in any shares where the company’s auditor hasn’t faced an inspection from the Public Company Accounting Oversight Board for three consecutive years.

Trump has not said whether he will sign the bill, which is currently making its way through Congress.

But the president did say Friday that he would instruct his “presidential working group on financial markets to study the different practices of Chinese companies listed on the U.S. financial markets, with a goal of protecting American investors.”

“Investment firms should not be subjecting their clients to the hidden and undue risks associated with financing Chinese companies that do not play by the same rules,” said Trump, adding that “Americans are entitled to fairness and transparency.”

A White House spokesman did not immediately respond to a question from CNBC about whether Trump would sign the legislation if it gets to his desk.

During the same address, Trump also announced that the United States would be terminating its relationship with the World Health Organization, a move likely to draw criticism from public health experts and U.S. allies.

The president said the organization had failed to make “the requested and greatly needed reforms,” and he blamed the global health group for a lack of “transparency.”

Trump did not take any questions from reporters after he finished speaking.

Financial markets reacted positively to Trump’s announcement, reflecting overall relief that he did not announce some of the more drastic and punitive measures that analysts and investors had feared he might. These included additional tariffs on Chinese products, broad sanctions and a withdrawal from the U.S.-China trade deal.

For weeks, the Trump administration has been ratcheting up pressure on Beijing over its alleged cover-up of early coronavirus cases. Trump has publicly blamed China for the virus itself and for its outsized severity in the United States.

Beijing, in turn, has suggested the virus originated in U.S. service members, a claim widely rejected by international health experts.

In the past week, however, the pressure from the United States has taken a more serious turn in response to a proposed Chinese security law that threatens the long-standing semi-autonomy of Hong Kong. The law, formally approved Thursday by China’s People’s Congress, is expected to criminalize most forms of political protest under blanket bans on “sedition” and “subversion.”

On Wednesday, Secretary of State Mike Pompeo delivered a report to Congress declaring that Hong Kong was no longer autonomous from China.

“No reasonable person can assert today that Hong Kong maintains a high degree of autonomy from China, given facts on the ground,” Pompeo said in a statement accompanying the report.

Even as relations have grown more hostile, Trump has been reluctant to take action on China that could tip the strained bilateral relationship into an outright confrontation.

As president, Trump is acutely aware of the United States’ interdependence with China as a market for American exports and a supplier of manufactured goods. He also still believes that his “phase one” trade deal, signed in January, can and will be seen as one of the high points of his presidency, fulfilling a key campaign promise he made in 2016.

Likewise, since the coronavirus arrived in the U.S., Trump has shown little appetite for signing any legislation he thinks could hinder the economic recovery.
#Donald Trump  #Coronavirus
Add Comment