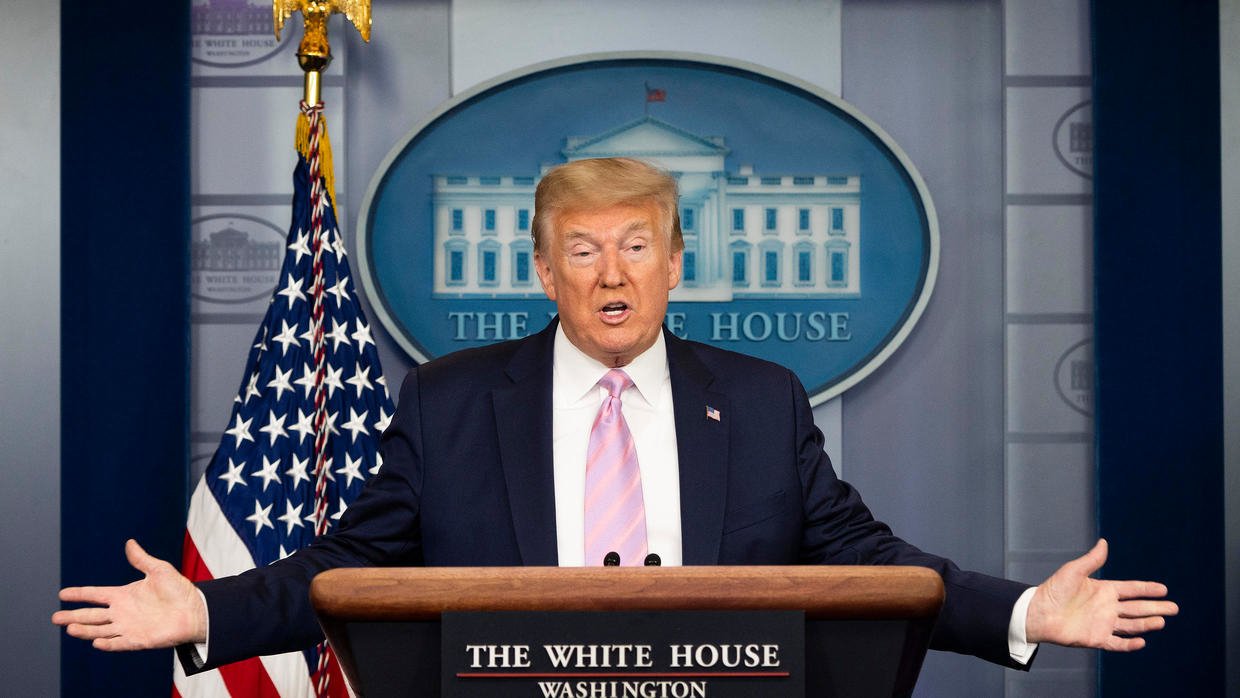 Trump says US is 'winning war' on coronavirus, others not so sure

The United States is the new epicentre of the Covid-19 pandemic with over 20 thousand fatalities. But President Donald Trump is convinced his administration is winning against the epidemic. “We’re very, very ready for this,” declared United States President Donald Trump, on 26 February, about his country’s capacity to contain the Covid-19 pandemic.

Today, a month and a half later, the USA is the new epicentre of the epidemic. It is the first country to record more than 20,000 coronavirus-related deaths, according to data from Johns Hopkins University on Monday.

There are currently more than 525,000 confirmed cases in the country.

Three states in particular have been badly affected: New York, New Jersey and Michigan account for three out of every five deaths in the country.

Dr Anthony Fauci, the US government’s top infectious disease specialist said he was "cautiously optimistic" as admissions into hospitals and intensive care had begun to decline.

Fauci, who has advised six successive presidents, told CNN on Friday that "Now is no time to back off. Now is the time to actually put your foot on the accelerator, because we're going in the right direction."

Meanwhile, President Trump tweeted on Sunday: "We are winning, and will win, the war on the Invisible Enemy!"

Trump is eager to restart the economy, which has stalled because most Americans are under orders to stay at home to help slow the spread of Covid-19.

Social distancing guidelines from Trump are set to expire on 30 April.

Rather than flipping a switch to reopen the entire country, Fauci said a gradual process will be required based on the status of the pandemic in various parts of the U.S. and the availability of rapid, widespread testing.

Once the number of people who are seriously ill sharply declines, officials can begin to “think about a gradual reentry of some sort of normality," Fauci said.

He believes that in some places that might occur as soon as May.

President Trump retweeted a call by Republican DeAnna Lorraine to fire Dr Anthony Fauci (‘Time to #FireFauci’) as he rejected criticism of his slow initial response to the pandemic.

Unlike in many Western countries, lockdown decisions in the United States are primarily up to local governments, not the president. Governors will have a lot to say about when to ease restrictions in their states and leaders of a number of hard-hit, densely populated states have vowed to act as long as necessary.

The leaders of Maryland and New Jersey indicated Sunday that they are not likely to do so until widespread testing is available.

He told CBS that if “we start to get back on our feet too soon, I fear, based on the data we're looking at, we could be throwing gasoline on the fire.”

South Korea is planning to send 600,000 coronavirus testing kits to the United States.

"The contracts have been signed and they should be ready for shipment any time soon," Kang Kyung-wha told F24. "We are also sending test kits to many other countries as well."

A U.S. Federal Emergency Management Agency cargo plane carrying the equipment is scheduled to leave at 13:30 GMT on Tuesday according to an official who spoke to Reuters news agency.

An additional 150,000 kits will be exported in the near future and will be sold through an unspecified local retailer, the official said..
Add Comment