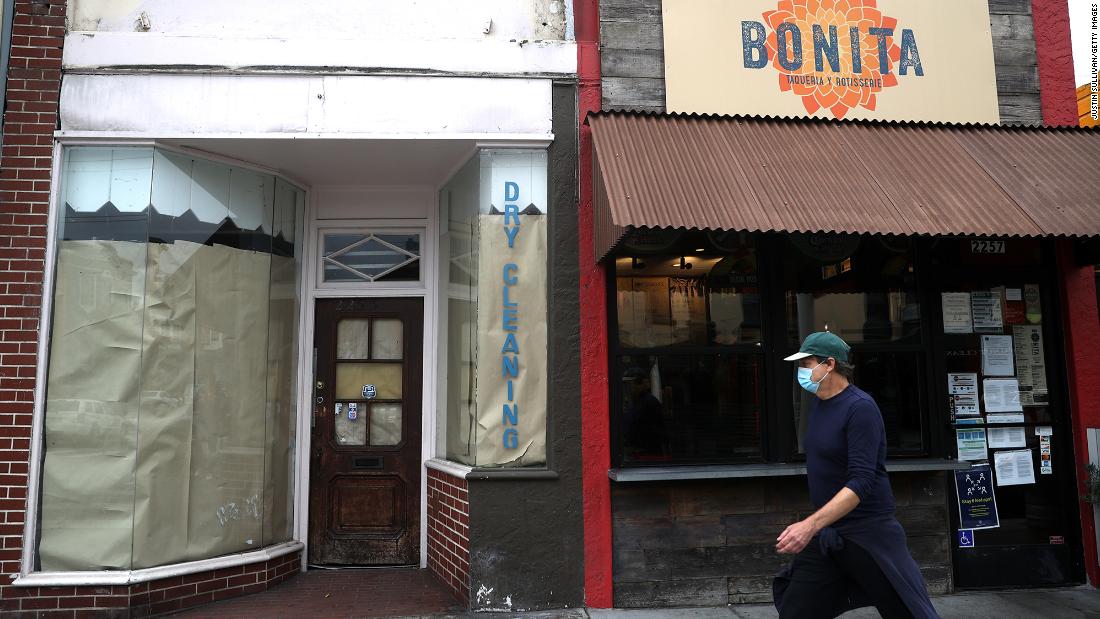 Federal Reserve Chairman Jerome Powell spent all last week testifying about the recovery on Capital Hill. His message: This is a tale of two economies, and one looks much stronger than the other.

On paper, the economy is roaring back even stronger than Powell and many economists expected.: More than 22 million jobs vanished in the spring lockdown, but 10.6 million jobs have since been added back.

But that's only one side of the story.

Many shops are still closed. About 11.5 million people who became unemployed because of Covid-19 remain out of work. And next week, unless Congress acts to provide more federal help, up to 100,000 airline industry jobs may be lost after the expiration of the CARES Act, which provided a $50 billion bailout to keep US airlines afloat.

Meanwhile, the sugar rush from Congress's initial stimulus has worn off. Without more intervention we could be in for a long winter, especially as Covid-19 infections are rising again in some parts of the world.

"The risk going forward is that people are spending [now] because they have money in the bank even though they're unemployed," Powell said.

But once that money runs out, people might start scaling back their spending - a potential body blow to the recovery given consumer spending is the economy's biggest engine.

Retail sales, one measure of how Americans' spending behavior, have bounced back, recording their biggest monthly surge on record in May. But while the data has gotten better in the following months, the pace of improvement has slowed.

Fears of funds drying up

One possible reason is that unemployment benefits are now lower: a supplemental $600 in weekly jobless aid, part of Washington's first stimulus bill, ran out at the end of July, and Congress hasn't agreed on a new stimulus deal.

President Donald Trump signed an executive order to bolster benefits again, though by $400 a week this time, by diverting money from the Federal Emergency Management Agency. FEMA said that some states have already exhausted their allocated amounts.

Meanwhile, businesses using the Paycheck Protection Program to make it through the worst months of the crisis are worrying about funds drying up.

Problems like these underscore the importance of Congress taking action - and soon.

"I do think it's likely that additional fiscal support will be needed," Powell reiterated before the Senate Banking Committee on Thursday, even though the recovery will ultimately depend on the path of the pandemic.

If Washington fails to agree on more stimulus the fourth quarter of this year, as well as 2021, could look much weaker than expected, said Gus Faucher, chief economist at PNC, in a note.

But now that lawmakers are more focused on approving a new US Supreme Court justice, worries are growing that no further stimulus will be passed until after the election.

Experts at Oxford Economics still believe a $1.5 trillion stimulus package could be agreed upon before the election on November 3.

But the window to get a deal done is closing fast and will require that rarest of commodities in Washington: compromise.
#Donald Trump  #COVID-19  #Covid
Add Comment