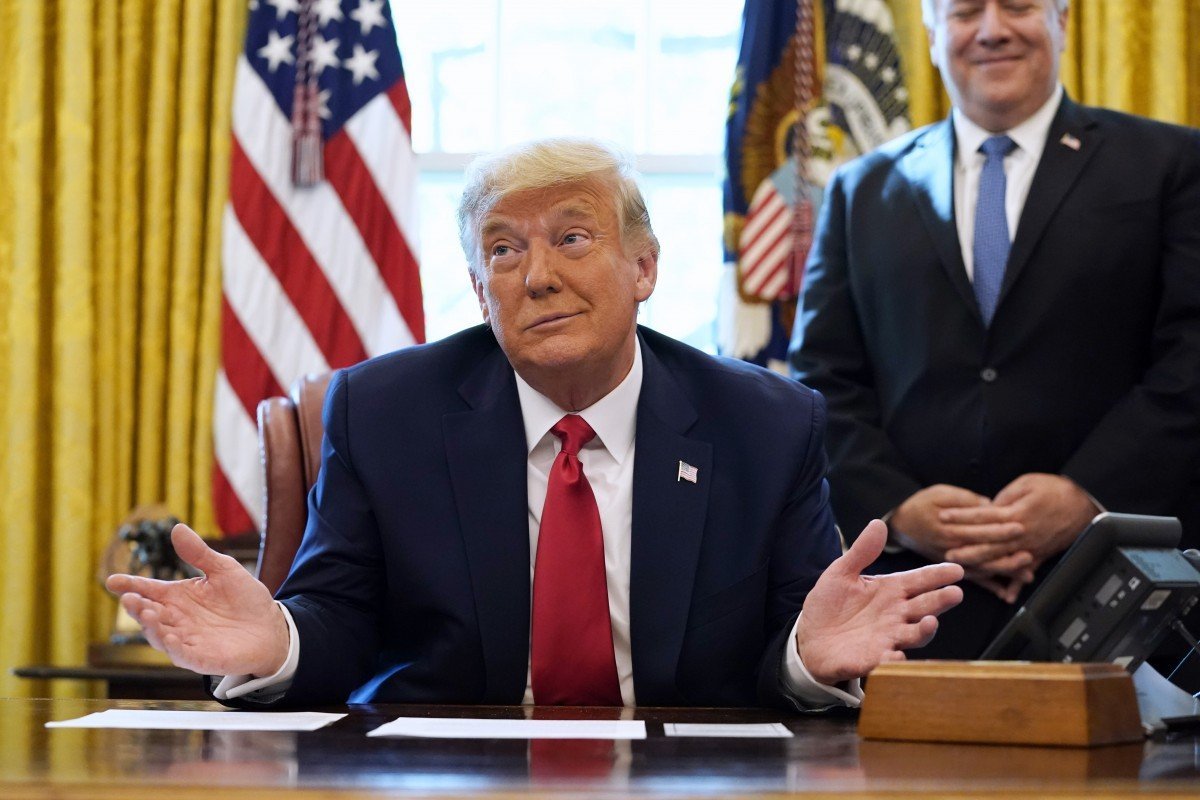 Weeks before the inauguration of a new US president, we’d normally be focusing on the incoming administration’s priorities. Instead, as Covid-19 continues its rampage and Pompeo issues edicts against China, the deranged Trump show goes on.

As the United States endures death on the scale of a 9/11 attack every two to three days, President Donald Trump is taking heavy flak for focusing on what amounts to his 2024 presidential election campaign.

Who can blame him? Why dwell on something that won’t appeal to your base when you can deliver a dazzling production with a compelling plot line about how everyone from his Attorney General William Barr to the deceased Venezuelan strongman Hugo Chavez stole this year’s contest?

The Trump administration isn’t sitting still on other matters, though, particularly on the China front, which might get more domestic attention were it not for the three-ring circus of his campaign’s efforts to invalidate hundreds of thousands of votes.

There’s an interesting resonance between the rampaging path of Covid-19 in the US, Trump’s attempts to overturn the 2020 election results and Secretary of State Mike Pompeo’s rapid-fire edicts about China.

Lacking support from the US judiciary, governors and lawmakers of his own party in his effort to force the election in his favour, Trump has only dug in deeper, going as far as to use a weekend rally in support of two Republican senators facing key run-off elections next month to amplify his charges of election malfeasance.

Kelly Loeffler and David Perdue didn’t get enough votes on Election Day to avoid a run-off. Wouldn’t Trump’s election fraud assertions mean that the two senators shouldn’t have found themselves in run-off territory in the first place? And if so, why would he even show up to campaign for their second round?

Trump just turns up the volume on his loudhailer to obliterate logic, a situation that unnerves more grounded Republicans.

This pushes Pompeo into overdrive, not only to make it more difficult for President-elect Joe Biden to undo the Trump administration’s foreign policy initiatives, but also to send nothing-to-see-here signals to those who view Trump’s actions for what they are: the desperate antics of a sociopathic “banana Republican” leader, who is unwilling to take the most basic of measures to staunch the waves of Covid-19 death that won’t ease until vaccines
are widely available.

It feels like watching a group of amateur acrobats spinning plates while walking a high wire, and wondering if they will come crashing down, bringing the entire circus tent down with them.

Weeks before the inauguration of a new US president, we’d normally be focusing on what that administration is prioritising. But with the Trump show threatening to bring the house down on the heads of all Americans, attention remains fixed on how much damage his administration is capable of causing as he transitions into the inevitable role of a right-wing rabble-rouser.

So let’s recap. Pompeo’s bitter missives about China are coming out so quickly that there’s barely time to digest them. In the past few days alone, he has slapped new visa restrictions on Chinese government officials affiliated with the United Front Work Department – soon after announcing new guidelines to significantly curtail the privileges of travel visas for Chinese Communist Party members – and also scrapped a number of China-funded exchange programmes.

Republicans like senators Marco Rubio and Tom Cotton would howl with accusations of treason if Biden’s Secretary of State nominee Antony Blinken
dared to undo any of them, but that should not be the justification for leaving many of Pompeo’s anti-China restrictions in place.

Whether the subject is political rights in Hong Kong, the hard-line stance against Australia in response to Canberra’s entirely reasonable call for an investigation into the origins of the pandemic, or the fact that Canadians Michael Kovrig and Michael Spavor remain out of sight while Huawei executive Meng Wanzhou gets a public hearing and can reside in her own Vancouver luxury home, it’s obvious that the Chinese government under President Xi Jinping is engineered to go in one direction and lock down whenever opposing pressure builds.

Compromise is weakness. Beijing demands face, but only respects force. As we’ve seen in wave after wave of formal, high-level dialogue stretching back to the administration of George W. Bush, diplomacy with China does nothing but advance its own goals.

Strip out Pompeo’s rhetorical extremes and his fantasies about most Chinese longing for an overthrow of their government, and you have a reasonable foreign policy posture that recognises all of the above. If he was a true patriot, he would stand down now and hand off to Blinken.

Unfortunately, Pompeo remains part of Trump’s political theatre for the next six weeks, and there is no indication that the administration will stop looking for ways to keep the high-wire act going until Trump is pushed out.