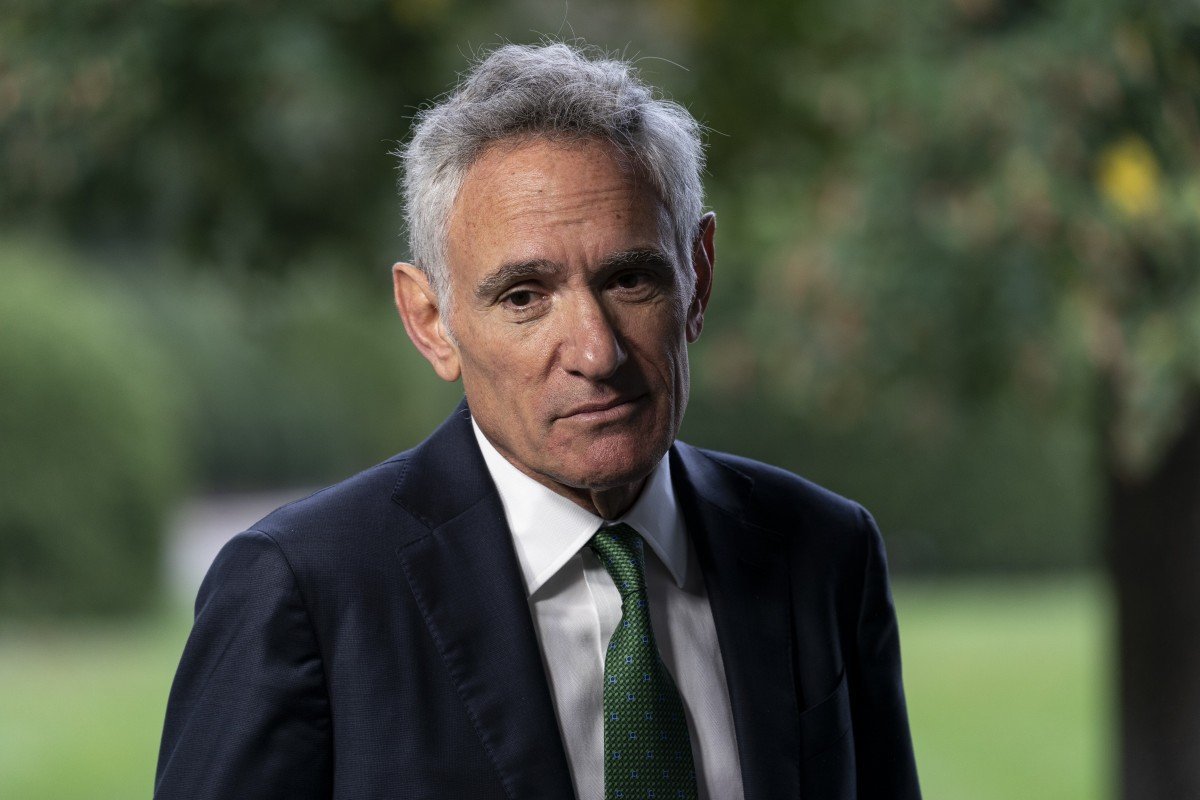 Scott Atlas says he regrets ‘allowing myself to be taken advantage of’, adding he was unaware that Russian news outlet RT was a registered foreign agent.

Scott Atlas, a White House policy adviser on the coronavirus, apologised on Sunday for “allowing myself to be taken advantage of” by a Russian media outlet backed by the Kremlin.

Atlas said he spoke to RT without realising the company’s foreign ties.

“I recently did an interview with RT and was unaware they are a registered foreign agent,” tweeted Atlas, a neuroradiologist who joined the White House in August. “I regret doing the interview and apologise for allowing myself to be taken advantage of. I especially apologise to the national security community who is working hard to defend us.”

I recently did an interview with RT and was unaware they are a registered foreign agent. I regret doing the interview and apologize for allowing myself to be taken advantage of. I especially apologize to the national security community who is working hard to defend us.

The Foreign Agents Registration Act “requires certain agents of foreign principals who are engaged in political activities or other activities … to make periodic public disclosure of their relationship with the foreign principal, as well as activities, receipts and disbursements in support of those activities”, according to the Justice Department.

Atlas did a lengthy interview with RT’s Afshin Rattansi on Saturday, just days before Tuesday’s presidential election. The nearly 28-minute segment was posted to the YouTube page Going Underground on RT.

The director of National Intelligence, John Ratcliffe, warned last month that Iran and Russia had obtained voter registration data of some Americans. And US intelligence officials found that Russia had sought to influence the 2016 presidential election, writing in a January 2017 report that “Putin and the Russian Government developed a clear preference for President-elect [Donald] Trump”.

In August, the director of the National Counter-intelligence and Security Centre, William Evanina, announced that Russia was “using a range of measures to primarily denigrate former vice-president Biden and what it sees as an anti-Russia ‘establishment’”.

“Some Kremlin-linked actors are also seeking to boost President Trump’s candidacy on social media and Russian television,” he said in a statement at the time.

In the interview on Saturday, Atlas said there was no understating the pandemic, noting the US death toll.

“It’s tragic. There’s no question about that,” he said. “But if you wanna know what’s happening right now, I think there’s a gross distortion that has sort of been typical of the reporting on this. And that is that there’s this frenzy of focusing on the number of cases when we see a lot of reasons to be sort of, you know, cautiously optimistic here rather than fearful.”

More than 9 million Americans have been infected by Covid-19, and more than 230,000 people have died in the US.

Trump has falsely claimed that the country is “rounding the turn”, but Anthony Fauci, the director of the National Institute of Allergy and Infectious Diseases, told The Washington Post in an interview published on Saturday that the nation was “in for a whole lot of hurt.”

“It’s not a good situation,” he said. “All the stars are aligned in the wrong place as you go into the fall and winter season, with people congregating at home indoors. You could not possibly be positioned more poorly.”