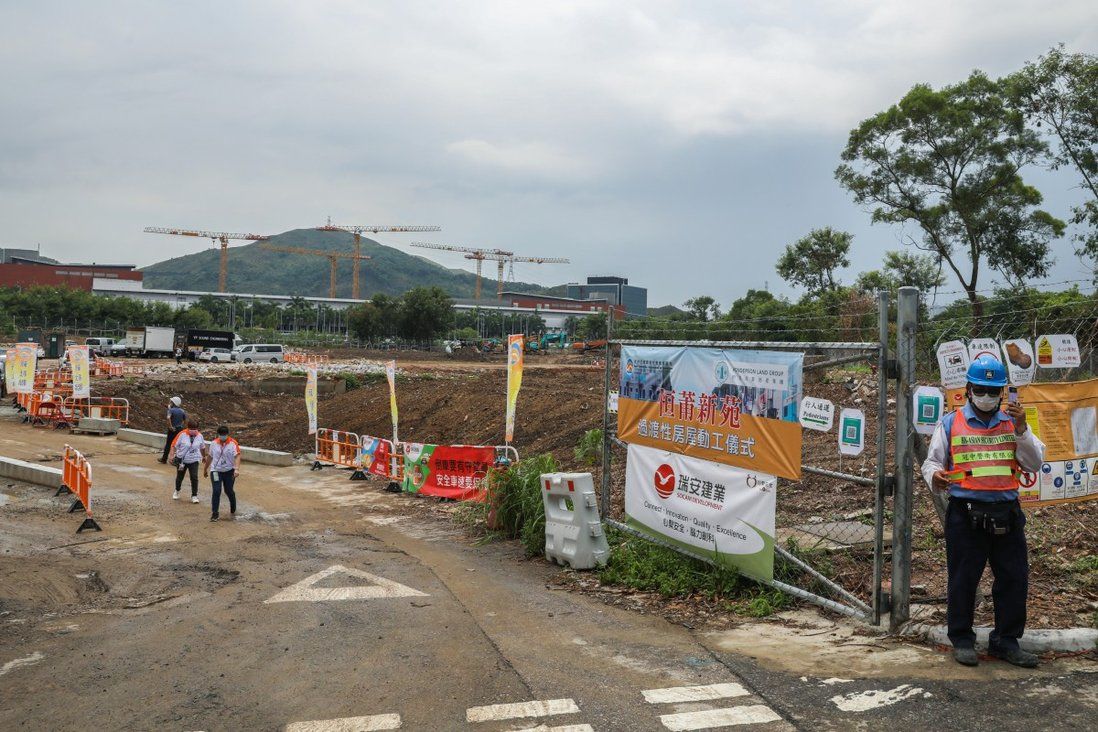 Undersecretary for Housing Victor Tai Sheung-shing on Wednesday said short-term policies were necessary to alleviate the plight of underprivileged residents. He was officiating a commencement ceremony ahead of the construction of more than 1,000 transitional homes and a community service building in Kam Tin by next year. 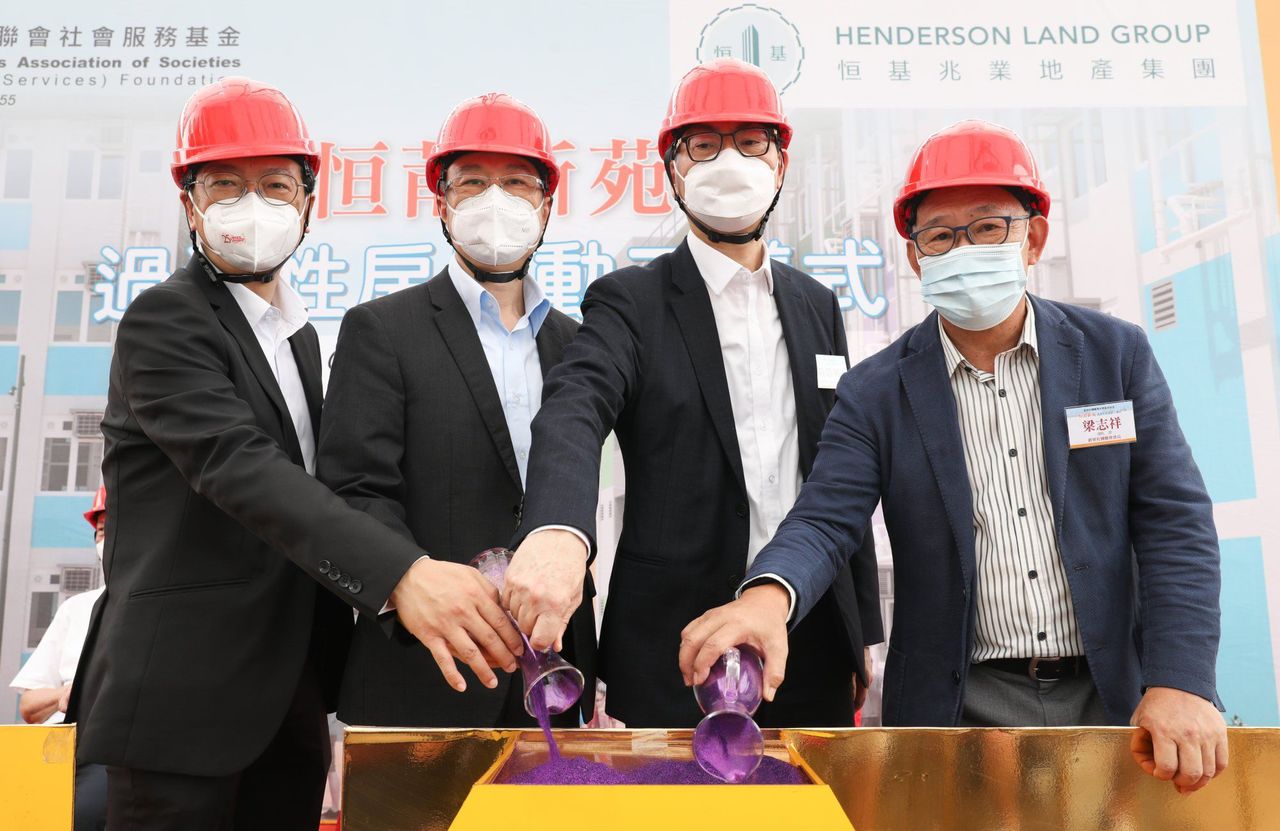 Undersecretary for Housing Victor Tai (first from left) says short-term policies were necessary to alleviate the plight of underprivileged residents.

He added that transitional housing was an important policy that showed cooperation among the community, the business sector and the government.

The policy is a 2018 government initiative to help low-income groups living in poor conditions, such as subdivided flats, who have not been able to move to public housing.

As of August, the government has identified land for 21,700 temporary flats, of which more than 5,000 are currently in use, while the rest are under construction or study.

The government has identified 350 hectares of land for 330,000 public flats to fulfil demand for housing over the next 10 years, but two-thirds of the homes can only be built between 2027 and 2032.

The Kam Tin project, which is among the coming transitional housing schemes, will provide 1,028 flats in a 200,000 sq ft site along Kam Po Road and cost more than HK$576 million (US$73 million).

Its operator, the pro-establishment New Territories Association of Societies (Community Services) Foundation, is aiming to construct three four-storey buildings in September 2023 to accommodate around 2,800 residents, who are currently either public housing applicants or families living in undesirable environments like subdivided units.

“These community services will serve both the transitional housing residents and the neighbourhood to foster interaction between them,” said Leung Che-cheung, president of the New Territories Association of Societies.

Leung added that the district’s rural community had been supportive of the project despite construction leading to the closure of a public road. 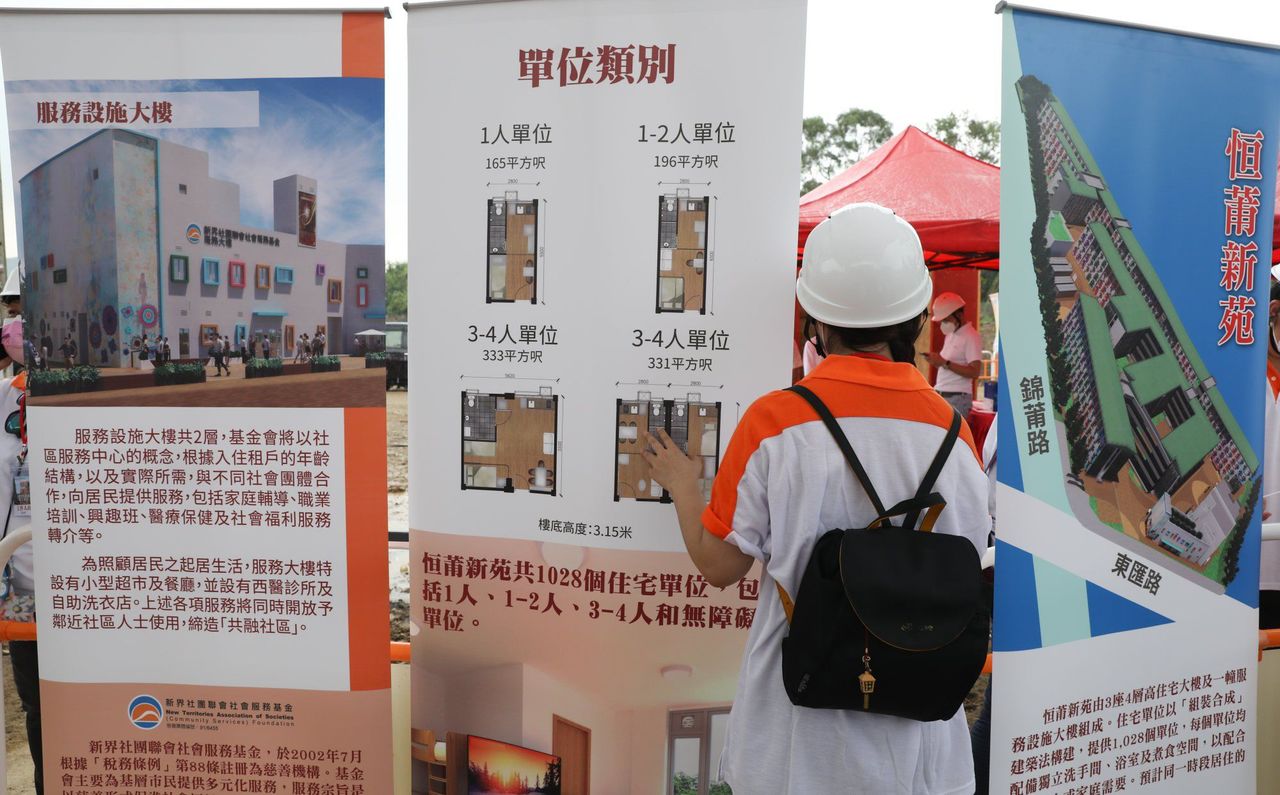 A commencement ceremony ahead of the construction of a new community service building in Kam Tin.

Located within a five-minute walking distance from Kam Sheung Road railway station, the operator said it expected the site to be fully occupied next year when it opened, while residents would sign a three-year contract and could potentially extend their stay.

“We hope that residents can stay until they can be housed in public housing,” Leung said.

The site is temporarily leased by the developer Henderson Land Development until 2027.

The government’s assessment committee on funding transitional housing projects led by undersecretary Tai held a meeting on Tuesday, approving changes to five schemes to provide an additional 260 flats, increasing the total number to 2,415.

The amendments included doubling the number of flats for a housing estate in Choi Hung operated by Lok Sin Tong to 331 to accommodate a total of 778 residents by increasing the number of floors in the building from four to eight.

Secretary for Housing Winnie Ho Wing-yin pledged to locate sites which would allow occupants of transitional flats to stay there longer following her first visit as minister to several of the city’s subdivided flats in July.