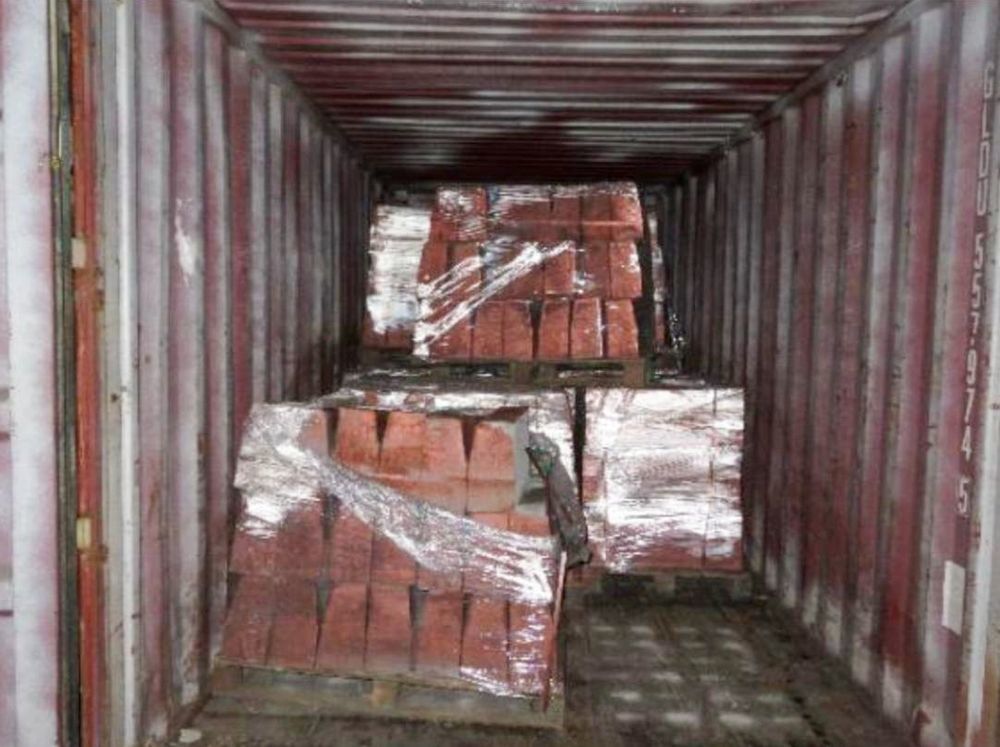 Trader buys $36 million of copper and gets painted rocks instead

The saga unfolds like a gangland thriller, with the Swiss trading house saying it’s been the victim of cargo fraud. Before its journey from a port near Istanbul to China even began, about 6,000 tons of blister copper in more than 300 containers were switched with jagged paving stones, spray-painted to resemble the semi-refined metal.

The bizarre case highlights commodity traders’ vulnerability to fraud, even when security and inspection controls are in place. In 2014 and 2015, Mercuria took provisions to cover potential losses after metal contained in a warehouse in the Chinese port of Qingdao was seized by authorities as part of fraud investigation.

Turkish police took 13 people into custody in relation to the faux-copper scheme. Mercuria, one of the five-biggest independent oil traders in the world, is seeking redress in both Turkish courts and a U.K. arbitration case against the copper supplier, Bietsan. It’s also filed a formal criminal complaint with Turkish police and prosecutors alleging cargo substitution and insurance fraud, leaving the authorities to determine who’s responsible.

“Suspects have been taken under custody who are thought to be involved in the various parts of this organized crime against Mercuria,” the Geneva-based Mercuria said in a written statement in which it thanked the Istanbul Financial Crimes Department.

The story was pieced together from legal documents, interviews and local media reports.
Copper Switched

Last June, Mercuria agreed to buy copper from Bietsan, a Turkish supplier it had done business with before, according to Sinan Borovali, the trading house’s lawyer in Turkey. It appears that copper was initially loaded into the first shipment of containers, before being surveyed by an inspection company. Seals used to prevent fraud were then affixed to the containers.

But under the cover of darkness, it is alleged the containers were opened and the copper replaced with paving stones, Borovali of Istanbul law firm KYB said in an interview. The fraudsters switched between fake and real container seals in an effort to avoid detection.

As ships left Marport terminal in the port of Ambarli every few days, the same thing happened: the copper was secretly unloaded at night and replaced with painted rocks. “This was how they did it,” Borovali said.

With the vessels at sea, Mercuria paid $36 million in five installments with the last payment made on Aug. 20, 2020, according to documents provided by the commodity trader to Turkish investigators. The fraud wasn’t discovered until the ships began arriving in the Chinese port of Lianyungang later that month. By then, all eight vessels were en route to China.
Organized Crime

“There has been a criminal investigation petition by the buyer against the seller and two intermediaries,” Turkish police said in a statement. “It’s been determined that the incident is the outcome of fraud perpetrated in an organized manner.”

Normally, in such cases of non-delivery a trading house could make a claim against a cargo’s insurance policy. But Mercuria found that just one out of seven contracts used by the Turkish company to insure the cargo was real. The rest had been forged.

The 13 suspected fraudsters were taken into custody this month in a series of police raids. Some have since been allowed to leave custody and placed under house arrest, according to local newswire reports. More hearings on the case are expected from this week.
Add Comment