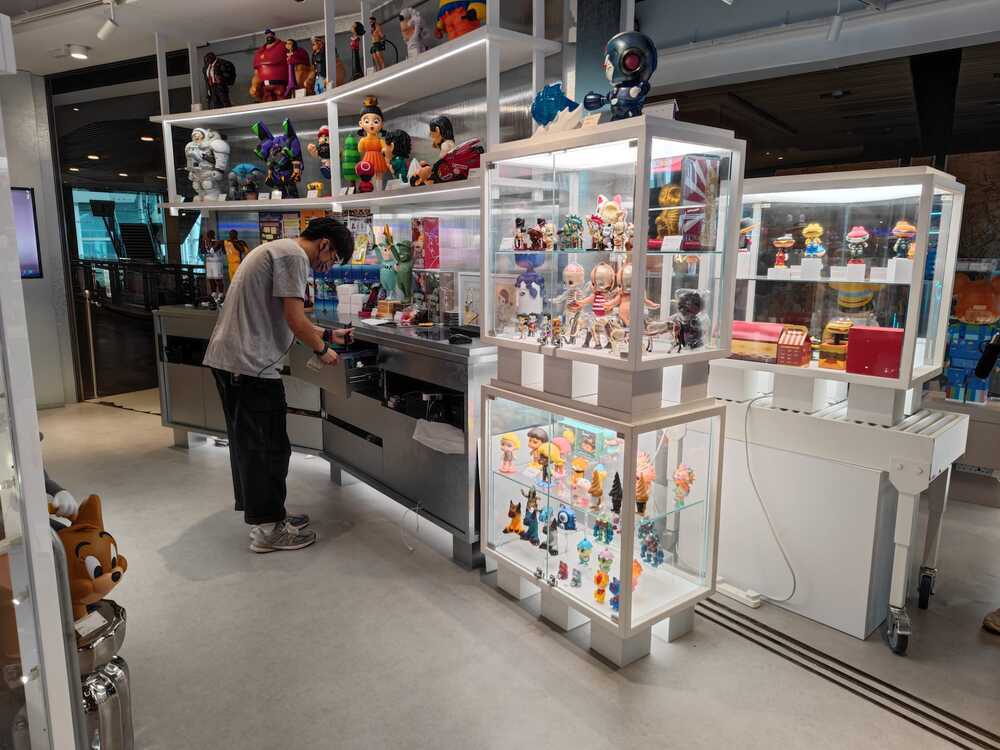 Kidsland International, the parent company of the toy store Kk plus, apologized to the family after the incident of a Teletubby sculpture broken by a boy went viral. They also refunded all the compensation of HK$33,600.
In response to the turmoil, they had discussed the handling of the incident and would review the protection of large exhibition toys, Kidsland International said on Tuesday.

The father of the five-year-old boy, accepted Kidsland International's statement as reasonable, adding he has already spoken on the phone with the shop manager. But he refused the shop's offer to give his son a gift, as he said he is not looking for advantages from the incident.

This came after a boy leaned on a Teletubby sculpture in the store Kk plus at Langham Place in Mong Kok on Sunday and accidentally broke it, for which his parents paid more than HK$30,000 in compensation.

Kk plus first issued a statement in the early hours of Tuesday saying the incident had been completely resolved by mutual consent, and it did not charge anything more than the original price for the broken sculpture.

The statement read that the large display was a prototype of the first printing, and the official pre-sale price was HK$52,800. "The cost of a prototype involves copyright and design, research and creation, as well as the reinforced packaging fees and transportation costs," it wrote.

The statement also said the display has been in its current location since November last year and has not caused any inconvenience to customers during that time.

However, the statement triggered the store to be slammed online as a "trap", with some 20,000 reacting "angry" on its Facebook page. Netizens believed the store should give back the compensation, and the statement had been deleted in the morning.

The store manager responded on Tuesday that the company's management team had contacted the customer involved this morning, adding that the store had taken away large exhibits that were more than one meter high, unprotected or placed in a lower position.

"The company has also discussed the incident internally and believed that the store has responsibilities to protect large exhibits," the manager said. As for someone who said online that the incident was the fourth of its kind for the company, he said he would not comment on the saying, nor could he fact check on it.

Barrister Albert Luk Wai-hung said people of different ages have different legal responsibilities, and if the children involved are younger than 10 years old, they do not have to bear criminal or civil liability, that is, the store should not claim compensation from the children and their parents.

A citizen who came to the store said both the parents and the store were responsible for the incident, and hoped that they could resolve it peacefully. "Fortunately, the sculpture did not hurt others, otherwise I do not know how would they count the responsibility," he said.

Another citizen with his two-year-old granddaughter said he would report to the police if anything similar happened. He added that kids would run around when they went out, so he was also worried about such incidents.
#Facebook
Add Comment