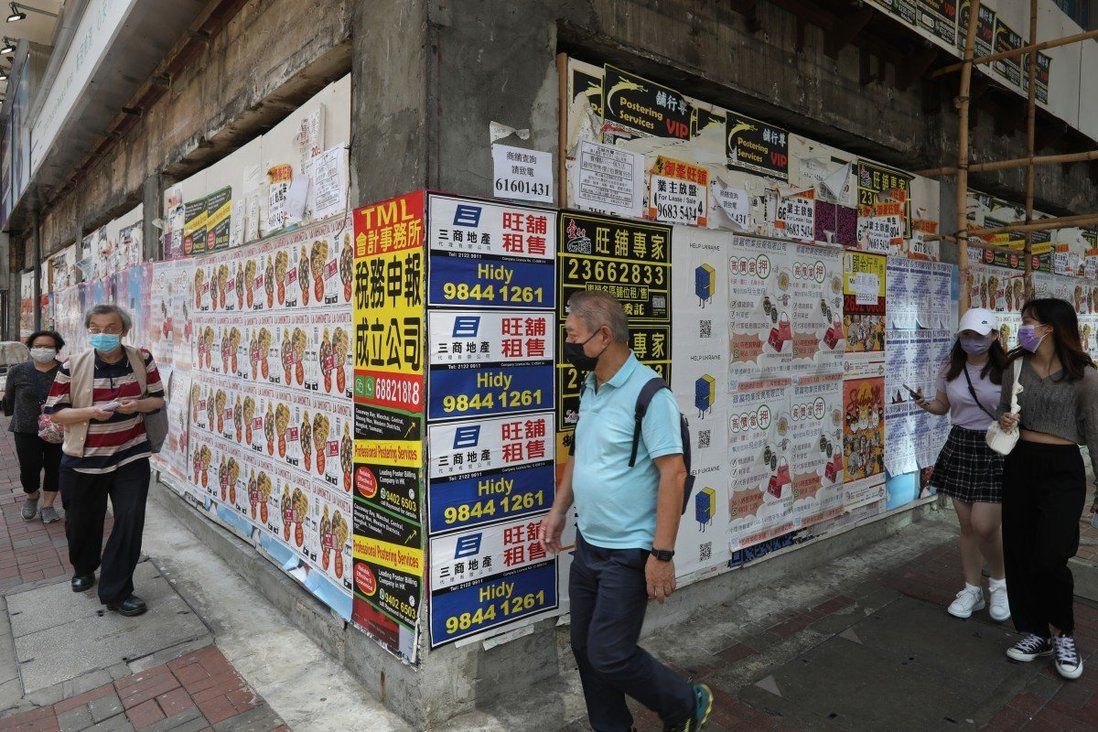 Employers who apply for wage subsidies but fail to retain enough workers will be forced to pay penalty, return surplus amount.

Hong Kong employers who sign up for the new round of wage assistance have been told to maintain their staffing levels or risk being slapped with tougher penalties under a streamlined system aimed at ensuring the HK$43 billion (US$5.48 billion) in subsidies goes to workers and not into the pockets of bosses.

The government issued the warning on Monday ahead of the opening of the application window for the Employment Support Scheme (ESS) on Friday. Companies can claim up to HK$8,000 a month for each eligible staff member for three months, down from the maximum HK$9,000 monthly paid out for half a year in the scheme’s first round in 2020. As many as 1.74 million workers are eligible this time, compared with 1.3 million previously.

The job market was only now beginning to recover from the pain wrought by the fifth wave of Covid-19, Secretary for Labour and Welfare Law Chi-kwong said. Although the unemployment rate for the three months to April was expected to climb, the figure should drop for the March to May period as the economy absorbed spending from digital vouchers and consumers took advantage of relaxed social-distancing rules, he predicted.

“We should have passed the peak of unemployment already,” Law said. “As long as the epidemic situation is under control, together with the launch of different measures, hopefully the employment situation will improve.” 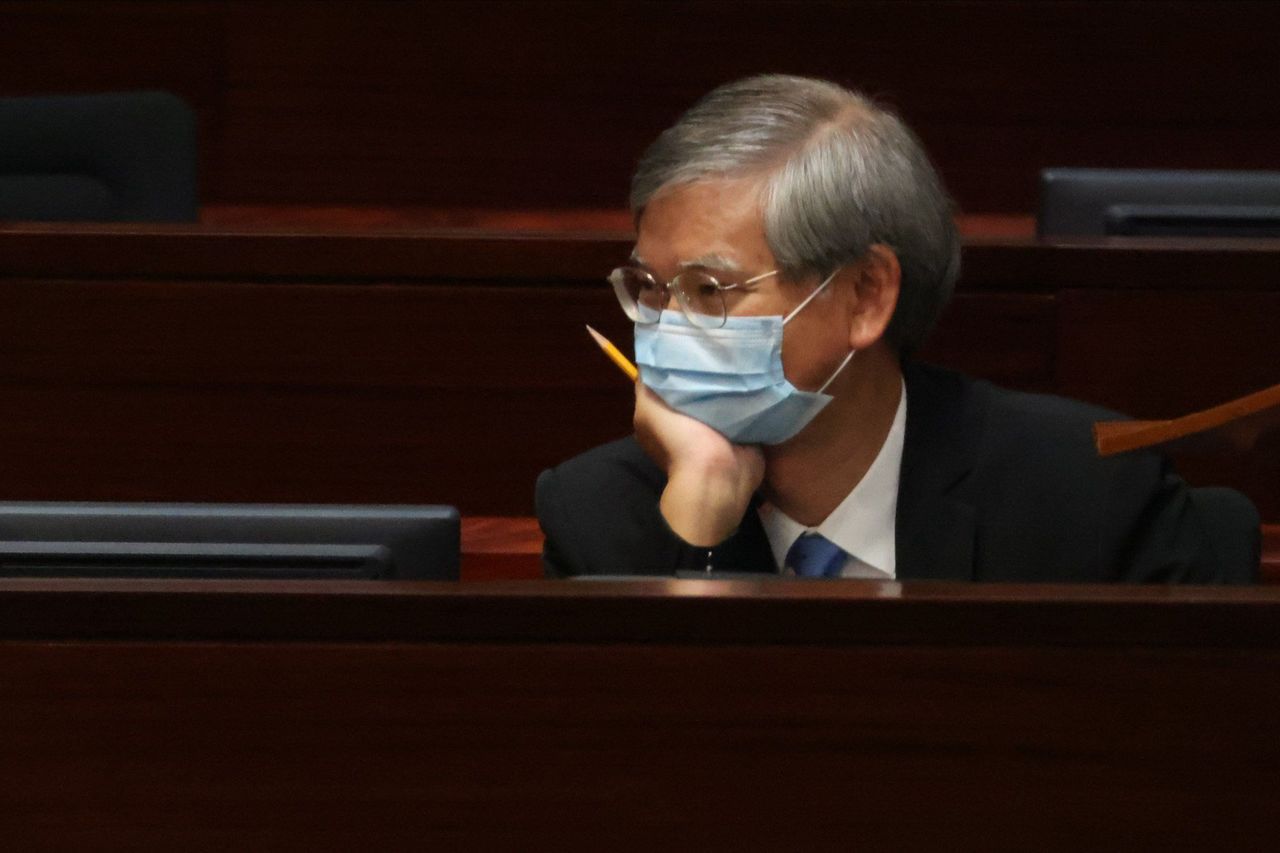 Applications would be accepted until May 12 and the first batch of subsidies was expected to be distributed early the same month, he added.

But Doris Ho Pui-ling, head of the government’s Policy Innovation and Coordination Office, reminded employers they could only use the funds to pay salaries. Companies that failed to retain the headcount stated in the application would face tougher penalties under the streamlined system, she warned.

“In any of those months, if the amount of employed staff is lower than the chosen subsidised headcount, employers will need to return the amount for each missing employee, plus a 10 per cent penalty fee,” Ho said. “We would like to put in place heavier penalties to provide a stronger deterrent effect against any non-compliance.”

For example, under the previous rules, if an employer with five workers received a total of HK$40,000 in wage subsidies each month, with HK$8,000 per employee, they would have to pay an HK$800 fine if the actual headcount was one staff member less than what was stated in the application. But the same example in 2022 would see an offending employer paying HK$8,800 instead.

Under the previous round, 860 companies were required to refund money or pay a penalty, involving a total of HK$77 million, ​Ho added.

The government has also expanded the eligibility criteria for employees aged 65 and over who are paid less than HK$3,000 a month. Previously, the workers could only receive the assistance if they were also covered by the Mandatory Provident Fund but the revised criteria includes those under the Occupational Retirement Schemes Ordinance.

A salary cap on eligible workers has also been removed, and the initiative’s coverage limited to a maximum of 1,000 employees per company to better target small and medium-sized enterprises.

Danny Lau Tat-pong, honorary chairman of the Hong Kong Small and Medium Enterprises Association, called the new penalties reasonable and said employers should have nothing to worry about so long as they provided accurate information.

“The government had bad experiences in the previous ESS schemes, so that’s why they have imposed these penalties,” he said. “I believe this is quite acceptable.”

Lau also welcomed the scheme’s greater provision for residents aged 65 and above, a move he said could encourage more companies to hire them.

Lawmaker Dennis Leung Tsz-wing, of the Federation of Trade Unions, also backed the stricter penalties but said he did not expect them to be heavily used as the government already had adequate measures in place to ensure the subsidies went to employees.

Simon Wong Ka-wo, president of the Hong Kong Federation of Restaurants and Related Trades, said the catering industry also welcomed the adjustments, despite the reduced total amount offered and the launch coming later than what businesses wanted.

“We had hoped the scheme would come earlier, since February, but at that time [the government] was not too keen to launch it,” said Wong, who estimated the sector had lost HK$17 billion in the last three months.

“Although [the maximum subsidy] is less than last time, the government is now helping more part-time staff who can get HK$4,000 a month for three months, and this will be another help to the industry.”

Hong Kong’s jobless rate rose to 5 per cent in the first three months of this year, the highest figure in nine months. The rate was up 0.5 percentage points in the rolling period from January to March, compared with 4.5 per cent for December to February.