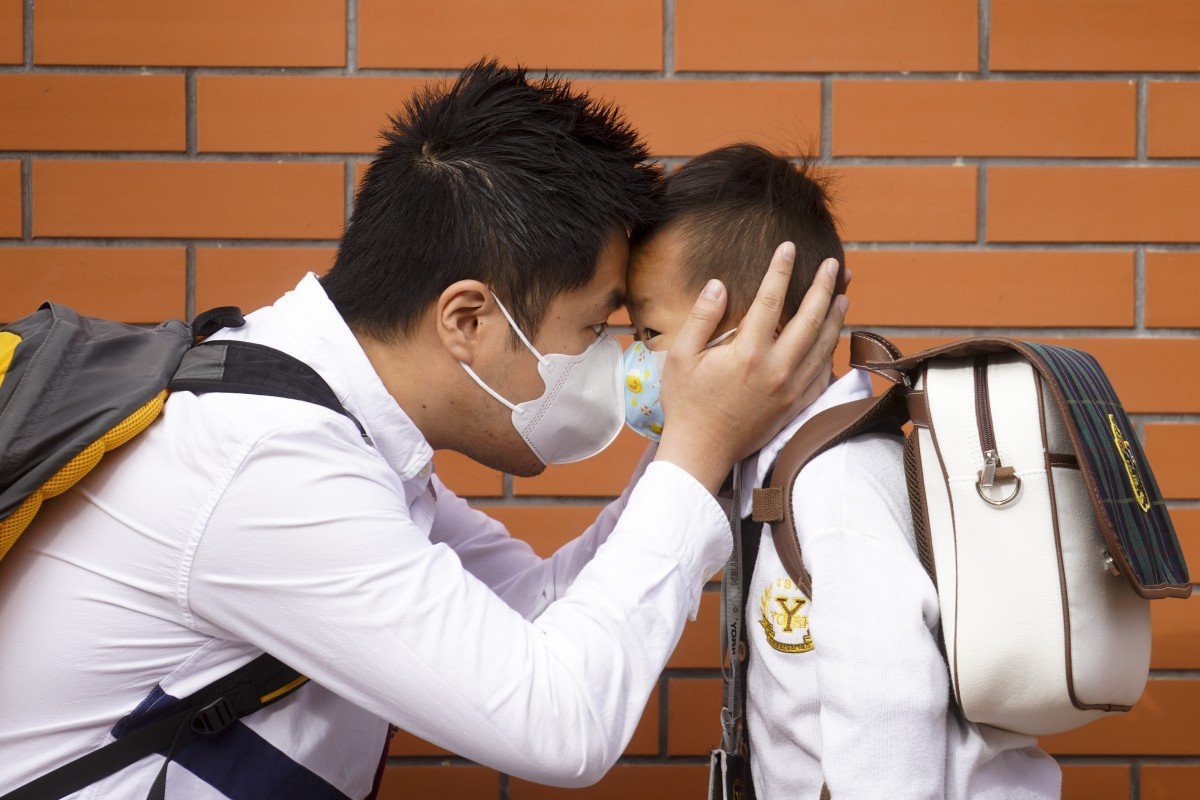 Hong Kong could yet again expand its raft of anti-pandemic measures, including the introduction of mandatory screenings for “high-risk” groups and potentially regulating hotel staycations, a government minister warned on Friday, as the city logged six new Covid-19 infections.

Secretary for Food and Health Professor Sophia Chan Siu-chee unveiled the potential moves at a Legislative Council panel on health.

“At this stage, there is no room to relax any of the current social-distancing measures… and because the epidemic is moving quickly, we won’t rule out tightening them if necessary,” she told lawmakers.

Health authorities recorded 23 coronavirus cases on Thursday, including four taxi drivers, while one patient this week was found to have attended parties at two hotels, with 10 and six friends on each of the occasions.

That case came on the heels of a staycation cluster at a Mui Wo hotel that led to about 10 infections.

The hospitality sector had already been put on notice to observe social-distancing rules, with the Federation of Hong Kong Hotel Owners urging members to self-regulate by asking guests to refrain from hosting large parties and even calling police if necessary.

But with international travel and other conventional leisure options curtailed by the pandemic, hotel parties have remained popular.

Chan on Friday reiterated the government would “not rule out” regulating the practice, while also revealing that a study into the legal framework necessary to allow mandatory testing for those deemed high risk was in its “final stages”. The government would push forward with the plan once it had passed the Executive Council, she said.

At least one government coronavirus adviser agreed both moves could eventually prove necessary.

“We might need to limit the number of people in a hotel room and prevent them from turning into party rooms,” Professor David Hui Shu-cheong, Chinese University’s respiratory disease specialist, told the Post.

As for mandatory testing, Hui, who has warned the number of untraceable cases could herald a fourth wave, said such a scheme could begin with taxi drivers if ongoing voluntary testing did not attract sufficient participants.

Two of Friday’s six Covid-19 cases were of unknown origin. The other two local cases had links to previous patients, while two were imported by travellers from Germany and Indonesia.

The four local patients were spread across the city – in Tai Po, Mong Kok, Quarry Bay and Cheung Sha Wan – with the two untraceable cases involving a 56-year-old librarian and a 65-year-old retiree who tested preliminary positive on Thursday. 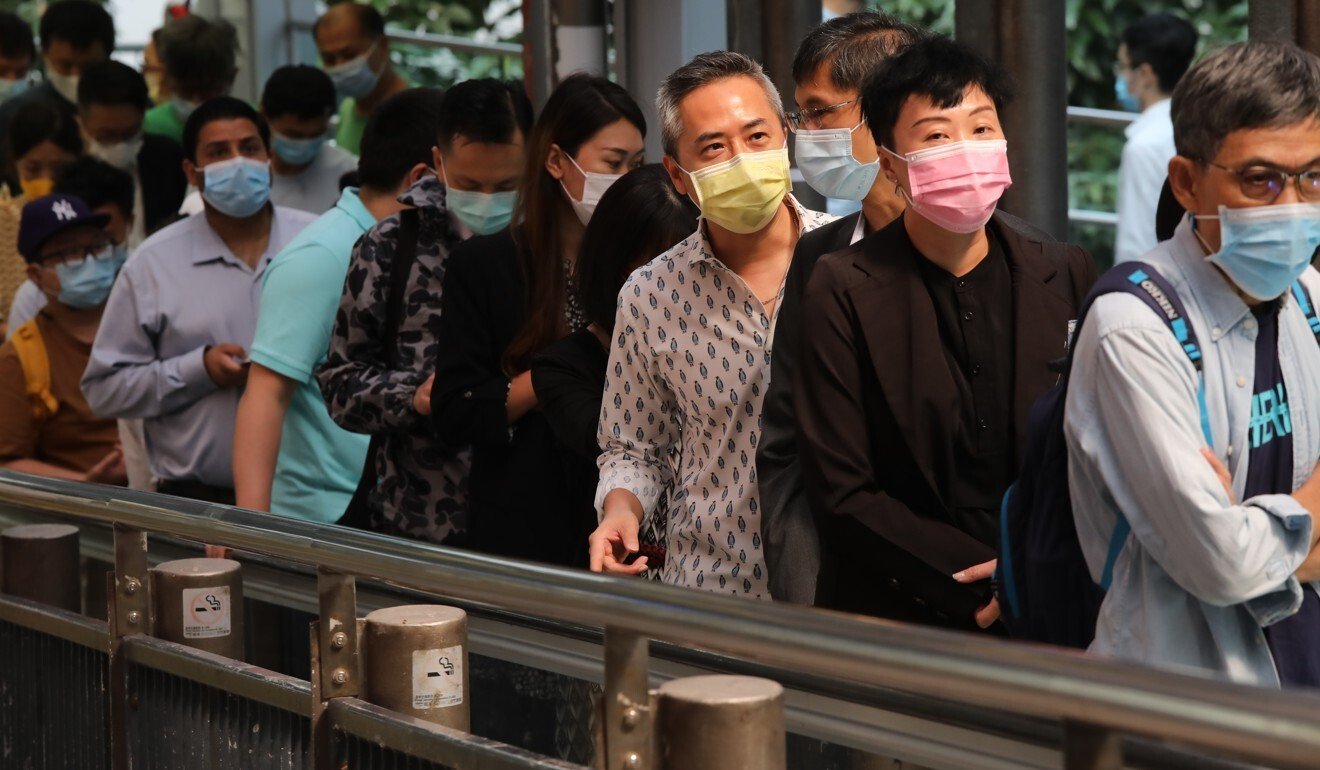 Hong Kong has been contending with a worrying trickle of untraceable local infections.

Heep Yunn School in Kowloon City, meanwhile, became the latest local school to close temporarily, shutting for two weeks after an intern teacher tested positive for the virus. The teacher, a 23-year-old sports major from Baptist University, was a close contact of a schoolmate who had attended staycation parties at two local hotels.

The school said the staff member had taught about 120 students in forms one, three and four, though all had worn masks during their sports lessons. The patient was last on campus on Tuesday, and one teacher will be sent to quarantine after sharing a meal with her.

No other teachers or students had shown symptoms, but all would be given deep-throat saliva bottles for testing, the school added.

The latest cases pushed the city’s tally to 5,436, with 108 deaths. There were fewer than 10 preliminary positive cases on Friday, according to health authorities.

Separately, the city has recorded 238 respiratory infection outbreaks in schools from Sunday to Friday, affecting 2,281 people.

The figures were revealed as new quarantine restrictions went into effect, with anyone arriving from countries other than China required to undergo their mandatory 14-day isolation period in a hotel. Residents returning to Hong Kong from low-risk countries had previously been allowed to quarantine at home.

Separately, the government said its new contact tracing app – “LeaveHomeSafe” – would be available for download beginning on Monday.

Users can scan a QR code at participating locations to log the places they have visited. They can also input a taxi’s plate number, though the service is not available for minibuses, buses or the MTR.

More than 6,000 public and private establishments have joined the programme. The app will notify the user and offer anti-epidemic advice if they checked in at a location that an infected person visited at roughly the same time.

Authorities said the data from the app would only be stored on the user’s phone and not in a central database, with the information deleted from devices after 31 days.