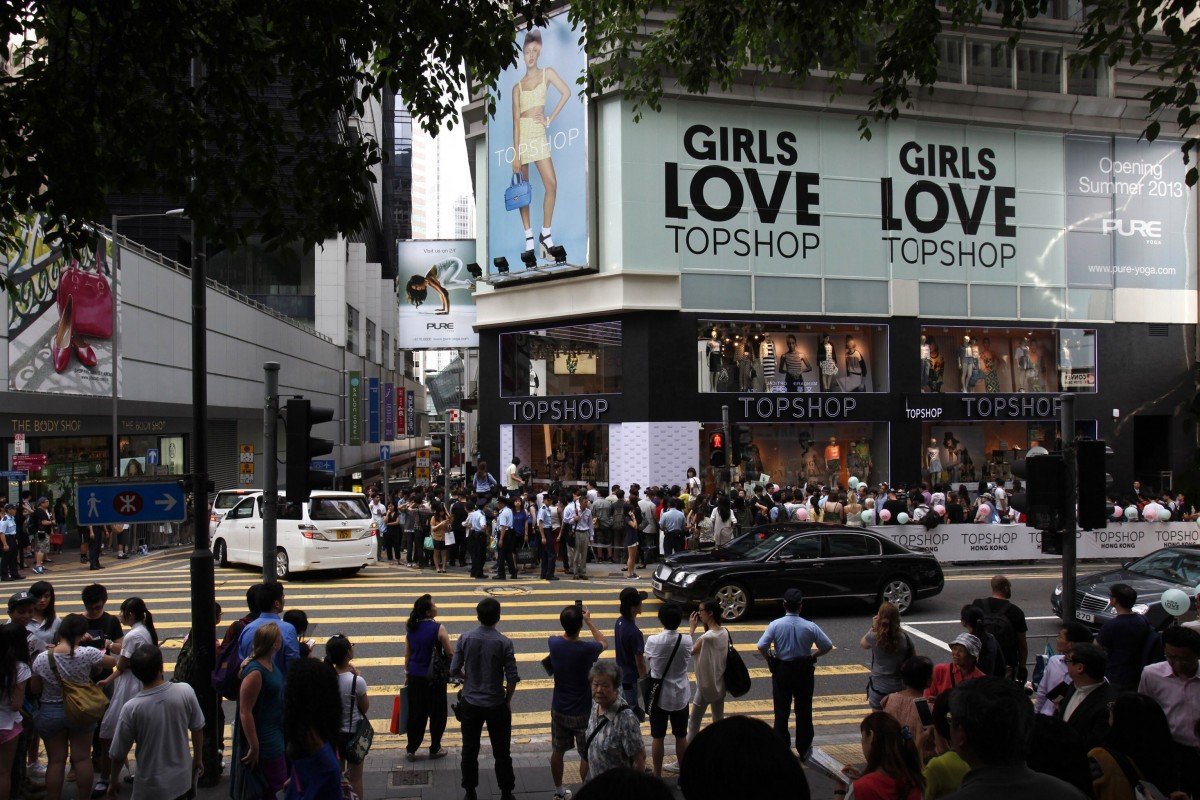 Topshop will close its two-storey flagship store in Central when the lease runs out in October. The closure comes even after the lease on Topshop’s store was reduced to HK$1.5 million a month in 2017 from HK$3.4 million earlier
British high street retailer Topshop is closing its last and largest store in Hong Kong, joining the ranks of foreign brands exiting the city amid a coronavirus-induced economic slowdown and shift to e-commerce.

Topshop told the Post that it will not renew the lease of its two-storey flagship store in Central when the contract expires in October.

The 14,000 sq ft store on the bustling Queen’s Road was secured by Topshop in 2012, initially for HK$2.8 million (US$361,285) a month through its partnership with Lab Concept, a unit of luxury fashion and lifestyle department store Lane Crawford, according to documents from Land Registry. The rent was brought down sharply in 2017 to HK$1.5 million a month after paying as much as HK$3.4 million before that.

The fast-fashion retailer also said that it was ending its partnership with Lab Concept when its agreement expires in October and shifting its presence to online only in the city.

“Hong Kong remains an important market to Topshop Topman, and both brands will continue to service the region via Topshop.com and Topman.com,” said a company spokeswoman. “All staff have been informed and will be offered new roles by our Hong Kong operating partner Lab Concept.”

Topshop, controlled by British billionaire Philip Green’s Arcadia Group, has closed a number of stores across the world, including the UK, US and Australia, after struggling to cope against a backdrop of challenging retail headwinds, changing consumer habits and increasing online competition. London-based Arcadia, which also owns Dorothy Perkins, Outfit, Burton, Evans, Miss Selfridge and Wallis, filed for bankruptcy in the US in May 2019.

The Covid-19 pandemic has hit high-street fashion retailers across the world, as sales slumped because of lockdowns and an economic slowdown induced by the deadly viral disease, pushing many to the brink of collapse.

Inditex, which owns Zara, Zara Home, Bershka, Pull&Bear and Massimo Dutti, said last month that it will close up to 1,200 stores globally. H&M also said in June it was shutting 170 stores worldwide.

Hong Kong’s retail sector has been on its knees since last year, starting with the protests. Retail sales fell 32.8 per cent year on year in May, which was the 16th consecutive month of decline. The city, however, remains one of the world’s most expensive property markets for both commercial and residential.

Gap said last week it was closing five of its eight stores in the city, while lingerie maker Victoria’s Secret shut its flagship store last month, seven years before its lease was to run out. British beauty retailer Lush shut its five-storey shop in Central.

Topshop opened its flagship Hong Kong store in Central in 2013, when the city’s retail sector was at it peak amid an influx of tourists from the mainland.

In 2014, it opened two more outlets – a 6,300 sq ft store in Queensway Plaza in Admiralty and a 4,700 sq ft space in Times Square in Causeway Bay, both of which have since shut down.
#COVID-19  #Covid  #Coronavirus
Add Comment