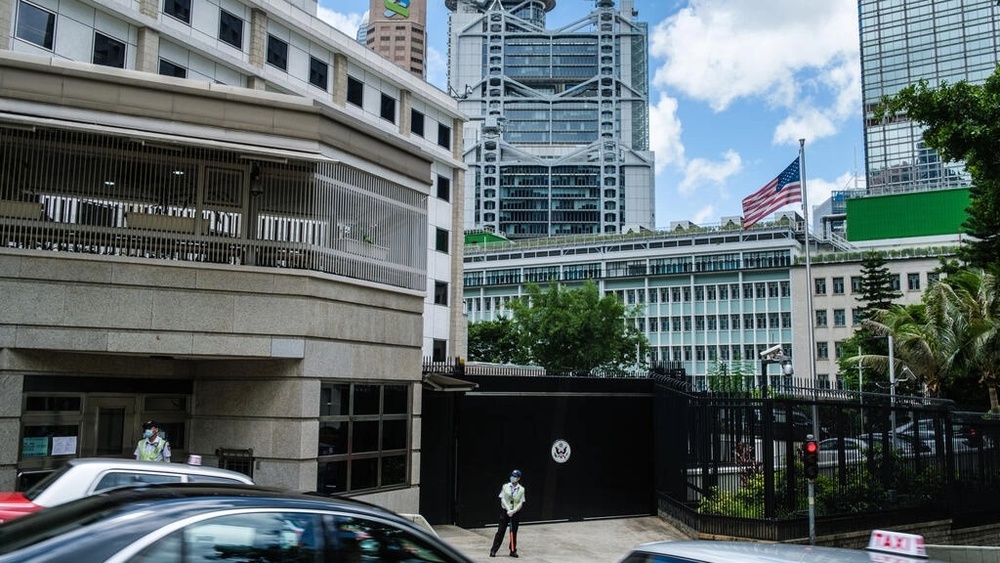 Washington's top diplomat in Hong Kong said China should not be "terrified of dissenting opinions" as he used a farewell speech on Monday to rebuke Beijing's crackdown on freedoms in the business hub.
Hanscom Smith's three-year term as consul general was caught in mounting challenges as Beijing and Washington took opposing sides on the city's huge, sometimes violent pro-democracy protests in 2019.

China imposed a sweeping national security law on the city following the protests and Washington implemented sanctions against top Hong Kong officials. US officials confirmed privately that since then city officials refused to meet with Smith.

The consul general complained that routine diplomatic activities were characterised as "interference" and diplomats have been threatened under the security law.

"Strong nations are not terrified of dissenting opinions. An exchange of views is not collusion. Attending an event is not interference. A handshake is not 'a black hand'," Smith said in his farewell speech at the American Chamber of Commerce in Hong Kong.

He reaffirmed that Washington did not support Hong Kong independence and "we simply ask Beijing to ... give the city the autonomy Beijing promised".

Since its handover to China in 1997, Hong Kong has been governed under a "one country, two systems" principle agreed by Britain and China and codified in the city's mini-constitution. Under it, China promised to allow Hong Kong to keep its capitalist system, independent judiciary, a high degree of autonomy and certain liberties rarely enjoyed on the mainland, for 50 years.

"No other major global business centre has witnessed such a significant erosion in the political environment in such a short period of time," Smith said.

Beijing said the law was necessary for safeguarding national security and accused "hostile external forces" -- in particular the United States -- and "anti-China elements in Hong Kong" of colluding to instigate secessionist protests in the city.

Chinese President Xi Jinping, during a rare visit to Hong Kong to celebrate the 25th anniversary of the handover on July 1, said the city had been "reborn from the fire" and the law had "turned chaos into stability".

Smith refuted such claims. The diplomat said millions of Hong Kongers protested in 2019 not for independence but "for the freedoms and autonomy they were promised".

"Blaming 'foreign forces' for unrest and violence, a beloved trope of authoritarian governments, is merely the PRC leadership's effort to shirk responsibility and pin its shortcomings on a foreign scapegoat," Smith said, using the acronyn for the People's Republic of China.

"Efforts to depict Hong Kong as a 'pawn' in a great power struggle are another attempt to evade the truth: America's policy on Hong Kong has been steadfast for decades."

Smith also warned that Beijing cannot expect Hong Kong to maintain its status as an international financial and business hub as it continued to degrade the city's political institutions.

"By constraining political and social freedoms, the PRC will inevitably compromise the attributes that have allowed Hong Kong to develop as a global services hub," he said. "Beijing can't have it both ways."
Add Comment