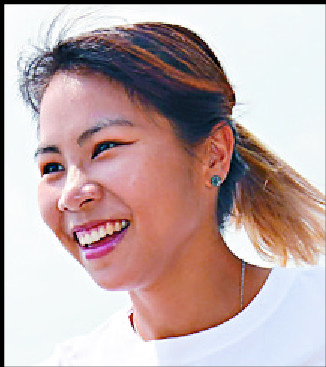 Runners remain doubtful as to whether the Standard Chartered Hong Kong Marathon can be held in February, said men's overall winner last year Wong Kai-lok, a day after the organizer Hong Kong Association of Athletics Affiliates made a U-turn to revive the flagship sporting event on February 12.
He said runners will have more time to prepare for the race in cooler weather if the marathon is held in February, adding that the new schedule will attract more overseas runners to sign up for the Hong Kong race.

"The marathon was always held at the beginning of the year," Wong said, but he also pointed out that many people were still "doubtful," worried that the race might be suddenly postponed, or even canceled.

"With the reopening of borders around the world, many overseas events are being held in full swing. Many runners have plans to go to different countries to participate."

But if runners plan to participate in overseas races next year, they might treat the Hong Kong race as a "speed test", and focus their efforts on races elsewhere, he added.

Marathons in Tokyo and Seoul will be held in March, and while runners await the Hong Kong event, the Taipei Marathon and the Standard Chartered Singapore Marathon will both be held in December this year.

Women's marathon record holder Yiu Kit-ching said the association may be less inclined to hold different events as the government has to make the final decision on whether a major sports event can be held - a process that involves many obstacles.

Legislative Council member Vincent Cheng Wing-shun said holding it in February is good as he believes by then the "3+4" arrangement of three days in a quarantine hotel and four days of medical surveillance may become "0+7," attracting more overseas runners.

Whether 25,000 runners are allowed depends on pandemic developments, he said, adding that he hopes all the details can be finalized by the end of next month.
#Covid
Add Comment