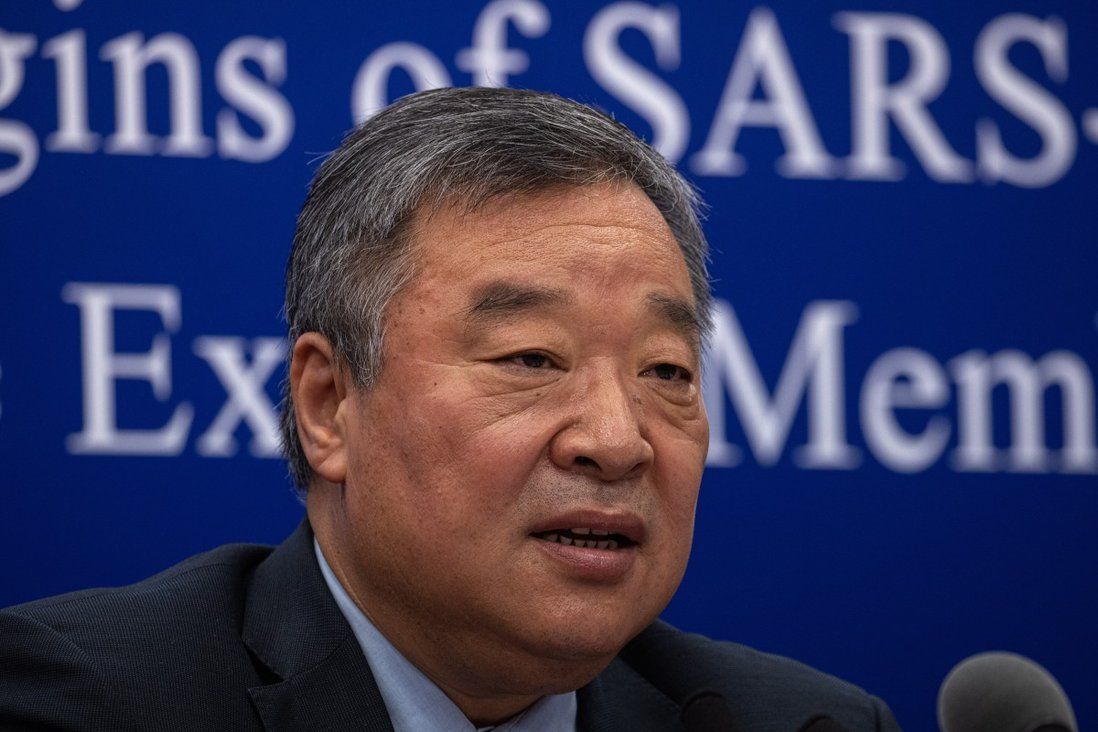 A top Chinese epidemiologist who heads the mainland’s government panel of experts on the coronavirus will arrive in Hong Kong on Monday to advise the city as daily infections reached a new record of over 26,000 cases and the death toll rose to 83.

The visit of Liang Wannian, leader of the National Health Commission’s (NHC) Covid Response Expert Team who was in Wuhan when the virus hit the mainland, showed that Beijing was treating the situation in Hong Kong as dire and requiring top-level guidance, sources told the Post.

According to insiders, the city’s first makeshift mobile cabin hospitals will also begin operating on Monday, potentially easing an overburdened health care system which over the weekend left the public reeling from viral images of corpses being left alongside patients at emergency departments. Beijing was also sending about 9,000 personnel to help carry out next month’s universal testing, one source revealed. 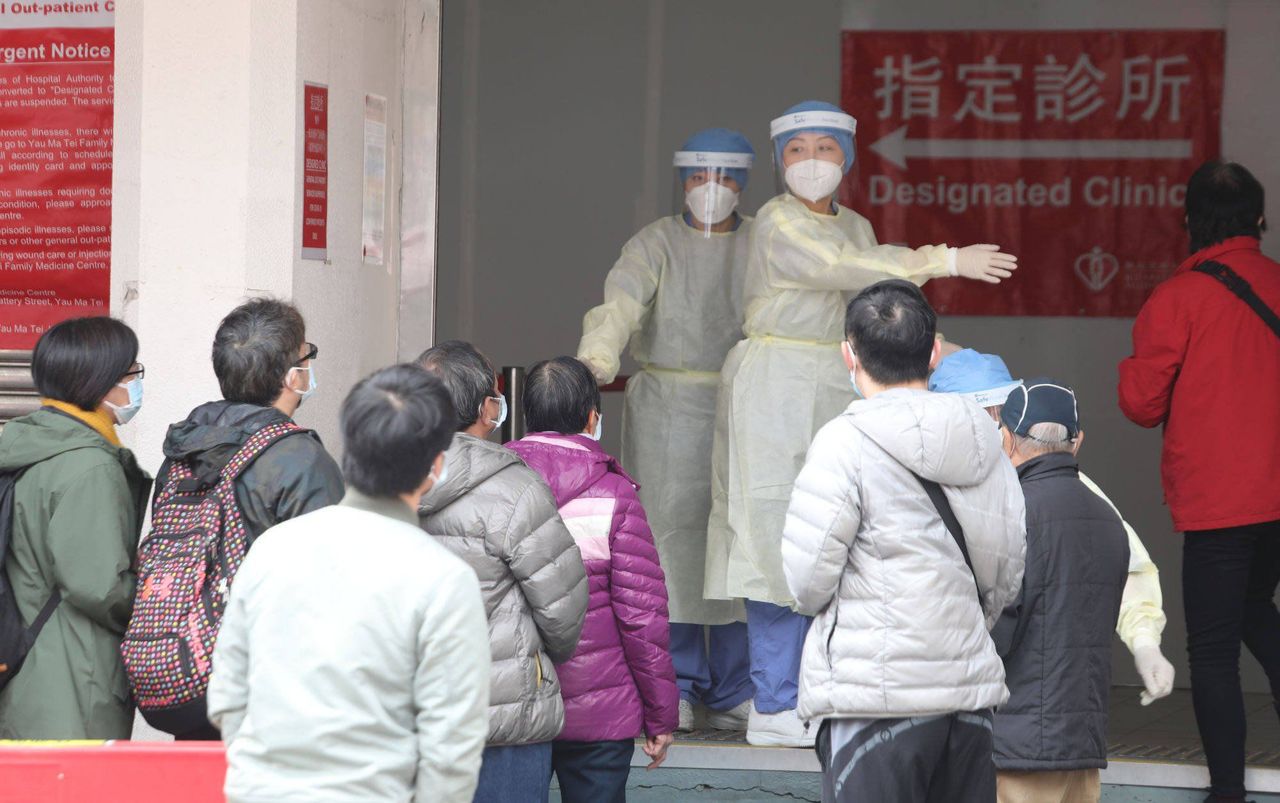 As experts warned that the number of cases would only worsen, another top mainland epidemiologist urged the government to further consider tightening social-distancing rules but warned the window of opportunity was closing fast.

Health authorities announced 26,026 cases on Sunday, taking the city’s overall number of infections to 171,314, the vast bulk of which have emerged in the past eight weeks alone.

“Indeed, we are very worried,” said Dr Albert Au Ka-wing, principal medical and health officer at the Centre for Health Protection. “Cases are still on a rising trajectory. We believe they will continue to rise in the short term.”

The city also recorded its deadliest day of the pandemic so far, with 83 related fatalities over the past 24 hours and 27 others occurring earlier but only revealed now due to a backlog.

One of the patients had received three shots of vaccine against the virus, while five had taken two and seven had taken one, according to Hospital Authority chief manager Dr Lau Ka-hin.

“This shows vaccination is very effective against complications and deaths,” he said, adding that 77 of the latest fatalities involved residents over the age of 65. The triple vaccinated man, who was 67, also suffered from late-stage kidney failure, according to Lau.

The latest fatalities pushed the overall death toll to 727.

With the number of deaths rising sharply, the city’s mortuaries are running out of room. Three of them had increased the number of holding spaces to 1,350 in total, but even with the added capacity, they were already 90 per cent full, Au said.

Following the emergence of the photos showing bodies laid alongside patients, the Hospital Authority had communicated with the Department of Health and the Food and Environmental Hygiene Department about the prompt collection of corpses, Lau revealed.

“We can’t cope with the transportation of corpses at the moment in a timely manner,” he said. “That’s why sometimes they are seen in emergency rooms. We are already doing our best.”

“If you have unvaccinated young children, elderly or people with chronic illness at home, try to get antigen tests for everyone for alternate day testing,” he said.

Failing that, people should consider double masking and try to maintain social distance even at home, Yuen advised.

Liang, who earned a PhD in epidemiology and health statistics at China Union Medical College, is leading a group of five experts who will relieve the first team that completes its 10-day mission on Monday. Not only did he help combat the coronavirus outbreak in Wuhan two years ago, but he also was instrumental in the fight against Sars in Beijing roughly two decades ago.

The central government has also appointed NHC deputy director Wang Hesheng as a leader of a top-level tripartite coordination group operating from Shenzhen that is also helping to manage the health crisis. The coordination group is headed by Xia Baolong, director of the State Council’s Hong Kong and Macau Affairs Office.

Liang will take over from Kang Min, who runs the infectious disease institute under the Guangdong Provincial Centre for Disease Control and Prevention.

Ahead of his arrival, another leading mainland epidemiologist warned the infection rate was “still accelerating” in Hong Kong and the government had only a short window of time to further tighten social-distancing regulations.

“As the epidemic continues to develop, the window period for tightening public health and social prevention and control measures is getting shorter and shorter,” Feng Zijian, vice-president of the Chinese Preventive Medicine Association, told the state-run Xinhua News Agency on Friday. “Timing is very important. If it is decided to be implemented, it should be rolled out as soon as possible.”

A second government source also revealed the isolation facility at Tsing Yi would be operational on Monday, just one week after construction began, and another seven sites would be up and running in the coming weeks, providing a total of 40,000 beds.

“We are racing against time as Hong Kong has already run out of places to quarantine and treat the patients with mild symptoms,” he said. “Home quarantine is not optimal as Hong Kong is so densely populated.”

The insider revealed that the central government had arranged to send about 9,000 personnel to help carry out next month’s screening of every resident after local officials encountered difficulty in recruiting enough staff in such a short period of time.

The government decided on three rounds of screening, but the operation will not be accompanied by a citywide lockdown, which the source conceded was difficult in Hong Kong.

“So a few alternatives are discussed, all aimed at drastically reducing social interaction to curb the rapid transmission,” he said.

Medical professionals from over the border are allowed to treat Covid-19 patients in Hong Kong after the city’s government invoked an emergency law, and Hospital Authority chairman Henry Fan Hung-ling has expressed hopes that Beijing will initially deploy between 3,000 and 5,000 practitioners.

Meanwhile, the Urban Renewal Authority has offered 56 flats located in its redevelopment projects to uninfected family members of its tenants who fall ill with the virus, according to managing director Wai Chi-sing. The authority was also considering extending its offer of rent reductions of as much as 75 per cent to both its domestic and commercial tenants for six months beginning in April.

The Commerce and Economic Development Bureau revealed it was handing out medical supplies from the mainland to frontline staff, including traditional Chinese medicine, personal protective equipment and RAT kits.

The bureau had already distributed half of its 14 million kits and would set aside part of the remainder for next month’s universal testing scheme.

Most of the 11 million N95 and KN95 masks received from the mainland would be reserved for the same purpose, it said, adding that 500,000 masks and 200,000 clip-on pulse oximeters, which measure blood oxygen levels, had already been handed out.

The Home Affairs Department has distributed 1.8 million RAT kits to residents across the city through the Hong Kong Community Anti-epidemic Link.

The government also advised pregnant women to receive a Covid-19 jab. The Department of Health said they had a higher chance of developing serious complications after contracting the virus, but vaccines could reduce the risk of needing hospitalisation and death, with the antibodies passing to the foetus through the umbilical cord.

Police on Sunday night said that a chauffeur driving force chief Raymond Siu Chak-yee had tested positive, but Siu himself was given the all-clear. A slew of government drivers including those for the ministers of technology and environment have recently tested positive for the coronavirus.

Two pro-Beijing heavyweights will also miss key annual political meetings in Beijing after recently coming into contact with Covid-19 patients. Tam Yiu-chung, the city’s sole delegate to the nation’s top legislative body, and Maria Tam Wai-chu, vice-chairwoman of the semi-official Chinese Association of Hong Kong and Macau studies, will self-isolate in Shenzhen instead.