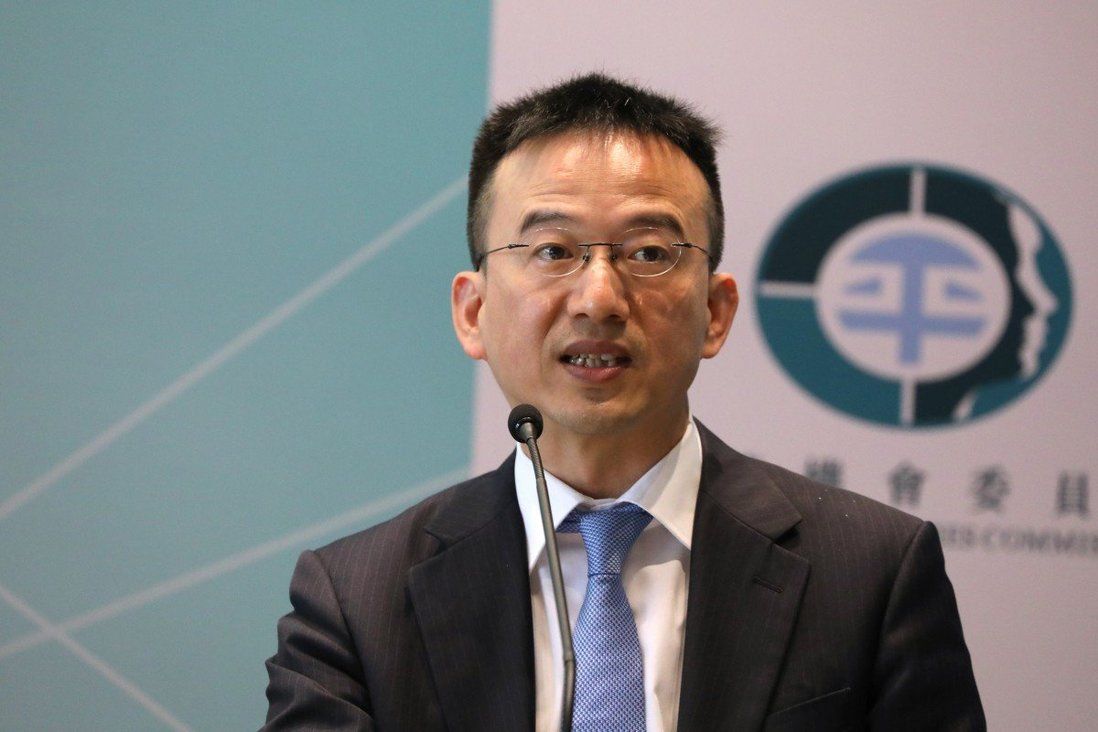 Andy Chan resigns as undersecretary for constitutional and mainland affairs, becoming the third top political appointee to leave the government since a leadership reshuffle last April.

Andy Chan Shui-fu, undersecretary for constitutional and mainland affairs, said he had tendered his resignation last month for health reasons. He added that he had no plans to leave Hong Kong, and had maintained a good working relationship with his colleagues, including mainland affairs chief Erick Tsang Kwok-wai.

“Erick is a frank and interesting colleague to work with … My biggest regret is that we cannot finish our term together in the remaining 18 months or so when we can see the finish line already,” Chan said.

In a statement, a government spokesman said Chan was currently on leave, and would leave the government with effect from February 28.

“The secretary for constitutional and mainland affairs, Erick Tsang Kwok-wai, thanked Andy Chan for his contribution during his tenure and wished him a healthy and happy life,” it said.

Chan, 48, was the third senior Hong Kong official to resign in the last year.

Less than a month ago, on January 15, the government confirmed that Jade Lai Wing-yu, political assistant to the secretary for home affairs, had resigned “due to her need to take care of her family” in Singapore.

Regarding his health, Chan told the Post that he and his family were worried about his stubbornly high blood pressure and his family’s history of cardiovascular conditions.

“I was originally able to keep my blood pressure under control through exercise and keeping a healthy diet. But it started to get out of hand recently, with the systolic pressure going as high as 180, and diastolic pressure standing at 120,” he said.

“It remained unstable after I started to see different doctors and tried different medications. The systolic pressure remained as high as 160, and diastolic pressure standing at 110 even after getting up from a whole night sleep. So I had to decide on what to do.”

Chan said he discussed the situation with Chief Executive Lam and his boss, Tsang, and both had agreed that his health had to come first.

Looking back, Chan said he was most proud of his work helping to push the national anthem bill through the Legislative Council to criminalise any abuse or misuse of the song March of the Volunteers.

“It was enacted through local legislation, and it’s a vivid example that ‘one country, two systems’ is being implemented here,” he said, referring to the principle governing relations between Hong Kong and mainland China.

Lawmaker and executive councillor Regina Ip Lau Suk-yee said she had known Chan since the 2000s, when he worked under her during her stint as secretary for security. Chan had notified her before resigning, she added.

“The health concern is real, and I understand him very much, as his bureau has to handle a series of controversial policies in the coming months,” she said. “The pressure could be too huge to handle.”

Ip was referring to the amendment to the Oaths and Declarations Ordinance that the administration is expected to introduce after the Lunar New Year holiday, bringing it in line with the national security law by extending oath-taking requirements to district councillors.

Chan’s bureau also had to handle the coming Legislative Council elections in September, she said.

With three senior officials resigning within one year, Ip said the administration would be hard pressed to find successors as “the kitchen is very, very hot”.

“The whole government is experiencing a really unfortunate time – full of controversies, while busy dealing with the pandemic – people might be hesitant to commit,” she said.

Pro-establishment lawmaker Alice Mak Mei-kuen said it was a pity that Chan left the government for health reasons, describing his role as “difficult and specialised”, and not easy to fill.

Former opposition lawmaker Andrew Wan Siu-kin said he had debated with Chan numerous times while he was in office, and appreciated him as a person who followed laws, rules and procedures.

“But his role in the bureau is a politically controversial post, and would definitely have a lot of pressure,” Wan said.

“It is clear that the whole government is facing a lack of capable talent since last year, but there is always someone who is willing to take up these roles. Only you are not sure whether that would be a better person.”

Chan was 44 when he became the undersecretary for constitutional and mainland affairs in August of 2017.

He joined the government as an administrative officer in 1994, and had worked for the Security Bureau, the Chief Secretary’s Office, and the Food and Health Bureau before being promoted to deputy secretary for transport and housing in July 2012.