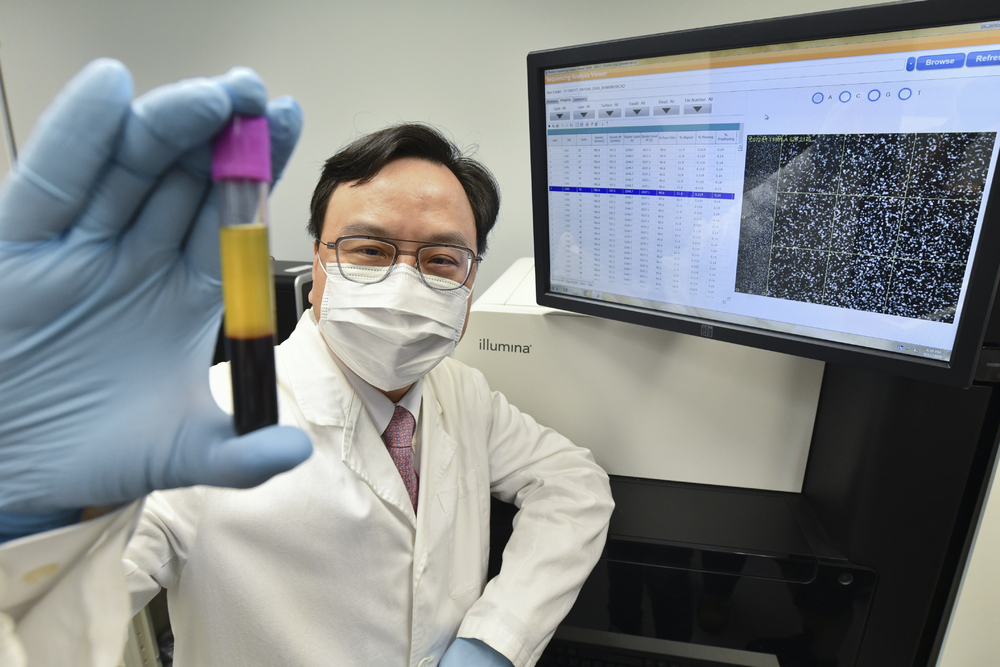 Professor Dennis Lo Yuk-ming from the Chinese University of Hong Kong, who developed the non-invasive prenatal diagnostic test, has been named the recipient of this year’s Lasker award for clinical medical research.
The award, which is among the most prestigious prizes in medicine with a reputation akin to that of the Nobel Prize, was announced Wednesday by the Albert and Mary Lasker Foundation, recognizing achievements in medical research.

Lo, a molecular biologist at CUHK, was awarded for creating a prenatal blood test that can check for Down syndrome and other genetic conditions. Lo found that DNA from the fetus was in the mother’s bloodstream, allowing genetic screening to be done with a blood test rather than a more invasive procedure.

He is known as the “father of non-invasive prenatal testing” for his discovery.

Lo hopes this award can inspire young people that local research can also make an impact on our world.

Joining CUHK in 1997, Lo is now the director of the Li Ka Shing Institute of Health Sciences, associate dean of research, and chairperson of the department of chemical pathology at the university.

The Lasker Foundation also awarded prizes in two other categories. Lauren Gardner, who created the Johns Hopkins University Covid-19 Dashboard, was given the public service award. A group of three researchers whose work relates to how cells interact with their surroundings received the basic medical research award, which goes to a fundamental discovery that opens new scientific territory.

The US$250,000 prize that comes with the award will be shared between the three recipients.
#COVID-19  #Covid
Add Comment