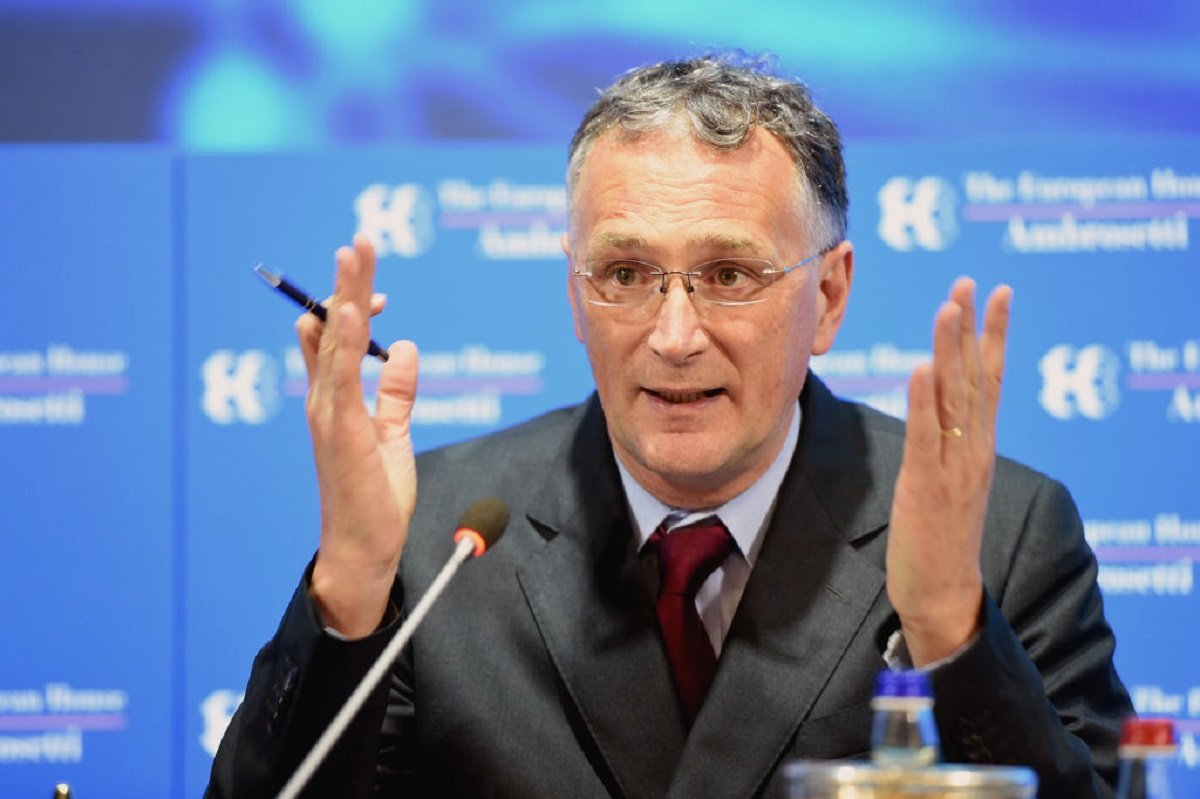 Mauro Ferrari said he had lost faith in the system after he failed to set up a special programme to fight coronavirus.

The EU's executive, the European Commission said it regretted his resignation at such an early stage.

It said it had the most comprehensive measures to combat the virus.

Mauro Ferrari is an Italian-American scientist known as a pioneer in the field of nanomedicine with decades of work in the US. When he took up the role as head of the European Research Council he stressed his commitment to serving society.

In a statement to the Financial Times and Corriere della Sera in Italy, he spoke of his commitment to the "idealistic dream of a United Europe... crushed by a very different reality".

As the tragedy of the pandemic became clear Prof Ferrari says he pushed for a special programme directed at combating Covid-19, with the world's best scientists having the resources to fight it with new drugs, vaccines, diagnostic tools and behavioural approaches based on sciences "to replace the oft-improvised intuitions of political leaders".

His proposals were rejected unanimously, he said, by the council's governing body because the ERC funded "bottom-up" research proposed by scientists themselves and did not see the beneficial impact on society as a justification for funding.

Prof Ferrari describes how he then worked directly with European Commission President Ursula von der Leyen and developed a plan which she contributed to.

However, he complains his direct involvement with Mrs von der Leyen "created an internal political thunderstorm" and once it went to the different parts of the Commission he believes it "disintegrated upon impact".

The EU has often struggled to reach a consensus on tackling the Covid-19 outbreak. Finance ministers suspended talks early on Wednesday on how to help southern eurozone countries worst affected by the pandemic. The talks were due to resume on Thursday.

After Prof Ferrari's resignation, German MEP Christian Ehler told the Science Business website that Prof Ferrari's proposals contradicted the legal basis of the ERC and were a "window-dressing public relations stand on the coronavirus crisis".

One of the conditions for an ERC grant is that scientists apply for funding on a "bottom-up" basis for research either in a public or private research organisation.

When he started work at the ERC on 1 January, he was reportedly given permission to continue some of the US work he had been involved in. Science Business reported that this arrangement was unusual for the ERC and had already prompted some outside criticism.

In its statement, a European Commission spokesman emphasised that the president of the ERC chaired the council and was special adviser to the Commission, while the council itself defined the "funding strategy and methodologies of the ERC".

The Commission spokesman said more 50 ERC projects had been involved in fighting the Covid-19 pandemic and 18 research and development proposals had been selected.- across a variety of scientific fields from virology to social behaviour.

Prof Ferrari said it was time for him to return to "the frontlines of the fight against Covid-19, with real resources and responsibilities, away from offices in Brussels, where my political skills are clearly inadequate".

The Commission said it was grateful for Prof Ferrari's "strong personal investment" and wished him well for the future.
#Coronavirus  #Vaccines  #COVID-19  #Covid
Add Comment