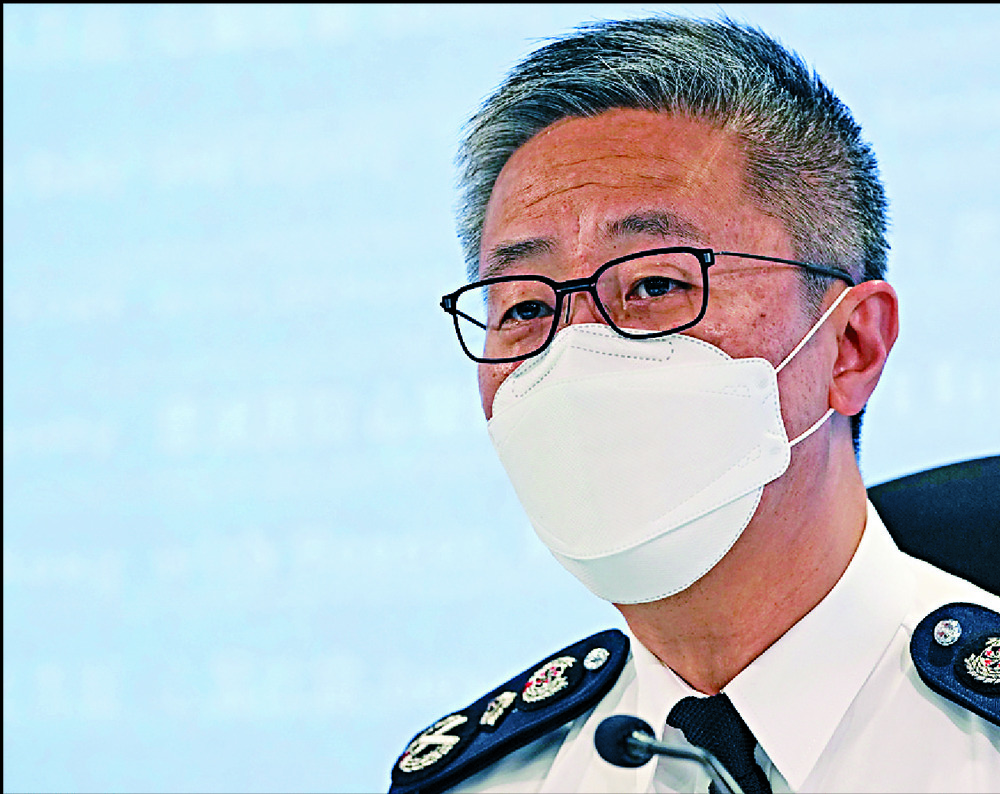 Police Commissioner Raymond Siu Chak-yee says he goes to social events to promote district police work.
That was in defense of his attending National People's Congress delegate Witman Hung Wai-man's birthday party on January 3, where a guest was later found to have Covid.

In a press conference yesterday, Siu said he had no private connections with Hung but they have a long-standing working cooperation on road safety.

Siu refused to disclose details of his visit, citing ongoing investigation. He was one of 15 top officials who attended the party.

He added he acted responsibly by quarantining at Penny's Bay.

On Hong Kong's law and order situation, Siu said a total of 64,428 criminal cases were recorded last year, a 1.9 percent increase from 2020.

The force's statistics showed a decrease in the number of robbery cases and a drop in burglary cases.

But fraud cases increased 24 percent to 19,249, with over 70 percent of crimes happening online.

There was also a marked 37-percent increase in serious drug crimes, and a huge spike in the amount of drugs confiscated.

The statistics showed an over-60 percent increase in child abuse cases, including those in the ongoing Mong Kok care home case.

The police's national security department arrested 162 people who violated the security law, with over 100 of them prosecuted.

Deputy Commissioner of Police (National Security) Lau Chi-wai said: "These numbers ... send a clear signal to the public on the consequences of breaching that law."
#Covid
Add Comment