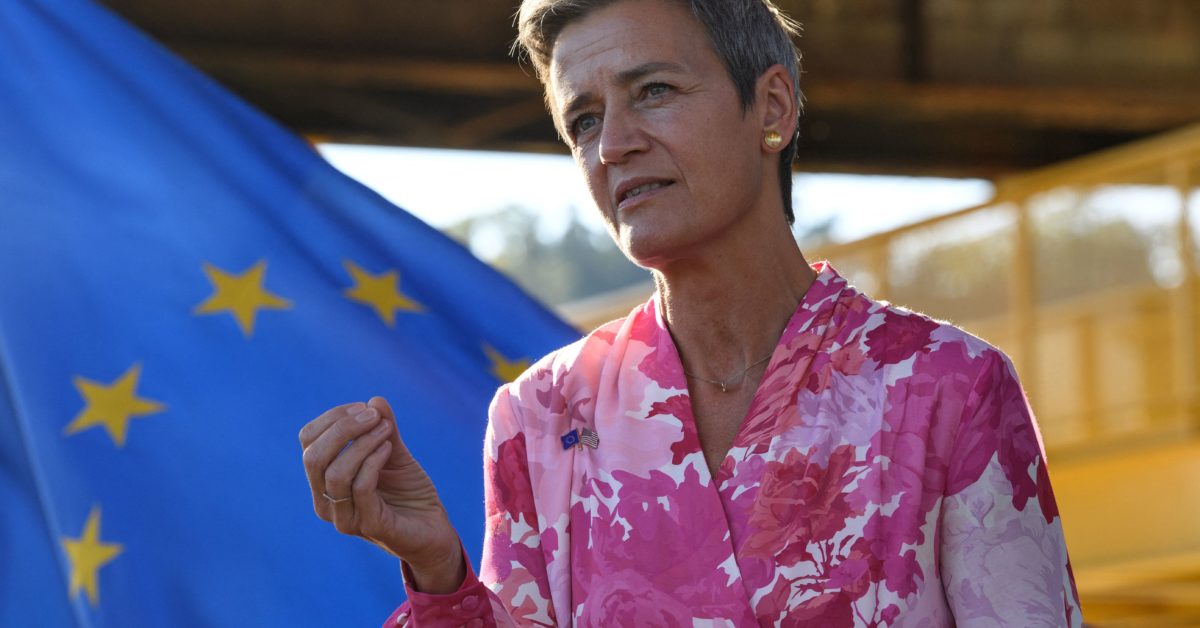 Nicholas Banasevic, who led the charge against Google, will join the law firm Gibson, Dunn & Crutcher LLP.
EU competition czar Margrethe Vestager is losing another of her most experienced commanders in the campaign against Google to a large law firm, just as she is escalating her battle against Big Tech.

Longtime official Nicholas Banasevic, who spearheaded the European Commission's antitrust probes against Google, will join the law firm Gibson, Dunn & Crutcher LLP. The date of the move is still to be confirmed.

Banasevic is far from being the first high-profile name to jump ship this year. His move follows the departure of two other top competition officials with long experience in fighting Silicon Valley giants — Cecilio Madero Villarejo and Carles Esteva Mosso — who also are joining law firms that act for the very same companies. Madero was the chief of antitrust within the Commission's competition department when Vestager launched her crusade against Google.

Banasevic has "decided to leave DG Competition and the Commission to join private practice," Olivier Guersent, director general of the European Commission's competition department, informed his staff on Monday morning. "Nick has been key to the success of a number of the landmark cases that have made the reputation of excellence of DG Competition," Guersent wrote in an email seen by POLITICO.

Banasevic, a British national, has worked at DG Competition for more than 20 years. Since 2012, he has headed the unit that brought three Google investigations that hit the search giant with more than €8 billion in fines. On November 10, the EU General Court will rule on Google's challenge of the first of those cases, which saw the company fined €2.42 billion over its shopping comparison service.

While the Commission has successfully concluded these cases with fines against the search giant, complainants in the cases grumble that Brussels' action has been less effective at reining in Google's dominance of the market.

The announcement of Banasevic's departure comes right after a five-day court hearing in Luxembourg over the Commission's €4.3 billion Android case against Google. At the court, the case team was represented not by Banasevic, but by his long-time deputy Brice Allibert.

Since May 16, Banasevic has also temporarily been in charge of the overarching Information, Communication and Media directorate following the promotion of Guillaume Loriot.

Christian Riis-Madsen, the EU chair of Gibson Dunn's antitrust and competition practice, welcomed his new recruit in a statement.

“We have admired Nick’s achievements and dedication to the Commission over a long career and we are excited to welcome him to Gibson Dunn in the near future,” Riis Madsen said.

The departure of a third top competition official from the Commission in less than a year triggered concerns about revolving doors.

A Commission spokesperson said Banasevic was "granted an authorization" for the move "with the appropriate restrictions imposed." The aim of the procedure "is to prevent any risk of a real, potential or perceived conflict with the Commission’s legitimate interest," the spokesperson added.

Gibson Dunn frequently represents Apple in U.S. lawsuits, including in its recent antitrust battle with game developer Epic. Vestager in April issued a charge sheet against Apple following a complaint from Apple Music rival Spotify. This and another investigation into Apple's app store rules were not handled directly by Banasevic's unit, but by two units that reported to him in his capacity as acting director.

Earlier this year, Madero and Esteva Mosso joined law firms specialized in antitrust after working for years as deputy director-general at DG COMP.

Madero, who was involved in high-profile battles such as those against Microsoft and Google — hand in hand with Banasevic — joined law firm Clifford Chance less than a year after he left his position at the Commission. The announcement came in May, a few weeks after the news that Esteva Mosso would leave his job as a deputy director general in charge of state aid to join law firm Latham and Watkins. The two announcements in rapid succession fueled concerns and debate over former top competition officials joining law firms.

Clifford Chance does work for Amazon, while Latham and Watkins does work for Facebook — two companies that are also involved in pending EU antitrust investigations.
#Facebook
Add Comment