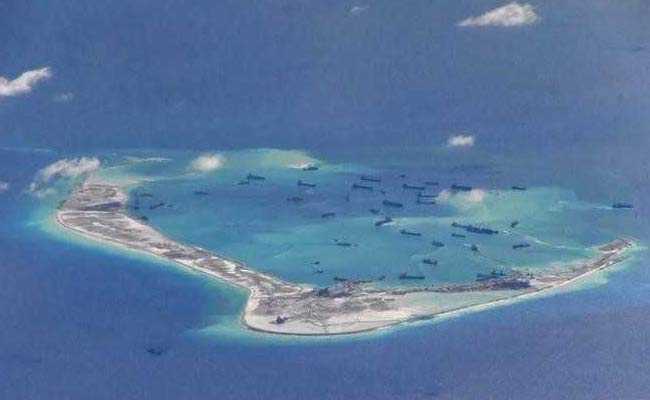 The Japanese government termed the Chinese action "a violation of international law. It is truly regretful, and we cannot accept it."
Japan has conveyed its concerns to Beijing after a Chinese naval ship sailed in Japan's waters earlier this week, off its southwestern prefecture of Kagoshima.

The Chinese survey ship was spotted sailing off the southwestern prefecture on Wednesday and Thursday in the so-called contiguous zone outside Japan's territorial waters, reported Kyodo News, citing the ministry.

A Maritime Self-Defense Force patrol plane spotted the ship heading toward Japanese waters from the contiguous zone south of Yakushima Island around 8.40 pm on Wednesday.

The Japanese government conveyed concerns about the vessel's action to China through diplomatic channels, said officials familiar with the matter, Kyodo News reported.

Recently, China has ramped up maritime activities in the South China Sea.

On Friday, four Chinese coast guard ships also entered Japanese waters around the Senkakus, marking the first intrusion in the area since October 20.

The Japanese government termed the Chinese action "a violation of international law. It is truly regretful, and we cannot accept it."

Top government spokesman Hirokazu Matsuno said Japan has lodged a protest with China because the islets are "no doubt an inherent territory of our country historically and based on international law."

China claims sovereignty over almost the entire South China Sea and has overlapping territorial claims with Brunei, Malaysia, the Philippines, Vietnam and Taiwan.

Meanwhile, China's military has criticised the latest operation as the latest proof of the United States' "militarization of the South China Sea," adding that it had tracked the vessel and warned it off, Japan Times reported.

China on September 1 implemented a revised law that enables its maritime safety agency, which belongs to the transportation ministry, to order foreign vessels to leave what Beijing claims as its territorial waters if it judges their presence to be a security threat.
Add Comment