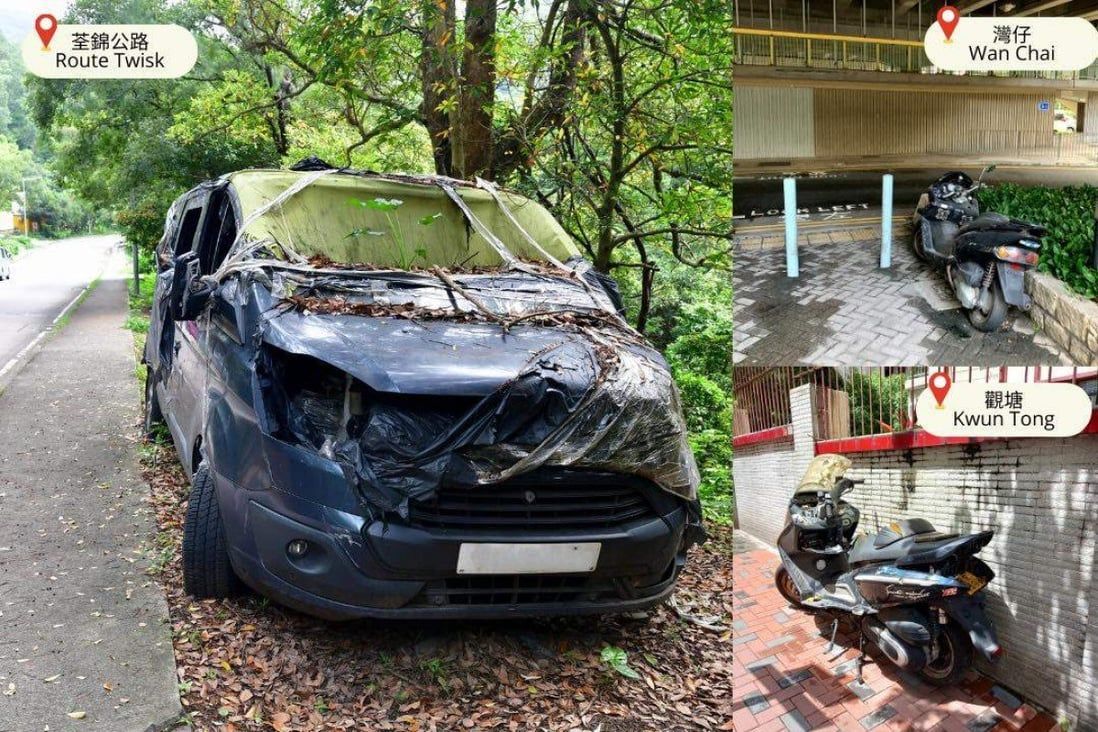 To stop owners abandoning vehicles, incentives are better than enforcement

Calls for better law enforcement to prevent vehicle dumping have gone unanswered before; perhaps a new approach is needed. New owners could be asked to pay a deposit to the government, which would be returned once the vehicle was legally scrapped.

The French have a word for it, but then they usually do. Déjà vu – which literally means “already seen”– is the overpowering sensation that you have experienced a situation before.

Thus it was for me when the Ombudsman, Winnie Chiu Wai-yin, published her report earlier this month on the subject of vehicles abandoned on government land. Way back in 1980, I was dealing with that very same problem on Lantau in my first posting in the government.

On reading the report, another French expression sprang to mind: plus ca change, plus c’est la meme chose – the more things change, the more they stay the same.

As Chiu points out, the problem of unwanted vehicles being left in parking spaces, on roads or footpaths is a long-standing one. The practice denies law-abiding citizens the use of those facilities, for which they have paid with their tax dollars. Like other forms of dumping, there can also be hygiene issues.

It is hard to quarrel with that analysis; I could have written the same thing myself. Looking back, I probably did.

The report does not seek to cover the problem of vehicles dumped on private land, but this is a related issue which adds a further layer of complexity as far as government departments are concerned. When a report comes in of an abandoned vehicle, it first needs to be established whether it is on government or private land (it is not always obvious). 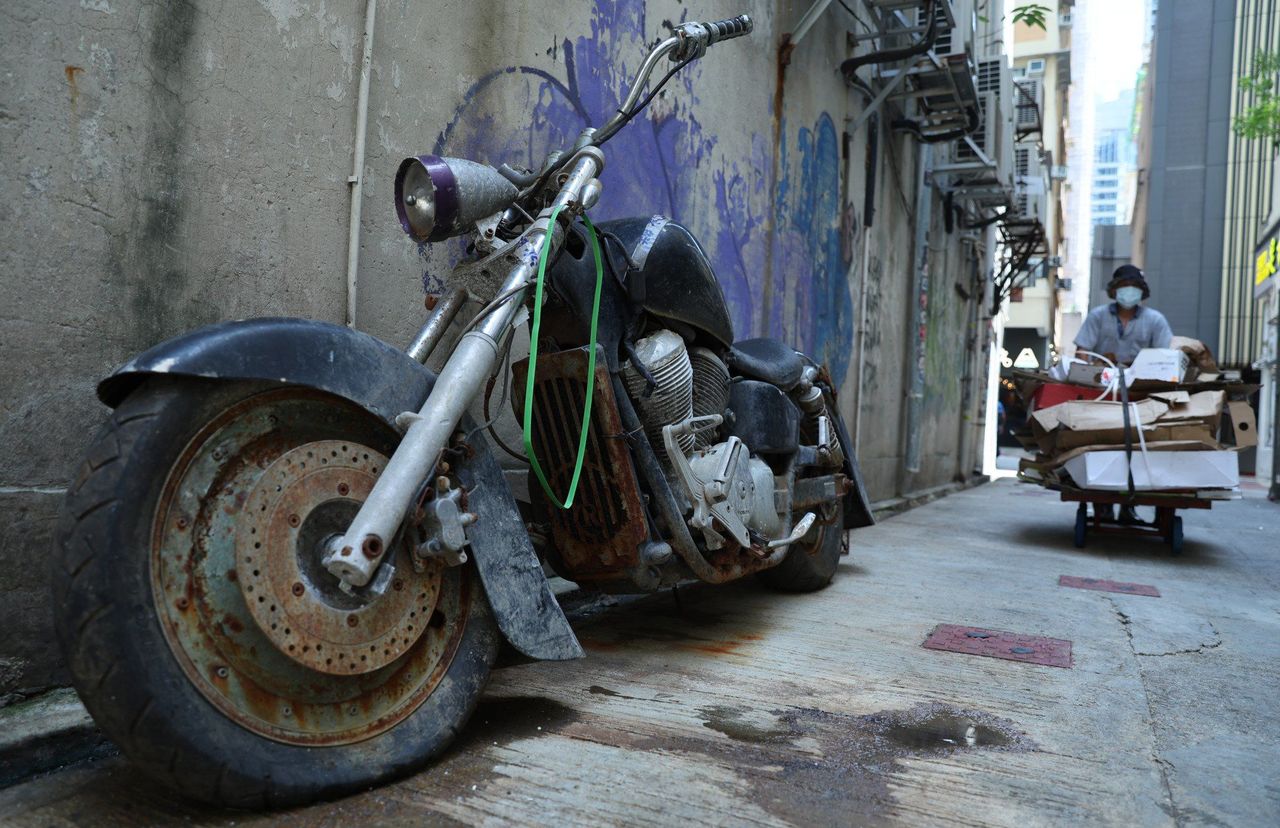 An abandoned motorbike in an alley in Tin Hau on August 27.

If the land is private, it must then be determined whether such use is allowed under the lease and whether it is with the approval of the landowner. (If the latter does not approve, an easy remedy is to push the offending vehicle onto an adjacent public footpath, so it becomes a government problem.)

Historically, four departments have been principally involved in the issue: the police can take action against hazardous obstruction of public roads or footpaths; the Lands Department can use their ordinance to take action against vehicle owners for improper occupation; the Transport Department licenses all the vehicles in question and knows when those licences expire; and the Home Affairs Bureau has a kind of residual responsibility for any issue which annoys the community and requires coordination to resolve.

Arguably, the Highways Department also has a responsibility for the particular problem of motorbikes abandoned in back lanes.

As is often the case when a problem is the responsibility of several different departments, it is not a top priority for any of them.

In 2000, the police ceased to follow up in cases of abandoned vehicles that posed no danger to traffic or road safety. In 2007, the Lands Department suspended its work on evidence collection and prosecution as it considered that difficulty of proof had rendered prosecution efforts largely ineffective. Perhaps not surprisingly, the Ombudsman found that only eight cases had been prosecuted in the past two decades.

Meanwhile, the Transport Department had not followed up on a recommendation in the 2000 Audit Report to legislate to make it easier to prosecute offending vehicle owners.

In practice, the collective efforts of all the departments focused on clearing the offending vehicles away, with little or no attempt to hold the owners accountable.

In the Ombudsman’s mind, this was the crux of the problem so her recommendations centred on bureaucratic remedies: press ahead with the legislation; remind owners of vehicles whose licences were expiring of their obligations; resume prosecution efforts and improve collaboration to do so, and so on.

But is it good enough just to shuffle the existing cards? I suspect that, once the dust has settled on this report and the spotlight moves elsewhere, we will be back to the occasional clearance sweep and few, if any, prosecutions.

The reason is simple: members of the public care about their loss of amenity, they are not really bothered by failure to prosecute relatively minor breaches of obscure regulations. Departments respond accordingly.

The question must be asked why we always focus on punishment and enforcement. If deterrence is not working, how about creating some incentives?

Every person buying a new vehicle should be required to pay a cash deposit, to be held by the government, as security for future lawful disposal. The receipt would follow the ownership whenever the vehicle changes hands, so the ultimate owner, when the car is ready to be scrapped, has a strong incentive to do so legally as, on production of the certificate, he or she would get back the deposit. 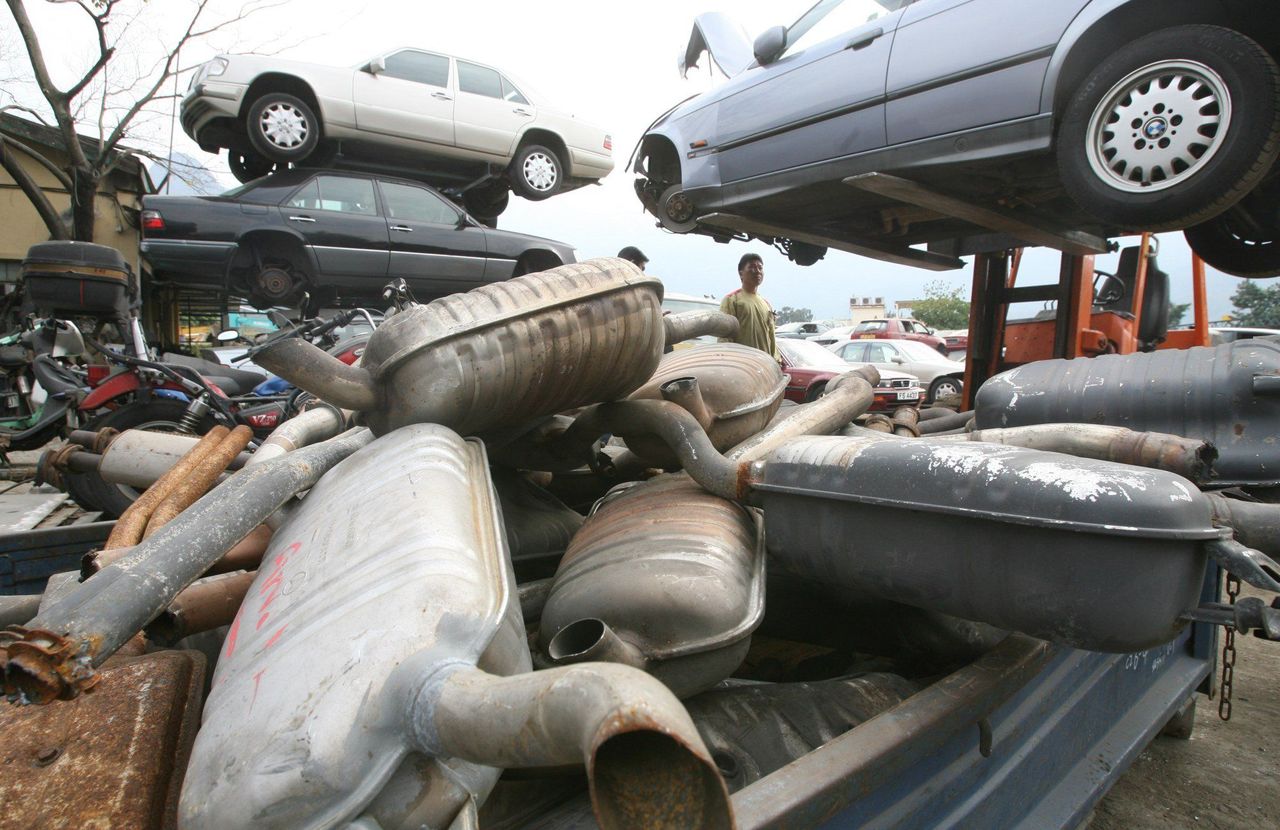 Old car parts collected at a scrapyard in Yuen Long in 2007.

On a radio show discussing the issue, I suggested a HK$100,000 (US$13,000) deposit but others thought that it was too high. Southern district councillor Paul Zimmerman counter-proposed HK$10,000, but I think that is too light. The right number is probably somewhere in the middle.

An additional benefit of a higher figure is that it would help constrain growth in private vehicle ownership, which is also a transport policy objective.

In the long term, such measures should be effective in tackling the problem of abandoned vehicles without tiresome and labour-intensive prosecution. In the short term, we could introduce a modified arrangement for vehicles already on the road, say HK$20,000 when an existing used car changes hands for the first time.

Why stop at cars, I hear you say. What about refrigerators and other bulky furniture items not always disposed of properly? Why indeed.