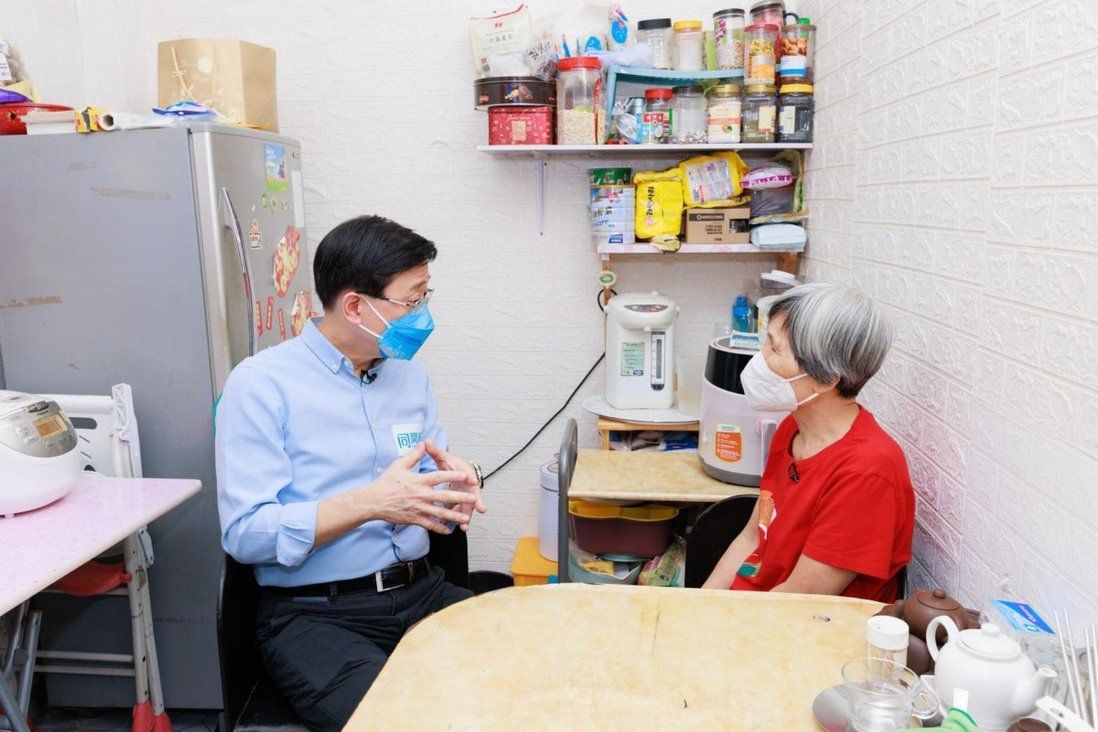 John Lee wants to revive an old government think tank to advise public policy, but the limited and short-term research and planning capabilities of the past won’t cut it today. Like the central government, the new administration must set its sights on more far-reaching goals.

The plan is “to reinstate an official think tank in the heart of government with the aim of conducting policy research and taking the pulse of society to address a current deficiency in the administration”. But can a revived CPU meet the needs of our time?

Chief Executive Carrie Lam’s decision to wind up the CPU deprived her team of the ability to carry out high-level and cross-functional strategic planning – just as the city was entering a phase when this kind of planning capability was most needed.

As President Xi Jinping has said on many occasions, we are experiencing “great changes unseen in a century”. In a world facing geopolitical upheavals, a pandemic, a climate crisis, a shifting technological landscape and a brutal war in Ukraine, Hong Kong should expect much volatility at a global level.

Closer to home, Hong Kong is dealing with the impact of Covid-19 and the aftermath of the 2019 protests, as well as perennial issues such as the housing shortage, education reform, and inadequate upward social mobility.

Since 2020, Hong Kong has begun to integrate its goals with those of the mainland. Yet while China has a well-functioning planning system at both the central and local levels, Hong Kong has no such equivalent.

Pundits have called this a “state-planning approach” and criticised it for not being market oriented. They are wrong. Though China’s approach has its roots in Soviet-style central economic planning, it has evolved into something very different.

China has bred a large number of entrepreneurs and private-sector businesses that invest and operate according to the principles of a market economy as well as policies set by the state.

Local governments often support these businesses’ growth while they try to align themselves with central government policies. Many foreign companies have also benefited from this approach.

The success of state-led economic growth is evident in the rapid rise of the East Asian Tiger economies. The model is also akin to that of US president Franklin D. Roosevelt’s New Deal. Even President Joe Biden’s “Build Back Better” campaign includes a significant dose of government involvement.

The CPU was established in Hong Kong in 1989, during British colonial rule. Its purpose was to provide policy analysis and recommendations to the governor on overarching, cross-bureau issues. Ironically, it was formed when the government was supposedly practising a policy of “positive non-interventionism”.

The CPU remained in place after the 1997 handover. I was a part-time member during Tung Chee-hwa’s leadership. While the CPU was focused on getting feedback from the general public on government policies and was not perhaps as strategic as it should have been, it was nonetheless able to gather a certain level of strategic thinking from professionals outside government.

Still, a replica of the old CPU won’t meet the strategic needs of Hong Kong today. The “new CPU” will need to cover a broader spectrum.

In these turbulent times, it is imperative that the next administration build a strategic planning capability that transcends bureaucratic silos and sees Hong Kong both within a Chinese context and a global one. It should also look beyond the incumbent “short-termism” of the current administration to address more deep-seated issues.

It is a common practice for multinational corporations to have a strategic planning organisation to help them stay afloat in fast-moving currents. Strategic planners help senior executives form a view of the future, understand the opportunities and threats, and identify the best course of action.

Governments need to address broader and more complex issues than corporations; the need for strategy planning capability is even more acute.

Strategic planning is a professional discipline. A strategy starts with a clearly defined purpose and an understanding of the forces driving each decision that needs to be made. Every strategy has to address four fundamental questions: Where to play? How to play? When to play what? And, what’s our right to win?

The next administration will need to find the right talent to build such an organisation. Those selected will be required to work closely with their counterparts on the mainland – in particular, the NDRC – and with key officials in Hong Kong.

They will also need to form connections with the planning organisations of other governments, as well as key opinion leaders and think tanks. And, since the public is itself a key source of intelligence, this team will need to embed itself deeply in the local community.

As such, its leaders must be not only well trained in strategic thinking and analysis, but also able to articulate complicated thoughts in a language that others can understand and appreciate.

The people of Hong Kong have high expectations of the new administration. Creating a strategic planning capability, far beyond that of the old CPU, should be a priority.