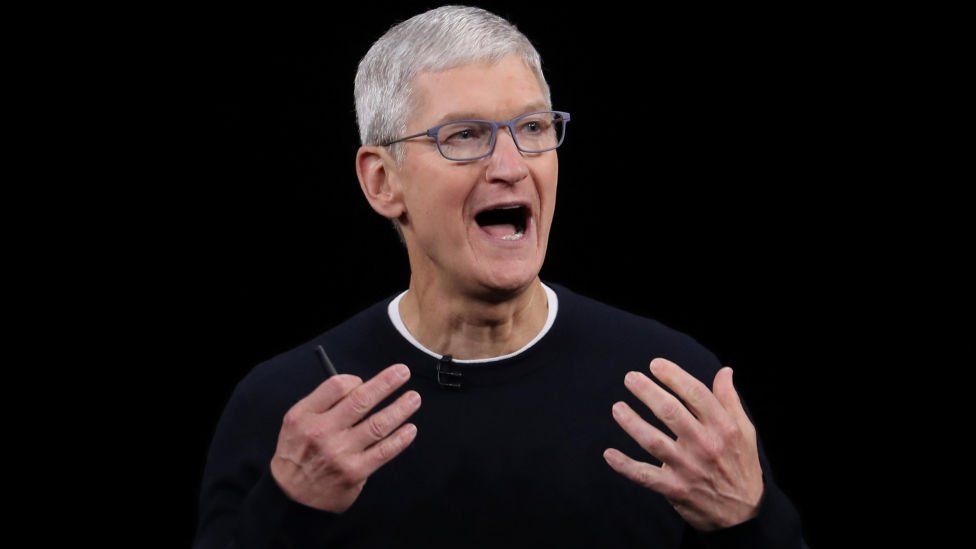 A global shortage of computer chips is threatening to eat into the technology giant's profits.
Apple has warned of potential product shortages later in the year.

A computer-chip shortage has been accelerated primarily by pandemic-driven disruptions over the past year.

Industries around the world are struggling to meet a surge in demand for products such as cars, high-tech gadgets and smartphones.

And Apple chief executive Tim Cook says supply issues could affect products that feature its own M1 chip, which include the new iPad Pro and iMac 2021.

The shortage could threaten Apple's profits, which it revealed on Wednesday were up 54% year-on-year.

"We expect to be supply-gated, not demand-gated," Mr Cook told analysts.

"We have a good handle on our demand - but what everybody else is doing, I don't know.

"We will do our best, that's what I can tell you."

It would be "very, very difficult" to predict when the shortages would end, he added.

The huge cost of chip manufacturing facilities means they operate at near full capacity, so it will take time to meet the increased demand.

"While manufacturers and business scramble to try and solve the shortage in semiconductors, the current issues can be traced back to 2018 and the beginning of the US-China trade war," Ben Barringer, equity research analyst at Quilter Cheviot told the BBC.

"This has simply been exacerbated by the Covid crisis as companies look to meet the surge in demand they are experiencing or are about to go through as economies open up."

Apple has seen sales of its phones, apps and other devices rise throughout the pandemic, as consumers spent more time working, shopping, and seeking entertainment online.

Oh ya 44 days ago
Just buy the Huawei phone instead. As good a phone and way cheaper. Maybe you that have to brag you have a iphone can just get a decal to put on it
View all comments (1)Add comment