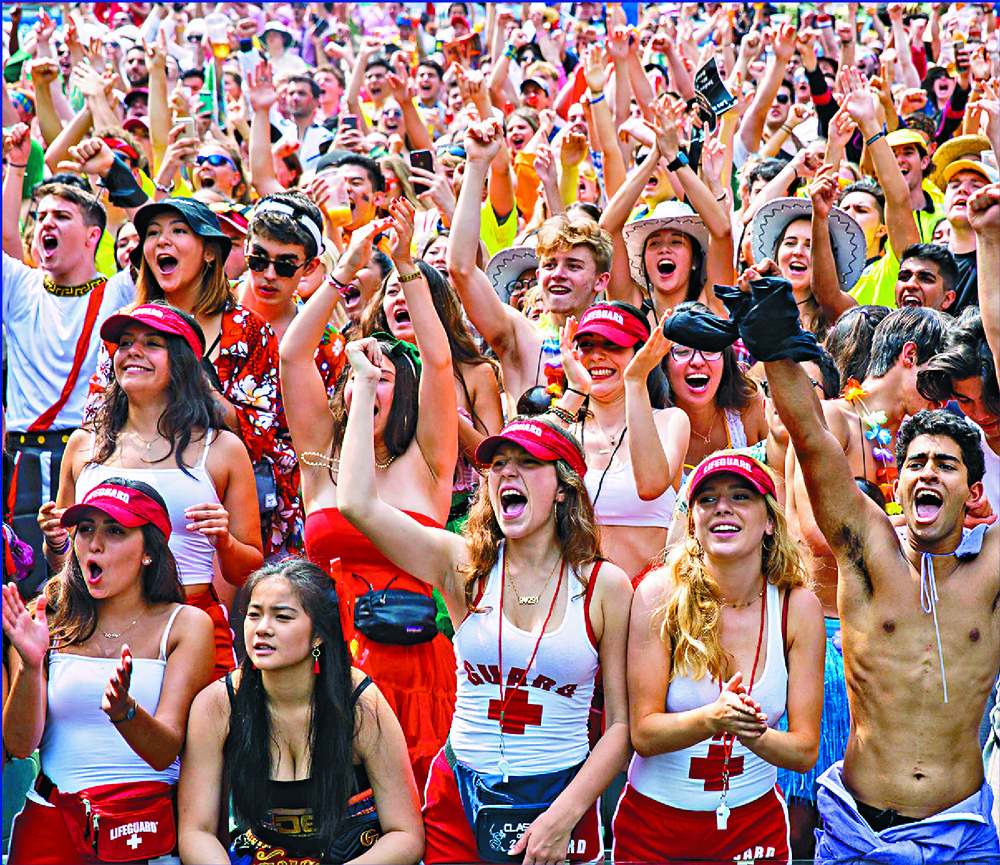 About 10,000 Sevens tickets go on sale from 10am today on the Hong Kong Rugby Union's ticketing platform as the countdown begins for the return of the November 4 to 6 event after a pause of three years.
Prices are frozen at 2019 levels, with a three-day event pass at HK$1,950 for adults and HK$950 for children aged 12 and under. All tickets will be sold on a first come, first served basis.

Apart from 9,000 event tickets previously distributed through a public ballot and the 10,000 three-day tickets on sale from today, a small number has been reserved for any increased international demand in the wake of the city's shift to the 0+3 day arrival policy, the union said.

That is equivalent to 50 percent of the stadium's normal capacity, which is capped at 85 percent this year.

That means the Sevens, which used to attract crowds of 40,000 at the Hong Kong Stadium, will limit the number of spectators to around 34,000 in November.

"We are hugely thankful for the support we have received from our rugby community and stakeholders to date," said union chief executive officer Robbie McRobbie.

"It is comforting to know that we have already sold well over half of our tickets within our sporting community and we are delighted to welcome ... the rugby world back to Hong Kong in November."

The union said it has already reserved single rooms at local hotels for all international players and officials to be placed under a strict closed-loop bubble system.

Designated transportation will also be in place to take them to their training sites.

McRobbie previously noted that the union had suffered a loss of over HK$250 million with the Sevens being canceled or postponed in the previous years and had since axed half of its employees.

Players will be able to take part in six activities in different locations around the virtual stadium.