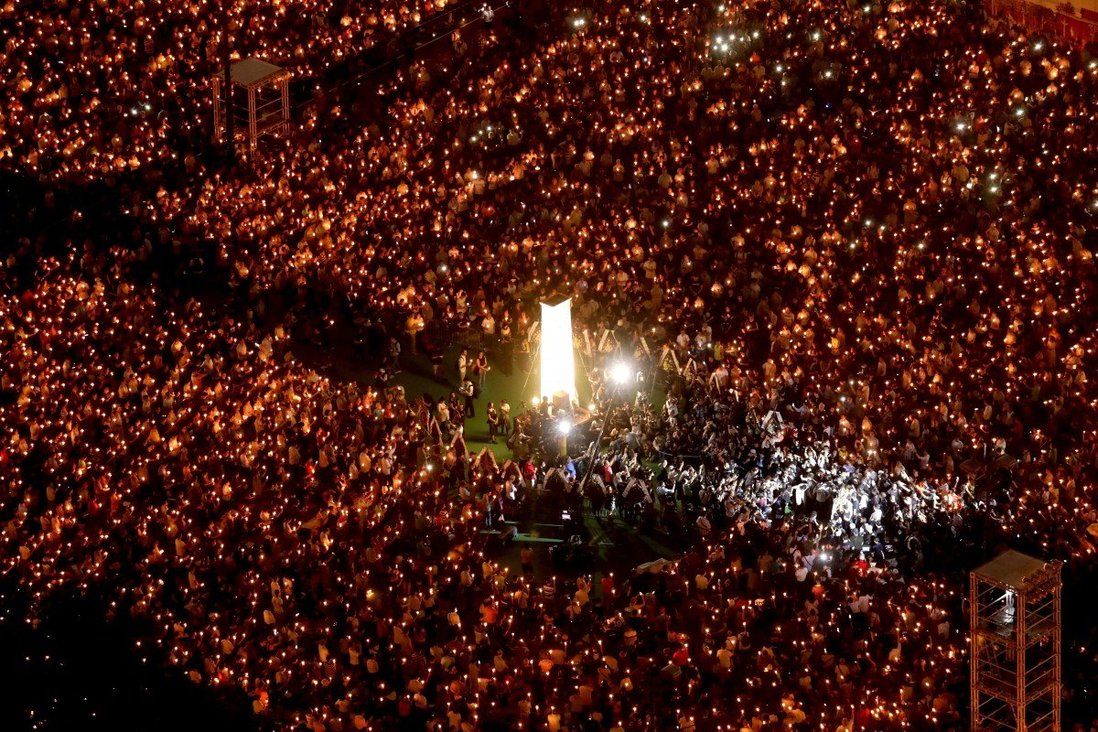 The group behind Hong Kong’s annual vigil marking the Tiananmen Square crackdown closed its online platforms on Thursday evening to comply with an order from national security police amid an ongoing probe.

The Hong Kong Alliance in Support of Patriotic Democratic Movements of China said the group, its seven standing committee members and company secretary received a letter from the police commissioner last Friday and were given a week to comply.

The alliance, however, had opened another Facebook page earlier on Thursday to issue its latest news. On the page, it describes itself as a non-profit body.

“The letter says the police force invokes the power under the implementation rules of Article 43 of the national security law, ordering the alliance to delete the messages on designated electronic platforms,” a post on its old Facebook page said.

“As such, the alliance will remove messages from its website, Facebook page and other designated electronic platforms at 10pm on September 16.” 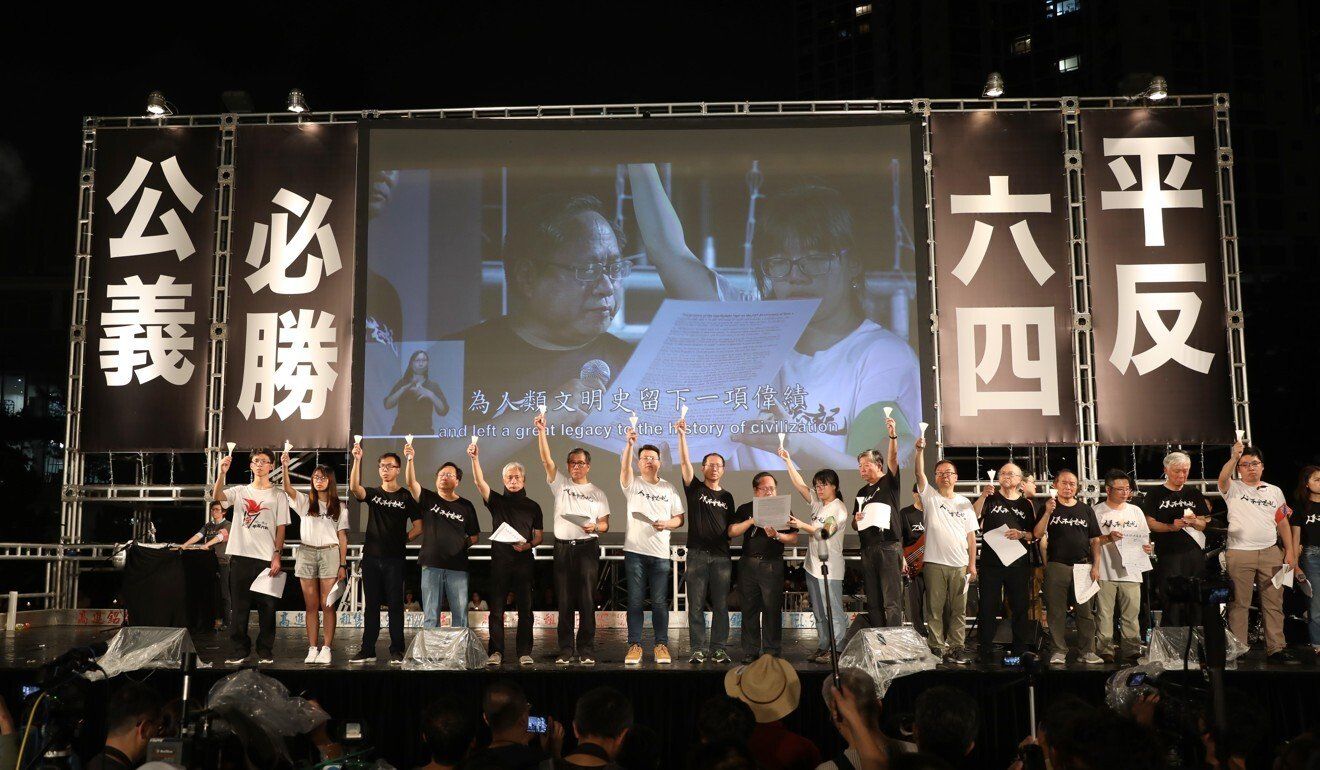 The alliance has been operating in Hong Kong for more than three decades.

But an online June 4 museum, which tells the story of the 1989 Tiananmen Square crackdown in Beijing, will not be affected, according to the alliance.

The virtual “8964 Museum” was launched last month after the physical site run by the alliance was forced to close following a fine for operating without a proper licence. The online museum was operated by an independent curating team separate from the alliance, it said at the time.

A police spokesman said on Thursday it would not comment on individual cases and that the force would “take action based on the practical situation in accordance with the law”.

The spokesman cited schedule 4 of the implementation rules of Article 43 and said it targeted messages published on electronic platforms that could threaten national security.

“The lawful use of the internet by citizens will not be affected,” he added.

The alliance has come under increasing political pressure since Beijing imposed the national security law on the city in June last year.

Last month, it was accused of acting as a “foreign agent,” an offence under the national security law. Police demanded it hand over its financial, operational, meeting and activity records for the past eight years but the alliance refused.

Vice-chairwoman Chow Hang-tung and four other standing committee members were last week charged with not providing information as required.

Separately, Chow and fellow leaders Lee Cheuk-yan and Albert Ho Chun-yan were charged with incitement to subvert state power. Ho earlier this week announced his immediate resignation from the alliance as well as two other groups with links to it.

The alliance recently announced plans to disband after 32 years of activism. It planned to hold an extraordinary general meeting next week to vote on the move.

The authorities were also seeking to deregister the alliance under the Companies Ordinance.

Once branded “subversive” by Beijing, the alliance has operated in Hong Kong since May 1989. Among its five goals are “ending one-party dictatorship” in mainland China, “building a democratic China” and “demanding accountability for the June 4 crackdown”.

Since 1990, it has organised the annual June 4 vigil and related activities to commemorate the crackdown. Local authorities banned the vigil this year and last, citing public health concerns amid the coronavirus pandemic. 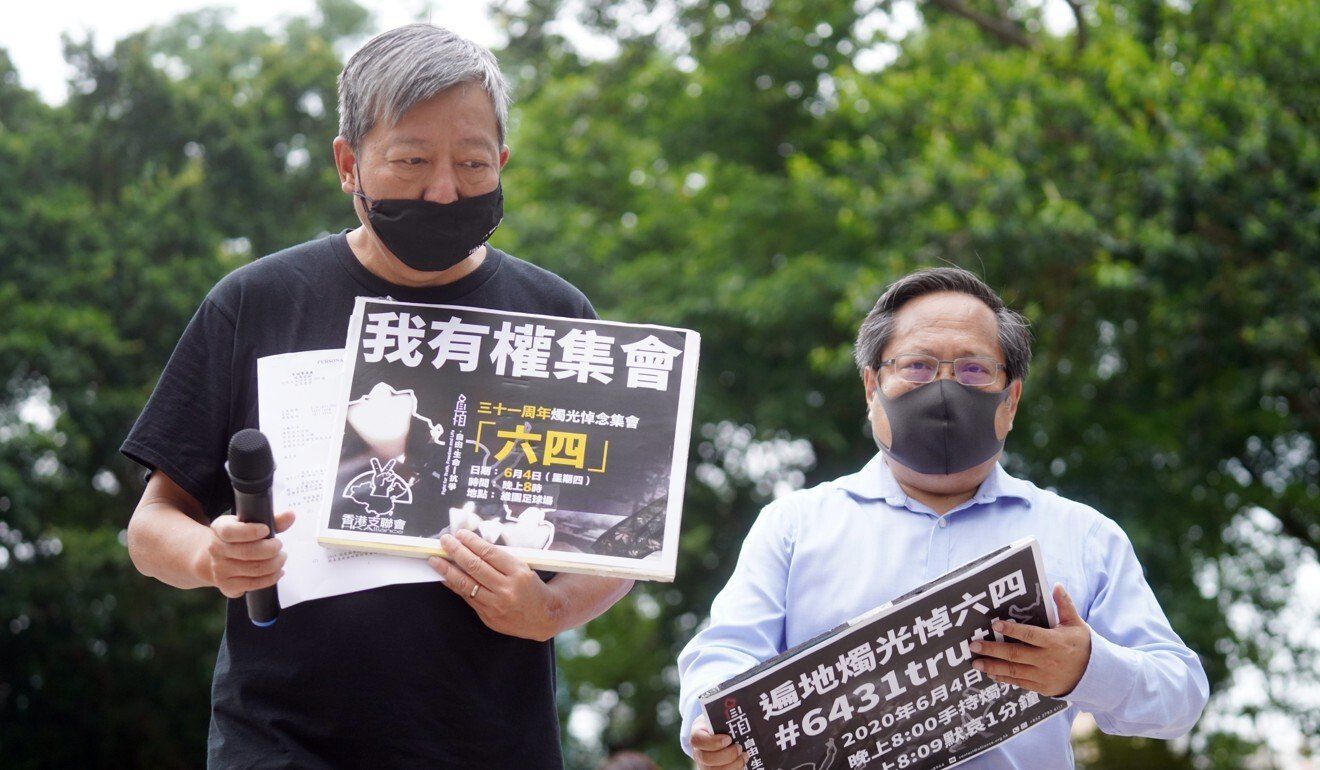 The alliance was incorporated in June 1989 as a limited company.

Its Facebook page was created in 2011 to disseminate information about its activities and the group’s news. The information is mainly in Chinese. Some 25,000 have “liked” or are “following” the page.

Its official website includes a page appealing for donations to support the legal costs of members and other activists who were arrested for taking part in alliance activities. By the end of July, it had raised more than HK$217,000 out of a target of HK$1 million.

Its YouTube channel opened in 2010 and includes video clips of past vigils, and interviews with relatives of victims of the crackdown. The latest videos posted were a series of talk shows on mainland China politics hosted by former alliance standing committee members Richard Tsoi Yiu-cheong and Lo Wai-ming.