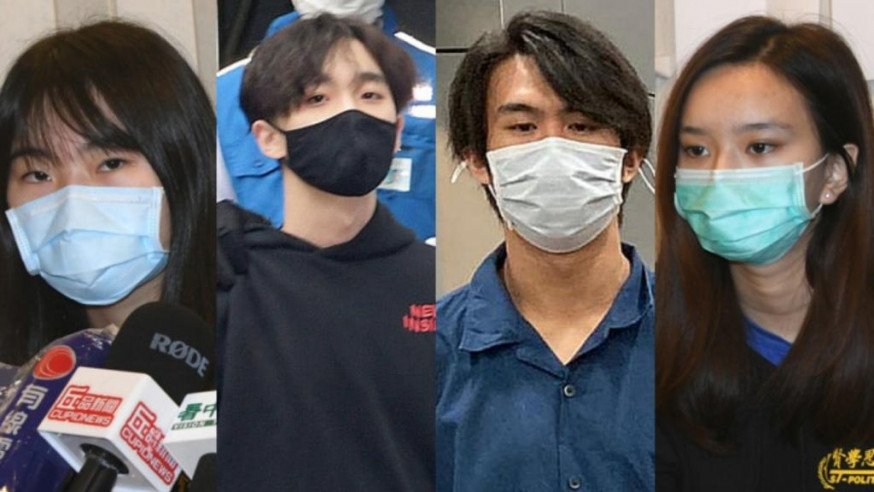 Three young Hong Kong activists were jailed on Saturday under a Beijing-imposed national security law, in the latest case of authorities taking a hardline approach toward political speech.
The activists from the now-disbanded group Student Politicism, aged 19 to 21, were accused of making speeches and handing out leaflets urging the public to overthrow the Chinese communist regime.

In July, they pleaded guilty to “conspiracy to incite subversion,” an offense under the security law that Beijing imposed on Hong Kong following months of huge and sometimes violent democracy protests.

Judge Kwok Wai-kin said on Saturday that the booths set up by the activists in busy areas had been “popular” with passers-by and constituted a “deliberate challenge” to the security law.

“Although there is no evidence of anyone being incited, the nature of the offense is preventative so this fact will not reduce the defendants' criminality,” Kwok said.

Chu Wai-ying, 19, was jailed for two and a half years.

A fourth defendant, 20-year-old Wong Yuen-lam, was sentenced to up to three years at a detention facility for young offenders.

As proof of subversion, the judge cited the messages spread at seven street booths held over the course of eight months – including calls to disobey anti-epidemic policies and to prepare for an upcoming revolution.

Street booths with megaphone-wielding politicians and activists used to be a common sight in once-outspoken Hong Kong, but they have all but disappeared as China cracks down on dissent and remoulds the city in its own authoritarian image.

Hong Kong leader John Lee has previously insisted that it is incorrect to say the city prosecutes “speech crimes,” as people are judged on the basis of their actions, not just words.

As of last month, 210 people have been arrested under the national security law and over half have been charged.
Add Comment