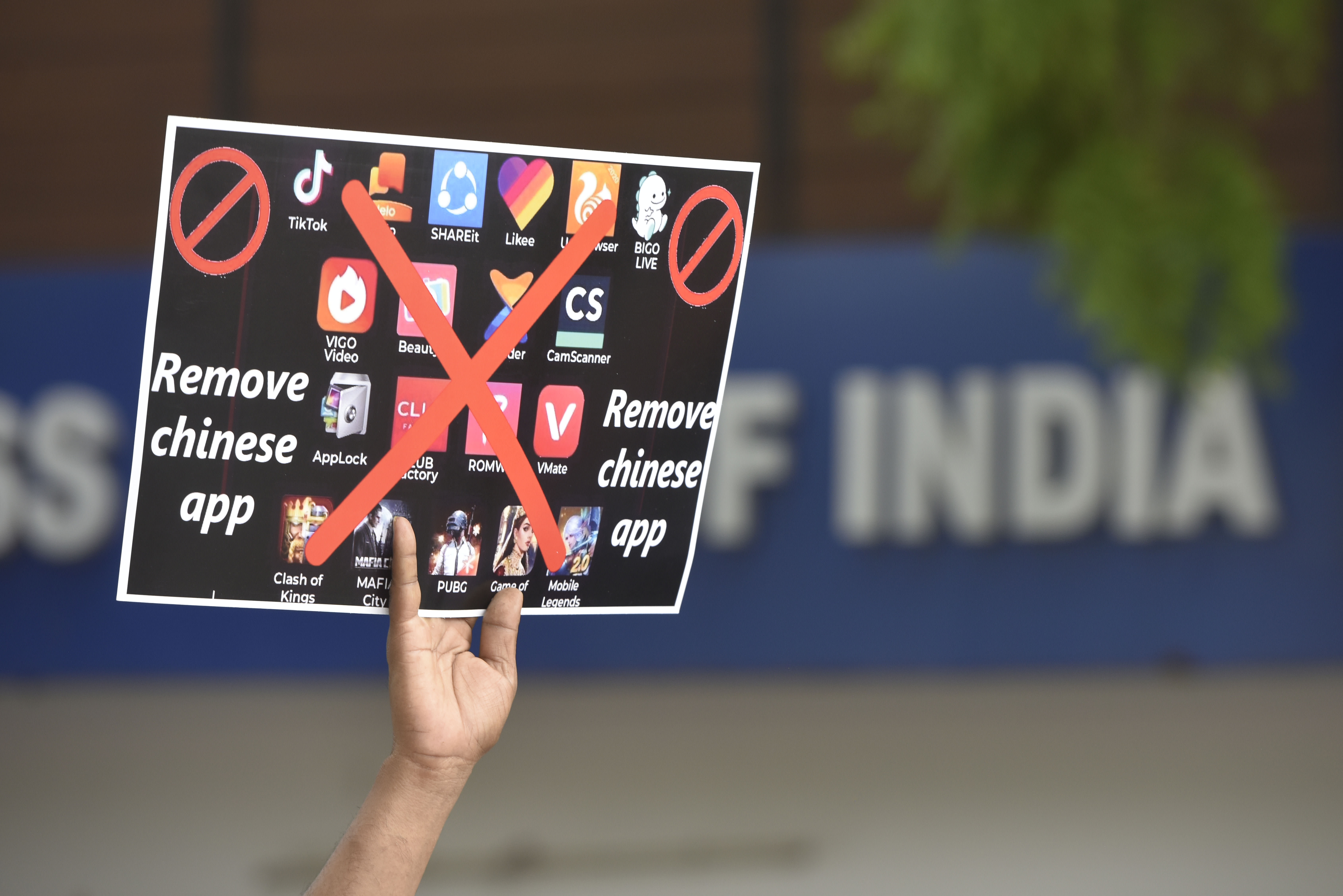 Data shows China’s influence in trade, investment and technology in India has grown substantially over the years. India runs a trade deficit of more than $46 billion with China. Chinese firms have invested heavily in India’s growing technology sectors - in the smartphone industry, four of the top five device makers in India are Chinese.

A border clash with China in the Himalayas left 20 Indian soldiers dead and soured public sentiment, with many in India, including some local politicians, calling for a boycott of Chinese products.

It exerted pressure on Prime Minister Narendra Modi’s government to respond even as military commanders from both sides continue to be engaged in negotiations to alleviate tensions. India banned dozens of Chinese mobile apps last week, which drew Beijing’s ire.

But experts say it is difficult for New Delhi to disengage from Beijing and reduce its ties in the near term because of how intertwined the countries have become in recent decades.

Data shows China’s influence in trade, investments and technology in India has grown substantially over the years.


India has an asymmetric trade relationship with China, its largest trading partner after the United States.

Government data showed India imported more than $65 billion worth of goods from China between April 2019 and March this year and exported only around $16.6 billion worth of products. That left New Delhi with a more than $48 billion trade deficit with Beijing. Still, trade volume is down from the previous fiscal year that ended in March 2019 while reports suggest India is planning additional duties on certain Chinese imports.

India imports intermediate and finished products from China including electrical machinery and equipment, consumer electronics, chemicals, pharmaceuticals and electronic components among others.

“Reducing dependency on Chinese imports is easier said than done,” Kunal Kundu, India economist at Societe Generale, told CNBC. “It has to be medium to long-term policy with attendant policy moves.”

Kundu explained that most of the goods India imports from China can be manufactured in the country. The government needs to provide the right kind of policy support for micro, small and medium businesses that make some of those products, including those operating in India’s informal sector, he said.

But that would take time to materialize. The current economic outlook remains bleak as India is reeling from the aftermath of a national lockdown with the number of coronavirus cases continuing to increase.

India’s inadequate integration with the global supply chain also means companies that are moving out of China are looking to places like Vietnam to set up their factories, according to Kundu.

“While India’s ability to increase its attractiveness as (an) investment destination is more of medium to long-term prospect, in the shorter term it would make sense for India to expedite various FTAs,” he said, referring to New Delhi’s free trade agreements with other Asian countries, the European Union and Latin American nations.

Between 2015 and last month, there were 42 deals worth $8.7 billion announced where the investor was a Chinese firm and the target company was based in India, according to information provided to CNBC by Mergermarket. Each deal had a value of more than $5 million, according to Mergermarket.

Chinese investors have put an estimated $4 billion into Indian start-ups, according to a report from foreign policy think tank Gateway House earlier this year. As of March, 18 of India’s 30 unicorns - start-ups valued over $1 billion - have received funding from Chinese investors.

“Second, China provides the patient capital needed to support the Indian start-ups, which like any other, are loss-making. The trade-off for market share is worthwhile. Third, for China, the huge Indian market has both retail and strategic value,” the report said.

India already introduced restrictive measures on Chinese foreign direct investments before last month’s border clash. Restrictions on investments from China might potentially hamstring India’s start-ups in the near term as they will have to look elsewhere to raise fresh funds.


India is one of the fastest-growing digital consumer markets in the world, with more Indians coming online every day. That makes the country a very lucrative market for tech companies. Chinese tech firms including Alibaba, Tencent and TikTok-owner ByteDance compete regularly with the likes of Facebook, Amazon and Google to reach Indian consumers.

For example, India has one of the largest smartphone markets in the world outside of China. Four of the top five smartphone brands in the country are Chinese and control about 80% of the market while homegrown brands have only 1% of the market, according to Counterpoint Research.

“It would be difficult to replace the Chinese smartphones as there are very few alternatives in India,” Counterpoint Research analysts told CNBC, adding that homegrown smartphone makers would have to invest significantly in research and development to make a mark.

But, India can implement restrictions in areas like the telecommunications sector where there are alternatives available, the analysts said. That means New Delhi could cite security and privacy concerns to block the likes of Huawei and ZTE from participating in the country’s telecom infrastructure. Some reports already suggest that Huawei could potentially be banned from India’s 5G rollout.

“Such a move by India will be a big blow since the Chinese vendors account for roughly one-fourth of the Indian market,” Counterpoint Research said, explaining that most Indian telco operators use equipment from Huawei and ZTE.

To be clear, none of the apps India banned last week were from local companies that were funded by Chinese investors.

Gateway House in its report said China sees another early opportunity in India, with a potential shift to electric mobility. While India has ambitious goals in the electric vehicle space, China already dominates the market and the supply chain, manufacturing key components for the sector.

As such, analysts have said that any accelerated moves from New Delhi to reduce India’s exposure to China in the short-term may result in supply disruptions and higher input costs, making it a costly move for the economy.