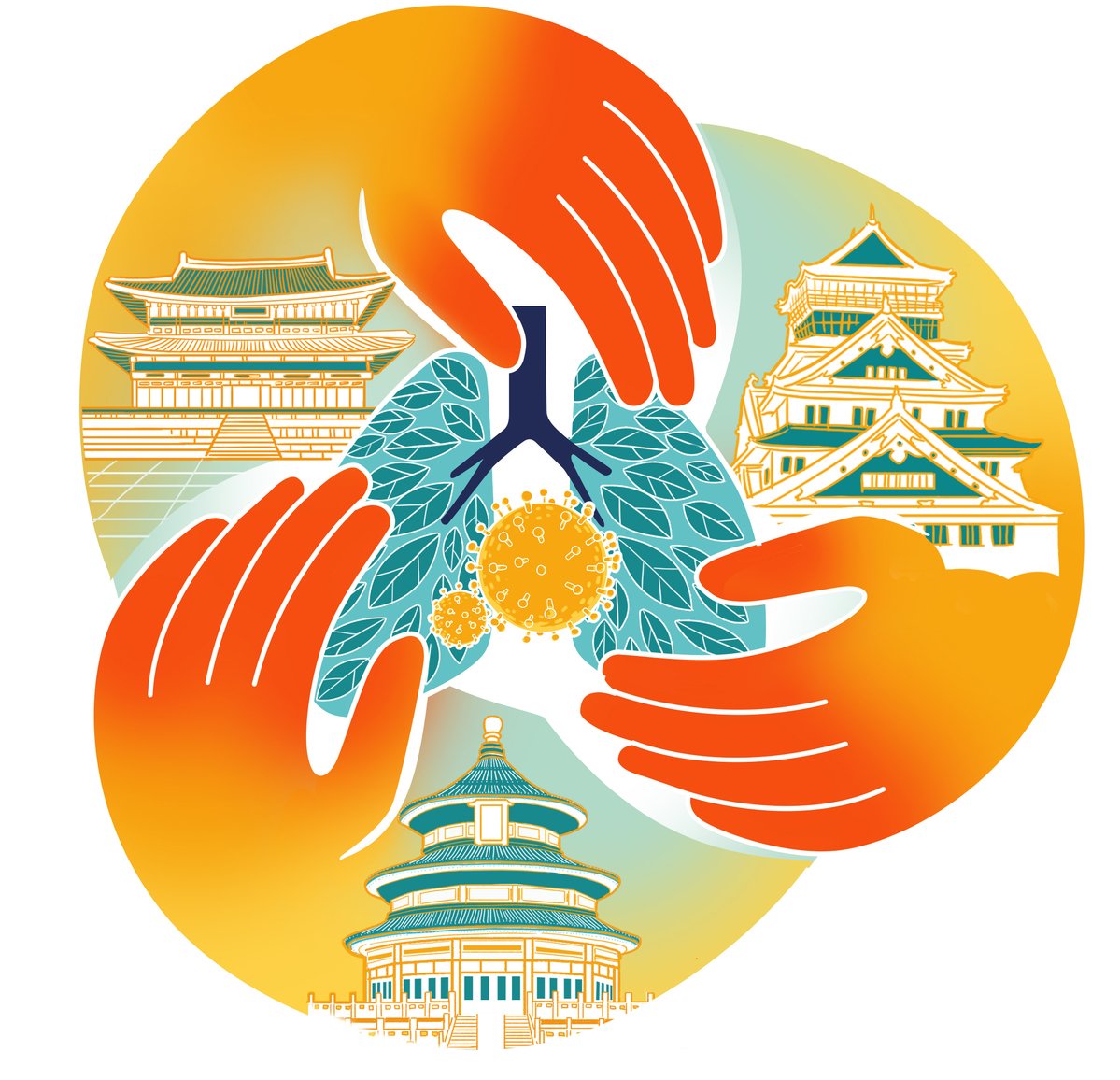 Three neighbors must stand together

During the severe acute respiratory syndrome outbreak in 2002-2003, China accounted for 4.3 percent of the world's GDP, which increased to 15.8 percent last year. While China's contribution to world economic development last year was 27.4 percent.

So if the novel coronavirus outbreak reduces China's growth, its impact will be greater than that of SARS, not only on China, but also Japan, the Republic of Korea and East Asia as a whole, indeed the entire international community. Since the epidemic outbreak, the Chinese government has taken unprecedented measures to prevent and control the disease, which while gradually yielding results have also temporarily frozen much of the domestic market and suspended the operation of many factories.

Thanks to the epidemic, global oil prices have fallen, global supply chains have been seriously hit, and many factories in China's neighboring countries have suspended production. And since Chinese tourists spent $130 billion on overseas trips in 2018, the sudden drop in the number of Chinese traveling abroad will deal a serious blow to the global tourism industry and related sectors.

Epidemic will have big impact on ROK economy

The service sector now accounts for 54 percent of China's GDP, up from 42 percent in 2003, and consumption contributes more than 70 percent of the country's growth. This means that China's economy is much more dependent on services and consumption than it was at the time of the SARS outbreak. And given that consumer demand reaches its peak during Spring Festival, the epidemic outbreak just before the Spring Festival holiday has hit the Chinese economy hard.

As 25 percent of the ROK's exports are destined for China, the ROK is likely to bear much of the impact of the epidemic in China. With consumption shrinking and industrial production taking time to recover in China, the ROK's exports of intermediate and consumer materials to China will decline. As such, the businesses of ROK enterprises in China are expected to be severely hit.

The ROK's industrial chain is closely linked to the Chinese economy, and once the supply of intermediate materials from China stops, the production of finished goods in the ROK too will be interrupted. And since China's share of the ROK's tourism revenue has increased from 14 percent in 2003 to 48 percent in 2019, a drastic reduction in the number of Chinese tourists to the ROK due to the epidemic will surely reduce the ROK's tourism sector revenue.

Japan may face a tough test ahead

If the outbreak in Japan worsens, the country's exports to China will decline, which will hurt the Japanese companies operating in China, because about 1,900 Japanese enterprises operating in China are mainly engaged in manufacturing, and China is the destination of 37 percent of the global exports of auto parts. And with Chinese tourists accounting for 40 percent of all foreign visitors to Japan, the Japanese government is closely watching the impact of the epidemic on its own economy.

Considering that the East Asian value chain is now centered on China, it will greatly benefit Japan and the ROK if China contains the epidemic sooner rather than later. If the epidemic continues longer because of a lack of coordination among China, Japan and the ROK, it could have a huge impact on the manufacturing plants of the three countries and suppress their consumption.

The countries that account for a large percentage of the supply of intermediate materials to China are the United States, the ROK, Japan and Germany, and these five have been hit by the virus. In other words, if something goes terribly wrong with China's intermediate material supply capacity, it will affect the global economy.

Post-outbreak development policies being worked out

While focusing on epidemic prevention and control, China, Japan and the ROK are also preparing policies to stabilize their economies after the epidemic is contained. The Chinese government is mulling interest rate cuts and tax cuts to expand liquidity supply and infrastructure investment, while the ROK is providing small and medium-sized enterprises with liquidity relief assistance and working out macroeconomic policies to deal with its economic woes.

Japan, on its part, is extending financial relief to its tourism enterprises, as well as small and medium-sized enterprises, which are facing great difficulties. Such measures will not only help the three countries overcome the impact of the epidemic but also play a crucial role in promoting their and the global economy's recovery.

Apart from establishing a joint anti-epidemic mechanism, the three countries can also strengthen international cooperation to prevent and respond to the outbreak of infectious diseases, such as advancing cooperation to help tackle infectious diseases in developing countries with weak health infrastructure, in order to contribute to the continued health of the global village.

By cooperating in the fight against the novel coronavirus, China, Japan and the ROK can further deepen their cooperation and mutual understanding, consolidate their mutual trust, and take a solid step toward common peace and prosperity.
Add Comment