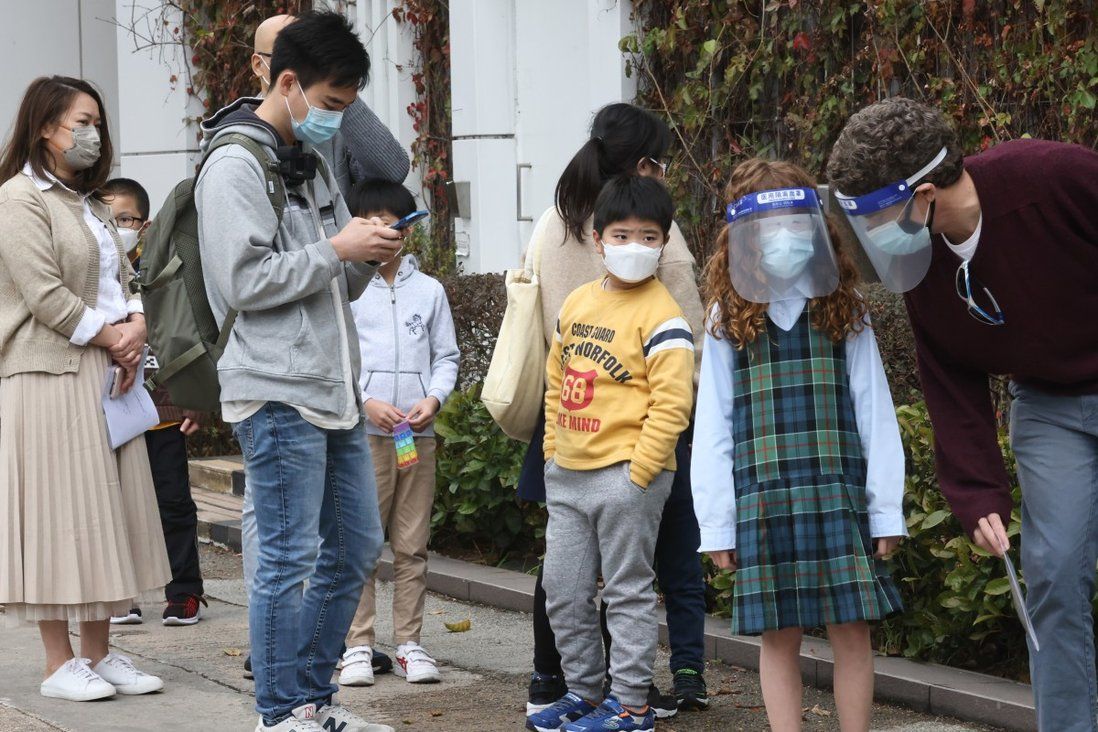 Survey by the Society of Hospital Pharmacists finds 80 per cent of vaccine-hesitant parents of young children are concerned by possible side effects, death.
More than three-quarters of parents with young children have said they will not let their youngsters receive a Covid-19 vaccine, with 80 per cent citing side effects or death as their main concern, according to a survey.

The survey was published by the Society of Hospital Pharmacists, which last month interviewed 322 parents of children aged five to 15.

According to the survey findings, released on Sunday, about 76 per cent of respondents with children aged five to 11 said they were unwilling to vaccinate them within the next six months, three times more than the amount of parents with older children.

Among vaccine-hesitant parents, about 80 per cent with young children said they were most concerned about possible side effects or death after inoculation, compared with 86 per cent who had older children.

In response to the findings, the society urged the government to boost child vaccination rates by opening up more paediatric inoculation centres and offering jabs at schools.

It also suggested providing paid childcare leave and improving communication with parents through the use of infographics to help alleviate any concerns about vaccines.

Vaccine hesitancy was also found in parents who had been inoculated, with about 70 per cent saying they had no plans for their children to receive any jabs.

More than half of those unwilling to inoculate their young children said they were adopting a “wait and see” approach towards the vaccines.

However, 82 per cent of parents acknowledged that their children had poor hygiene practices and mask-wearing habits.

Medical professionals have advised parents to get their children vaccinated as soon as possible.

Paediatrician Dr Chang Kit said the coronavirus threat was more dangerous to children compared with diseases such as the flu, citing a study conducted in Israel which reported that 10 per cent of infected youngsters had experienced “long Covid”.

Long-term issues included brain fog and heart palpitations, in addition to reports of organ failure in severe cases, he said.

“Omicron is not flu, it can induce a lot of complications and fatal cases. The effects of long Covid should not be underestimated,” Chang said. “Parents should vaccinate their children as soon as possible.”

Since the fifth wave of the pandemic, Hong Kong has recorded hundreds of Covid-19 infections among children aged 11 and below, including the coronavirus-related deaths of two youngsters aged three and four.

The government lowered the inoculation age for the Sinovac jab from five to three years from February 15, while children aged five to 11 can receive the BioNTech vaccine.

Children receiving BioNTech vaccinations will get a third of the amount given to adults, while dosages for Sinovac jabs will remain the same.

As of Sunday, health authorities reported that only 17.5 per cent of children aged between three and eleven had received their first dose of a vaccine.

In response to parents adopting a “wait and see approach”, society president Professor William Chui Chun-ming highlighted Singapore and the United States’ successful vaccination of children, with the former reaching a rate of 65 per cent and the latter inoculating about 9.5 million youngsters.

He said that both the BioNTech and Sinovac vaccines were safe and effective in reducing severe illness and death, with the former reporting a 90.7 per cent efficiency rate.

Chui also warned parents not to ignore vaccinating their children in favour of the emerging reports of oral medications being developed to treat the coronavirus.

“Do not confuse prevention and cure,” he said. “Oral medication is only suitable for adults with light symptoms and there is not enough data for medicating children.”

Among the survey respondents who said they were willing to vaccinate their young children, about 60 per cent reported a preference for the BioNTech jab over the Sinovac one.

Meanwhile, the survey reported that no parents of vaccinated children had reported cases of myocarditis as a result of inoculation. Only 7 per cent of respondents with older children said their teenagers had experienced fever or dizziness.

According to a separate survey from the Education University of Hong Kong published last month, only 9.7 per cent of parents with children aged five to 12 said they were willing to let them receive a Covid-19 vaccine.

About 80 per cent of respondents also expressed concerns about the vaccine’s side effects, while more than half of parents said they had not received any information about the effectiveness of vaccines for children.
#Coronavirus  #Vaccines  #BioNTech  #COVID-19  #vaccine  #Covid
Add Comment