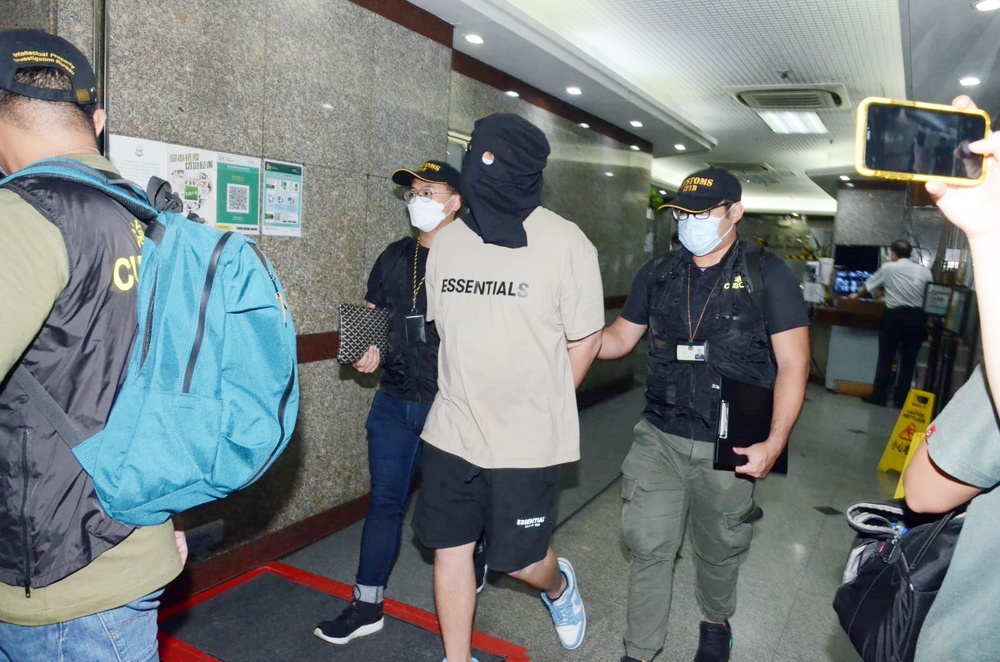 Three staffers of a Kwun Tong fitness center have been arrested by Customs after they tricked two students into signing contracts and forced the two to shoot videos saying they pay for the membership willingly.
The arrestees comprised of a man and two women, aged from 22 to 25, were suspected of imposing undue influence and engaging in aggressive commercial practices in the course of selling fitness services, in violation of the Trade Descriptions Ordinance.

Customs earlier received report, saying that the two secondary school students were intercepted by a staffer of the fitness center on the street. The staffer invited the two to conduct a health test at the center and requested them to provide personal information, including their ID cards and address proof.

The two who told staffers they wished to leave the fitness center, were then requested to sign a document as the staffers asked them to fill in a questionnaire, saying they can leave after signing it. After the two signed the document, the staffers immediately revealed that the document was actually a fitness services contract and forced them to settle the payment.

One was taken away by the staffers to the nearest ATM and paid them around HK$10,000 in cash. The other was forced to transfer a similar amount of money using online banking.

Yet trouble didn't end here as the staffers then forced the two to shoot videos, in which they say they paid for the fitness services willingly.

After investigation, officers mounted an operation today and arrested the three staffers. They also seized evidence including contracts, computers and smartphones. Investigation is still ongoing and officers didn't rule out more arrests to be made.

According to officers, some contracts were membership contracts, granting customers permission to use the equipment there, while some were contracts that included one-on-one training sessions with coaches.

The fitness center involved was not franchised and officers will investigate to see if any criminal offense is involved, according to Customs.

Customs also reminded traders to comply with the requirements of the Trade Descriptions Ordinance and consumers to procure services at reputable shops.
Add Comment