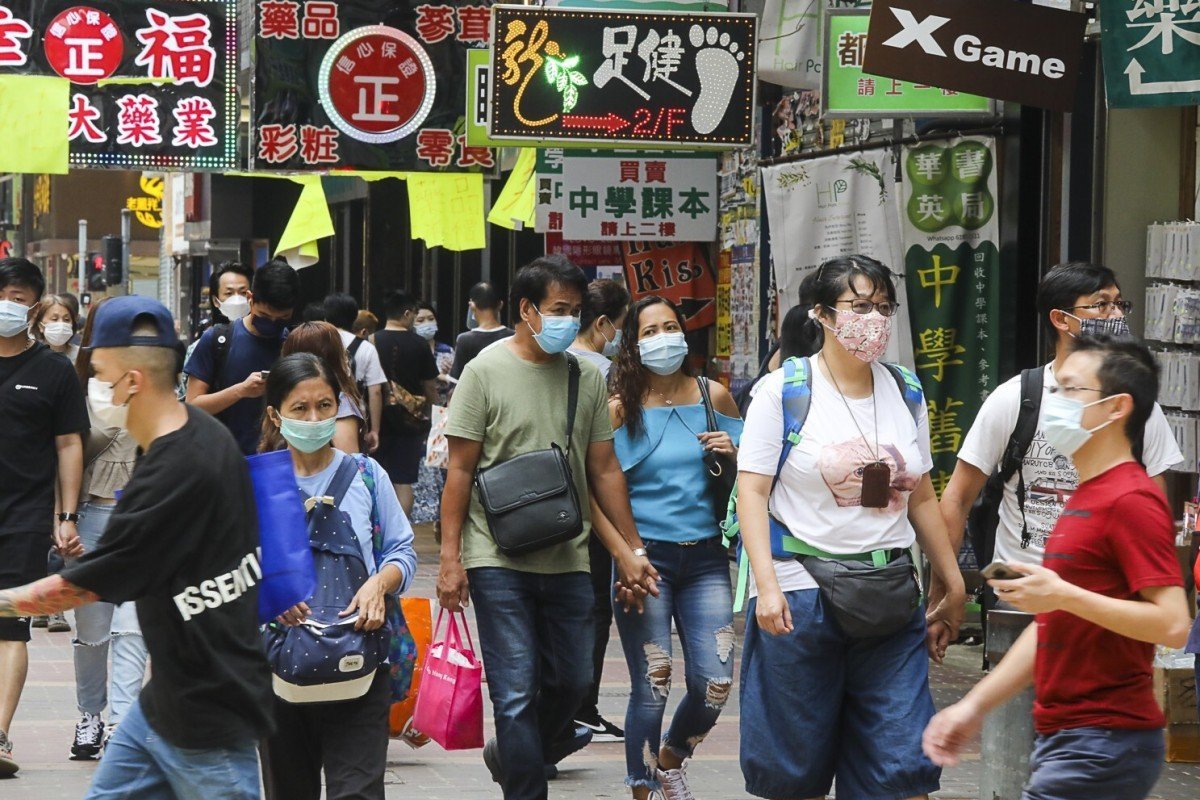 Other new measures include reintroduction of four-person cap on tables at eateries.

“High-risk” groups in Hong Kong will have to undergo mandatory Covid-19 screening under new measures that come into effect on Sunday, health officials have revealed, warning that those who ignore test orders face six months in jail and fines of HK$25,000.

With the city running into a recent spike in untraceable Covid-19 cases, the new regulations could also allow doctors to require any patient suspected of being infected to undergo testing.

Social-distancing rules would also be tightened with restaurant seating cut to four people per table again from Monday. The government was also planning to tighten rules on gatherings in hotel rooms in response to staycation-linked cases.

The moves aimed to plug loopholes that could enable the spread of the virus.

“To prevent the fourth outbreak of the epidemic, the government needs to quickly tighten anti-epidemic measures to prevent transmission from outside and spreading within the city,” Secretary for Food and Health Professor Sophia Chan Siu-chee said on Saturday.

She noted the Executive Council had endorsed mandatory Covid-19 screening for high-risk groups on Friday, adding the authorities would decide when to use the new powers depending on pandemic developments and people’s willingness to take part in the voluntary testing now on offer. 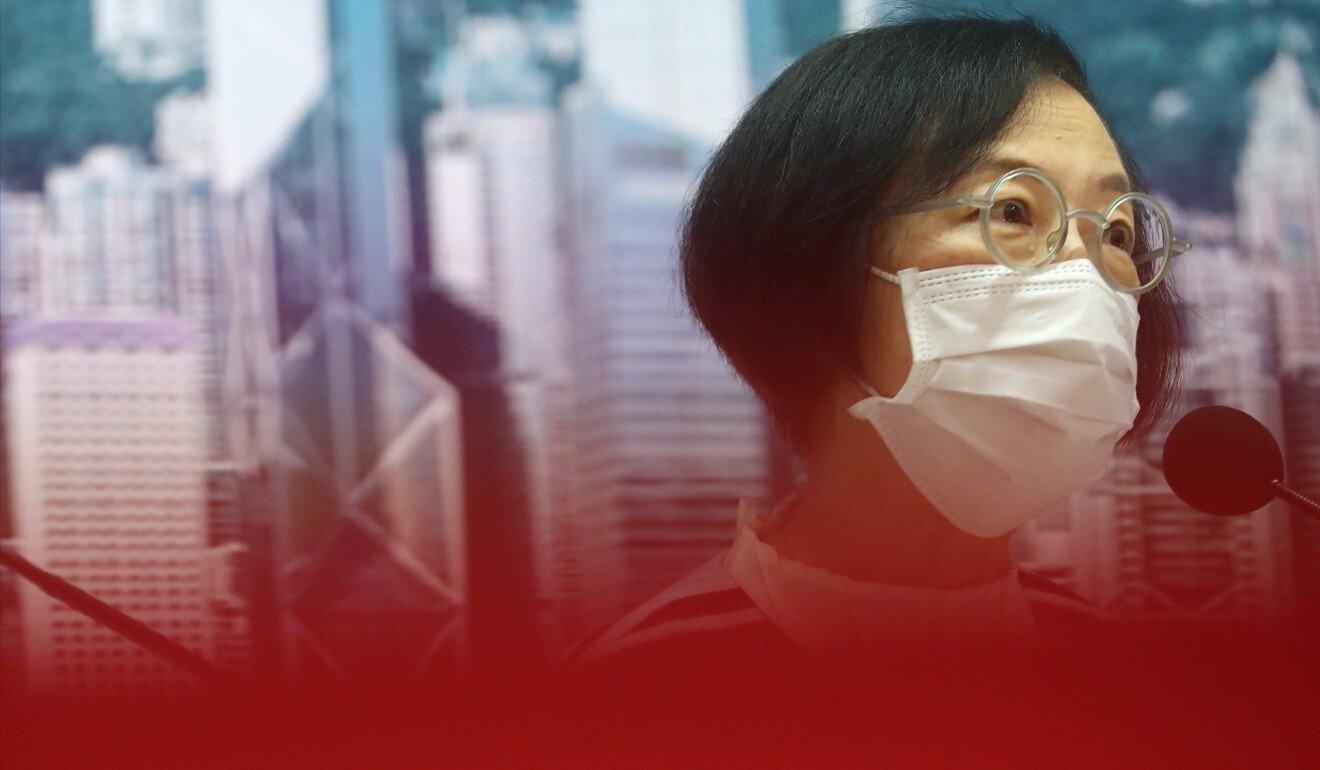 Chan said new measures coming into effect on Sunday aimed to target people with symptoms, outbreaks at workplaces or buildings, jobs with a high risk factor, and those who had returned to Hong Kong and were undergoing quarantine.

However, the details remained unclear, such as how all people from a specific group would be identified, how the regulations would be enforced for various groups, and how to ensure those suspected of having the virus had gone for screening.

From Monday, the number of people allowed at restaurant tables would be capped at four rather than six, and two instead of four at pubs. The hours for on-site services at restaurants and bars would be cut to midnight, from the current arrangement which allows them to operate until 2am.

The operating capacity of restaurants, bars and pubs, and swimming pools, would also be cut from 75 per cent to 50 per cent.

The revised arrangements for catering businesses would last for 11 days until November 26.

As there were recent Covid-19 cases related to staycations, Chan said the government was also planning to include hotels as scheduled premises and regulate gatherings in them.

The plans included limiting the number of people allowed in each hotel room to four, but more could be permitted if the group was all from the same family. Hotels would also register the personal details of all room visitors.

Hotel operators would also be required to ensure people who were undergoing quarantine were located on separate floors from others, and effective measures would have to be taken to prevent those under self-isolation from leaving their room.

“We are all aware of the recent outbreaks arising from staycations. There were infections and they have spread. In light of this, we think we need to rein it in,” Chan said, adding the government was preparing the relevant legal amendment work.

She said the Department of Health would also ban visits for people who were quarantining in hotels, to prevent transmission of the virus from imported cases.

“If people undergoing quarantine in hotels require care from others, they must get approval from the health department. The carer must also be quarantined in the hotel,” she said.

Tightened requirements for those currently exempted from quarantine, including aircrew members, were expected to come into effect in the coming week, Permanent Secretary for Food and Health Thomas Chan Chung-ching said.

Professor Gabriel Leung, dean of the University of Hong Kong’s medical school and an adviser to the government on the pandemic, said the risk of an outbreak was very high, as the local reproductive number of the coronavirus, a figure indicating how many others a patient could infect, had ranged between one and 1.25 in the past two weeks.

The city, meanwhile, recorded eight new coronavirus cases on Saturday, including one with an unknown source of infection.

The latest infections pushed the tally of confirmed infections to 5,444, with 108 related deaths. There were more than 10 preliminary positive cases on Saturday, including one of unknown origin.

The untraceable confirmed case involved a 58-year-old security guard who lives in Tsz Wan Shan and works at Chuang’s London Plaza in Jordan. Three of his colleagues will be sent to quarantine. Two of his family members also tested preliminary positive.

Medical Association president Dr Gabriel Choi Kin said relying only on doctors’ judgment to decide who should be tested was not ideal.

“The presentation of Covid-19 is highly variable. It would be simpler if there was a clear definition on who should be issued with the order,” Choi said, noting symptoms were not limited to a fever or sore throat, and could include skin allergies or heart conditions.

He was worried that leaving doctors to make the decision could affect their relationship with patients. The mandatory testing rule could also deter some people from seeing a doctor.

Wong Po-keung, chairman of the Hong Kong Taxi Owners’ Association, welcomed the move as the current voluntary scheme offered to cabbies had only received a lukewarm response.

According to government data, more than 17,000 samples were collected from taxi drivers for Covid-19 testing so far.

Wong noted the difficulty of locating taxi drivers. He said that while more than 200,000 people held a taxi driving licence, only 50,000 remained in the trade.

Simon Wong Ka-wo, president of the Hong Kong Federation of Restaurants and Related Trades estimated eateries would face an added 20 to 30 per cent decline in business in the next 1½ months.

Leung Lap-yan, founding president of the Licensed Bar and Club Association of Hong Kong, said half of the city’s pubs could go out of business because of the renewed measures.